What I learned from trying out for Playboy 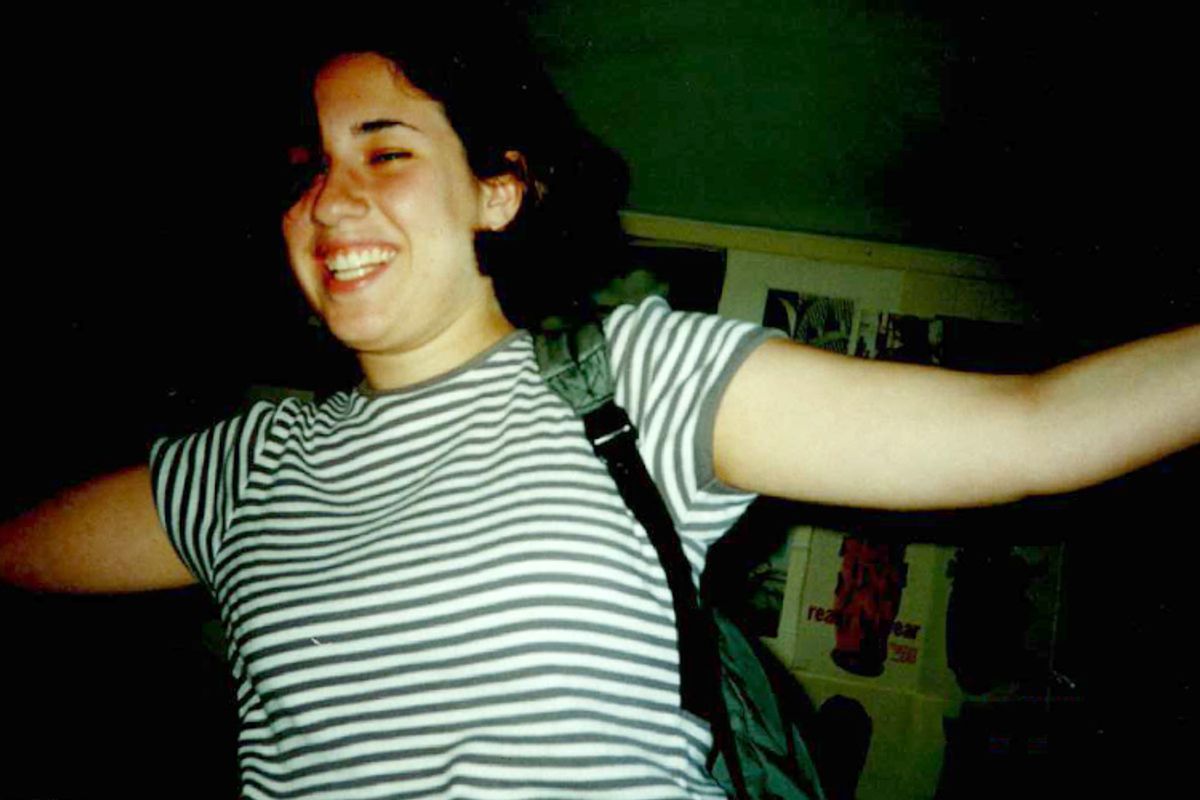 A photo of the author when she was in college.
--

Recently, while perusing the morning Internet, I came across an article about Farrah Abraham, a former star of a former show called "Teen Mom," who was, evidently, desperate to be featured in Playboy magazine.   Twice now, it seemed, Playboy had rejected her offer to pose.  I was surprised by this report, as the Internet claimed that Abraham had not only starred in a graphic sex tape ("Backdoor Teen Mom") but had also undergone breast enhancement surgery; between these efforts and her low-grade celebrity, why wouldn't she meet Playboy's criteria?  The article didn't say, but it did report that she was "disappointed."

I recognized the feeling.

In 1995, I was no teen mom, but rather a sophomore at Columbia University with a terrible haircut and a ballooning case of cystic acne.  My dorm was above a Pizza Hut that accepted the Columbia meal plan; for three or sometimes four meals a day, I consumed a personal pan pizza and a Coke.  The personal pan pizza alone had 620 calories.  Most days I ate lots of other things too.

So not only was I in transition that year in terms of what I looked like, but also, like a lot of college sophomores, I was in transition in terms of who I was.  Every day at college left me deeper at sea.  I tried, for a while, to be more Jewish, but the committed Jews at Columbia all seemed like beautiful people in yarmulkes who had little use for newcomers.  Then I tried to be a fiction writer, but the creative writers at Columbia all read William S. Burroughs and recited their work at parties.  Meanwhile, I scrawled on notebook paper, then burned what I'd written.

I tried to be an art history major, but in those darkened, air-conditioned classrooms, I fell asleep every time.

I'd joined the socialist-leaning college newspaper because I was too intimidated to join the Spectator, Columbia's venerable daily; there, at least, I'd found a community that didn't judge me for being an insecure, acne-covered Pizza Hut enthusiast.  The leftist paper wrote enraged articles about things I'd never before considered: a subway ad telling commuters not to give money to homeless people, the predominance of dead white males in Columbia's reading list.  I liked my new lefty friends and grew enraged alongside them, in solidarity.

So when Playboy began recruiting, sometime that winter, for its Girls of the Ivy League issue -- well, the lefties went berserk, and so did I.  Just who did Playboy think we were?  Were we going to sit back and accept the magazine's attempt to turn Columbia women -- strong, smart Columbia women -- into victims of the male gaze?  Clearly, we had to fight this thing.  But how?

Looking around at my impassioned comrades, emboldened just by having been welcomed, I knew it was time to get tough.  "I'll audition," I said.  "And I'll report back."

Playboy held its Girls of the Ivy League interviews at the Warwick in midtown, a slightly shabby hotel where the Beatles had stayed during their first trip to New York.  I arrived in a leotard, as I'd been instructed, and layers of pancake make up.  A woman in the lobby directed me to an upper floor suite, where I met a small man with a few small dogs.  He ushered me to a couch, saying, "Well, I think you're pretty," as though that had been a topic under discussion.  Then he asked me why I wanted to be in Playboy.

Clearly I couldn't announce that I was here to perform hard-hitting undercover reportage.  Instead I mumbled something about "owning my sexuality" and "finding myself," which were phrases I'd never used before and haven't used since.

But even as I mumbled, I sensed that I was, in some way, telling the Playboy man the truth.  Sitting there on that floral couch, being smiled at by a small person with a Polaroid, surrounded by yapping dogs -- yes, what I wanted that afternoon, more than anything, was to find myself.  And if I happened to find myself in Playboy, wouldn't that be a relief?  Just to discover I'd been hiding there all along?  Maybe the magazine would victimize me with its male gaze long enough to tell me I was still the pretty-enough, secure-enough girl I'd been in high school, instead of the quivering marshmallow I'd become.

I took off my jacket to expose my leotard, which was tightly constricting my rolls of college flab. I gave the camera my sexiest smile.

Together we watched the Polaroids come into focus on the coffee table.  It seems I'd closed my eyes when the flash went off, so that in the resulting photographs I looked a lot like a drunken seal.

"Won't you, like, need them or something?" I asked. "To show corporate?"

The man shook his head at me but then, catching my expression, picked up a photo by the edge. "I'll keep this one," he said, adding, gently, "for corporate."

I don't remember Playboy ever calling to reject me personally, but I do remember seeing the issue a few months later and feeling relieved I wasn't in it.  All those girls in unzipped varsity jackets, nipples peeking out, holding strategically placed college banners;  even if I wasn't sure who I was, I knew this was definitely who I wasn't.

Besides, I'd written a funny article about the experience and had become, for a few glorious moments, a hero among the campus leftists.  Which gave me the confidence to keep trying new things and writing about them.  I wrote about the doughnut selection in the college cafeteria, about a new band I'd fallen in love with, about my junior year abroad in France.  I even wrote about the dead white male situation, which I'd decided, heretically, wasn't really too bad.  And then, years later, I looked back and wrote this.

Which all leads me to the advice I'd give Farrah Abraham, were she looking for any, which I assume she isn't, but you never know.  Sometimes, in Playboy's rejection, comes an affirmation of who you really are.

And sometimes, in that, comes the chance to be something even better.

Lauren Grodstein is the author of the forthcoming "The Explanation for Everything."