Who's afraid of Jeff Bezos? 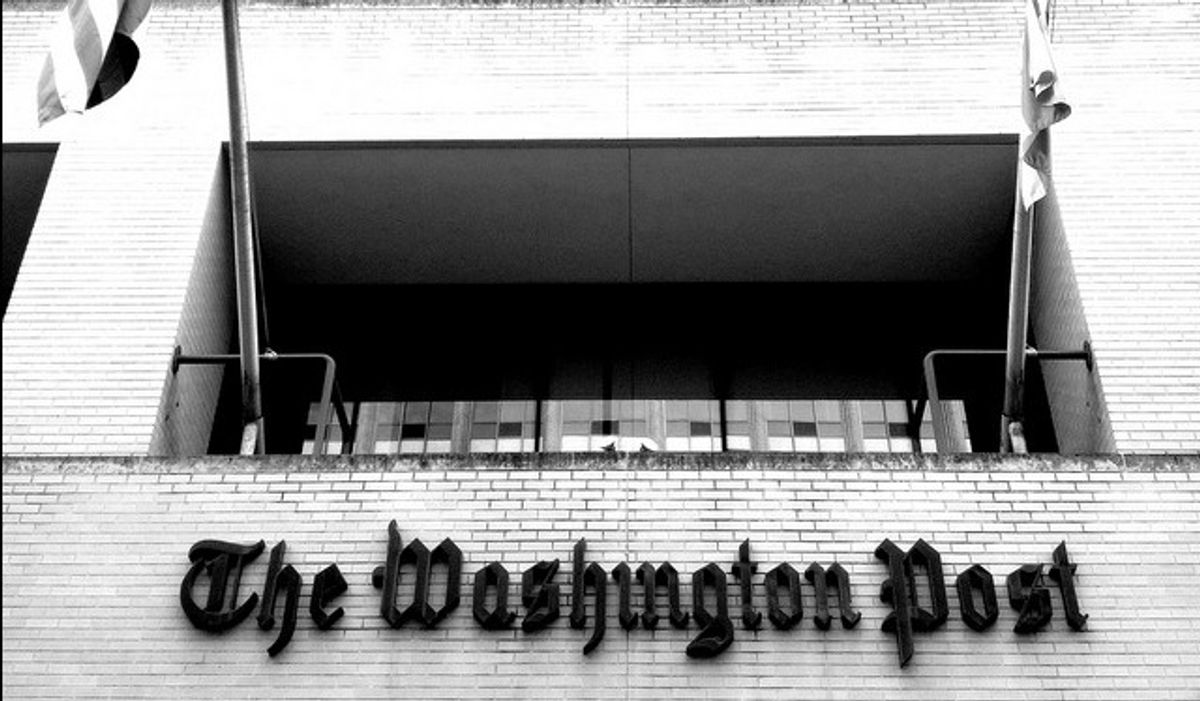 "Shock" is the key adjective being used by journalists to describe Monday's announcement that Jeff Bezos, the billionaire CEO of Amazon.com, will buy the Washington Post for $250 million -- mere pocket change that values "one of the premier newspapers in the English-speaking world" and "the most important publication in the capital of the planet’s greatest superpower" at a fraction of rising social media companies.

"The symbolic importance of the Bezos acquisition is impossible to escape. No single company embodies the disruptive, brick-and-mortar-smashing force of the Internet more fully than Amazon. Now we’ve come full circle. The iceberg just rescued the Titanic. After grinding the newspaper industry beneath its steel-tipped boots, the Internet suddenly turned all sweet and sugar daddy," writes Salon's Andrew Leonard. "Like everyone else who makes a living from his words, I’m still in shock."

While people under 40 may struggle to see the now-dwindling Post as the institution it once was, explains the Atlantic's James Fallows, the sale marks an end of an era when newspapers were family-run affairs. And almost no one did it better than the Graham family at the Post.

The sale also forces journalists to confront the fear that the traditional newspaper business model is failing and has not found a satisfying solution within its industry. "Given that The Post still has potency as a political symbol, the fact that it could be acquired by a man who made his fortune taking apart book-publishing — another traditional business — served as more evidence that the power center in the media world has turned away from the East Coast," writes David Carr in the New York Times.

This is why many are hopeful that Bezos can give the Post a bright future that the Grahams admit they no longer could. As Carr observes, "Technology and its leaders have proved time and again that they can set an agenda based on giving consumers what they want, not what some politician, or a newspaper, thinks they need."

And Bezos is reportedly a man of his word, always with a long-term vision. Matt Yglesias of Slate, one of the Washington Post Co.'s properties that was not part of the sale, spoke highly of Bezos' ability to lead. He "is a famously patient CEO of Amazon, putting growth and an excellent customer experience first and trusting profits to follow. As sole owner of the Post, he’ll be able to follow his vision for good or for ill. He’ll be able to manage it with an eye toward his larger business interests, but without needing to explain himself to Amazon shareholders," wrote Yglesias.

Journalists are right to be wary, however, as Bezos also runs one company whose notoriety rivals that of Wal-Mart. The New Republic's Alac MacGillis explains:

But let’s not kid ourselves here: The company that made him one of the richest men in the world has had a less than benign impact on our nation. It has devastated the publishing industry, from the big presses to the small booksellers. It has exacerbated the growth of the low-wage economy, to the point where the president feels the need to celebrate an increase in warehouse jobs that will pay barely more than minimum wage. (Fun fact uncovered by the Morning Call in Allentown, Pa. two years ago: Instead of paying for air-conditioning at some Pennsylvania warehouses, Amazon had just stationed paramedics outside to take the inevitably heat-stressed workers to the hospital.)

More generally, Amazon has embodied, more than any other of the giants that rule our new landscape, the faster-cheaper-further mindset that scratches away daily at our communal fabric: Why bother running down to the store around the block if you can buy it with a click?

There's also the fear of conflict of interest, as Michael Hiltzick in the L.A. Times points out: "But Amazon — and the dot-com industry generally — have distinct interests at stake in Washington politics, so the Post's position on network neutrality and other forms of online regulation should be watched very closely."

And, to top it all off, in the press announcement, Bezos revealed very little about his intentions and even referred to the sale as an experiment. The New Yorker's David Remnick explains why journalists are likely to remain on edge for a long time:

Bezos made a statement saying all the correct and anodyne things, but he was not terribly revealing. He rarely is. How much is he interested in using the political influence of the Post as an instrument of his main business? Why would he buy such a traditional media outlet rather than start another Internet enterprise of his own? The Graham family tried hard to assure everyone that this was for the best, that Donald Graham has known Bezos for fifteen years and trusts him to do the right thing: invest for the long term in real journalism. (“Jeff is a man of enormous personal decency,” Graham said.)

So for now, journalists are placing their faith in the judgment of the Grahams, as they have done for decades. Donald Graham told the New York Times that “it was clear to me that [Bezos] wanted to buy the newspaper for the right reasons." "He understood what newspapers do and why this newspaper in particular is important and that he would be willing to stand up for it," Graham said.

Let's hope that Donald Graham is right -- because if he is, then there's reason to believe that Bezos can breathe life into a paper, and perhaps even an industry, that's been deeply punctured. As Fallows says, "let us hope that this is what the sale signifies: the beginning of a phase in which this Gilded Age's major beneficiaries re-invest in the infrastructure of our public intelligence. We hope it marks a beginning, because we know it marks an end."