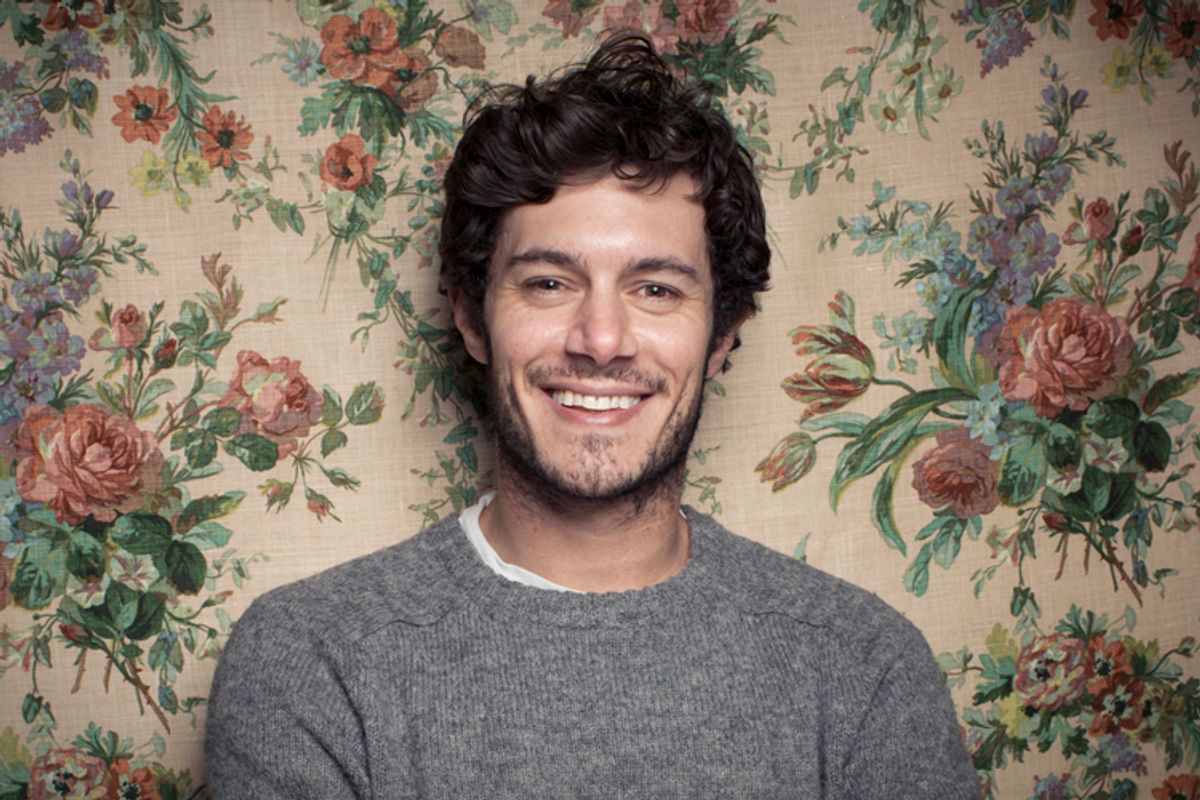 In an era defined by nostalgia, Adam Brody is one kind of superstar.

Brody was the pinup boy of the Bush era as the breakout star of "The O.C.," the Orange County-set nighttime soap that featured a fast-talking, indie-rock-loving nerd at its center. Brody has yet to find a role as defining as Urban Outfitters-clad Seth Cohen, though he's worked consistently since "The O.C." concluded its four-season run in 2007, including roles in franchise fare like "Scream 4" and independent quirk-fests like "Damsels in Distress" and "Jennifer's Body."

I'm wondering whether this role is intended to aggressively differentiate from your persona as it existed on "The O.C." — this is so radically different from how you first rose to fame. Do you consider stuff like that?

I mean, I certainly enjoy variety and I don't want to get typecast, not even so much for anyone else's perception as much as for what's interesting to do, you know? It can get boring to do the same thing. But this wasn't some aggressive, premeditated move to shake off any teen residue, or whatever. This was just a great part with a great group of people that came my way pretty randomly, and I didn't even have to think about it, so, I mean, I was just lucky to get the job.

Yeah, the whole essence of being a working actor is always being excited to get the next job.

Yeah, it's a no-brainer, and like I said, it wasn't premeditated, it wasn't something I sought out, it just kinda fell into my lap … that's a double entendre …

Yes, that's an apt choice of words. I'm wondering if you think this movie is sex-positive, because it is funny and raunchy at times, but at the same time Linda goes through horrible stuff.

I don't think there is a definitive answer, you know? I think about those questions anyway. First of all, everyone has sex, we're all the product — the result — of sex, so that's not going anywhere. I think pornography as a whole has probably perpetrated more good than bad; I mean it's probably pacified us. If you think about these devoutly religious, strict cultures, there's a lot of violence in those cultures. At the same time, for the performers, it seems like it's — even now — a hard life for, I would say, the majority, although I can't say for certain; and I'm sure there are plenty of healthy people from healthy enough backgrounds.

I mean, I think Harry Reems was a healthy enough guy going into it, from what I know; it wasn't like he was abused. I think there are some socially, mentally healthy performers, but at the same time, it's hard living in a probably drug-fueled culture, I'm sure. And I think there's a fair bit of violence within the industry, but within that, outside of it, and in terms of that perpetrating that or not, I can't say it does.

It seems as though it's something you've studied or are at least able to speak about with some authority. What research did you do about the industry then or about your character?

I didn't do that much research about the industry; I mean there wasn't all that much about Harry. I watched "Deep Throat," I watched another movie he was in, I rewatched "Inside Deep Throat" — that's a great documentary — and I found one long-form interview he did, actually a couple, in the '80s. And then I read this autobiography, which seems a little ghost-written, from the '70s, and it's just all positive and before he hit on hard times and doesn't really deal with any of the fallout of "Deep Throat." That was basically propaganda, but it was fine — I still have it — it's called "Here Comes Harry Reems."

So yeah, I did a little bit, but in terms of the industry as a whole; I know a little bit about what it was like then just because of the documentary and the context in which this movie is set, and I know a bit about it now, because I'm a healthy, red-blooded man.

Are you talking about the sexual act?

I'm talking about the film. You can tell me what you think about the sexual acts.

Uh, I won't get into too many specifics of my personal habits, but, yes, I'm familiar with pornography.

I guess you could say it's changed a lot over time.

Yeah, I don't think most people do it from start to finish in a movie theater like they used to. But, yeah ... [trails off]

I think it definitely has a feminist side more than — I mean, some might argue the validity of her story, but this is her story, and if she is to be believed that she was abused, and this is a person from somewhat of a broken home, or at least she did not have support there at all, and was a young girl, and then married very young to an incredibly manipulative, abusive guy, and it's hard to not see that person as a victim. It's hard to go, "Well, you were 22, you should have known better," you know?