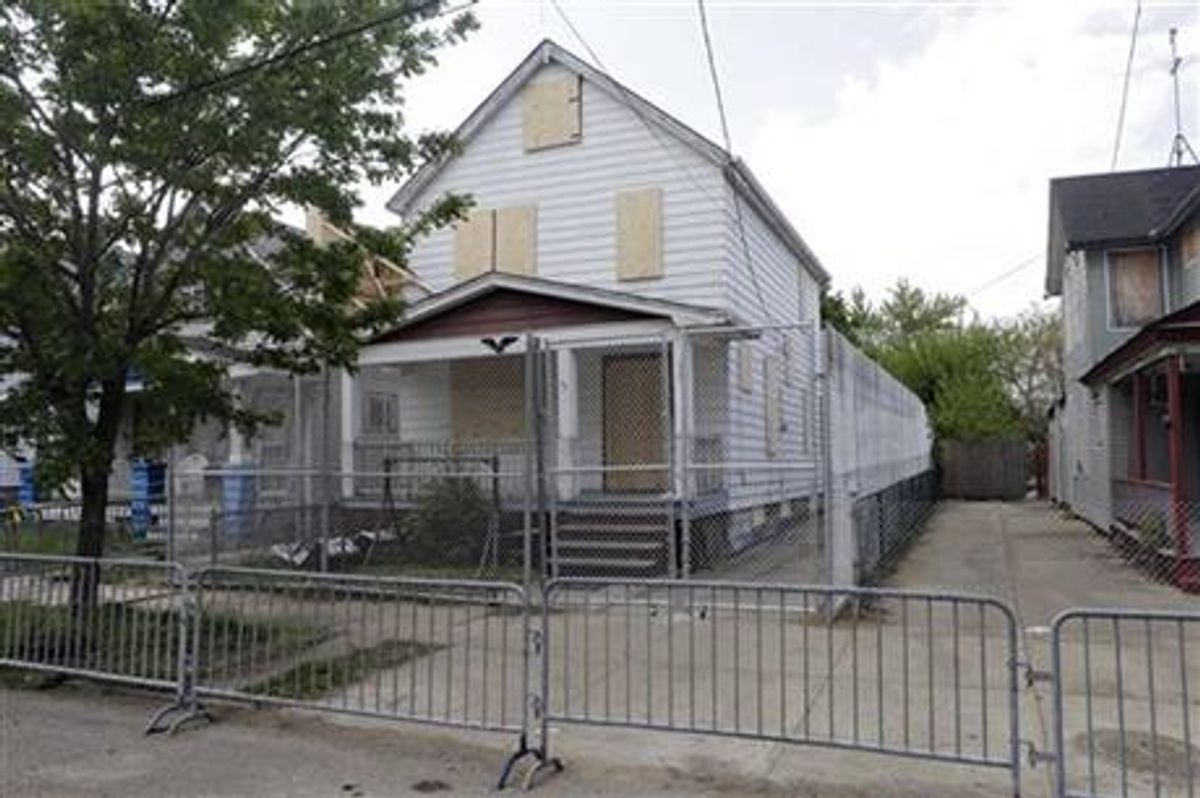 CLEVELAND (AP) — Demolition has begun on the Cleveland house where three women were held captive and raped over a decade.

The house is being torn down as part of a deal that spared Ariel Castro a possible death sentence. He was sentenced last week to life in prison plus 1,000 years.

One of the women imprisoned there, Michelle Knight, showed up early Wednesday before the demolition began. She made a brief statement and released some balloons.

A crowd of onlookers cheered and clapped as the demolition began.

Cuyahoga (ky-uh-HOH'-guh) County prosecutor Tim McGinty told them: "This was one evil guy."

Prosecutors say Castro cried when he signed over the house deed and mentioned his "many happy memories" there with the women. The women escaped May 6 when one of them broke part of a door and yelled for help.