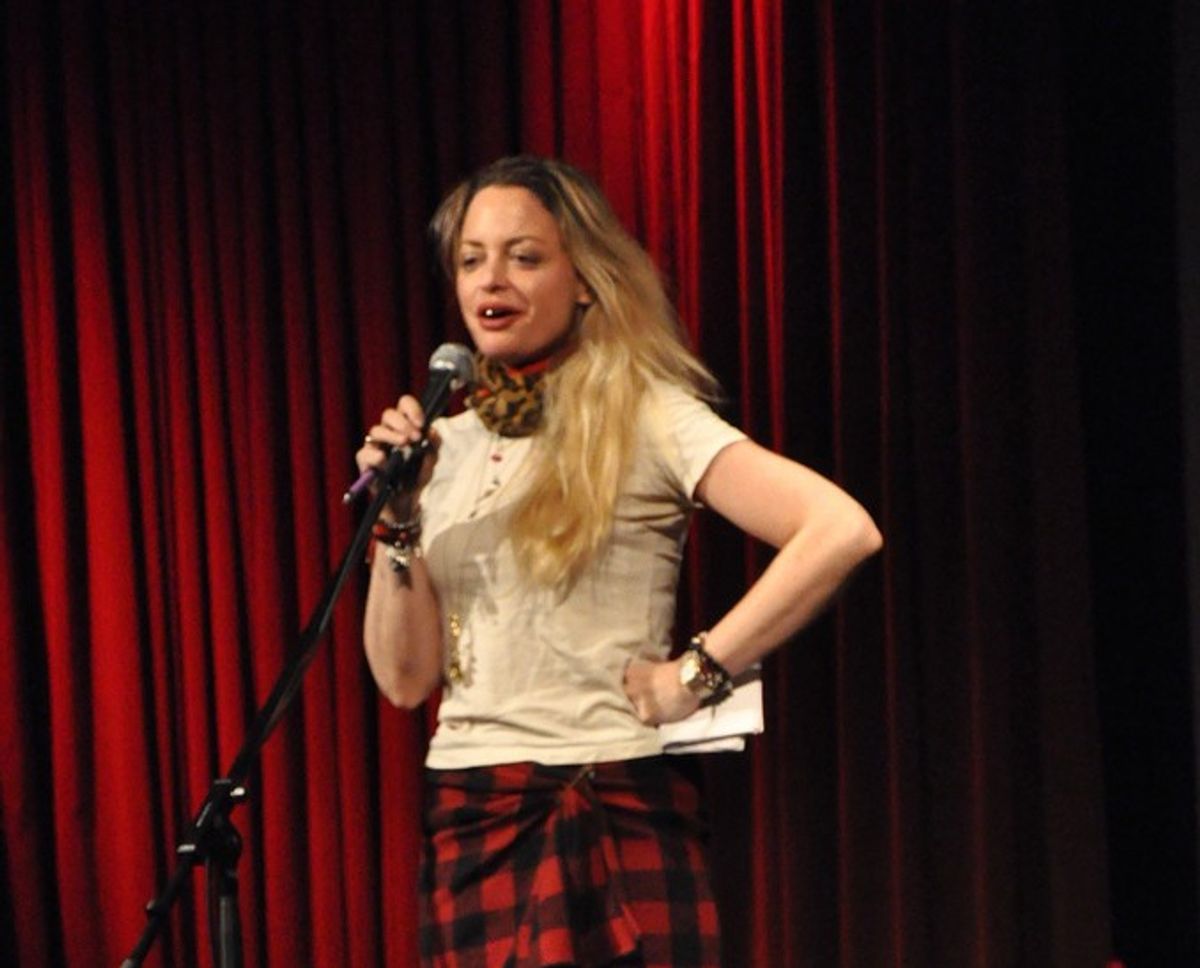 Perpetual adolescent and "Prozac Nation" author Elizabeth Wurtzel is writing another book -- you guessed it, a confessional memoir. This one will be based on her rambling self-involved New York magazine article that, like everything Wurtzel, you probably hate-read back in January.

In a Reddit AMA today, Wurtzel said that she has turned her article about love and living alone in New York City into a book proposal. And the book sounds just as unguided as the piece that inspired it:

My new book is partly based off of an article I wrote for New York Magazine that was published this past January (http://nymag.com/thecut/2013/01/elizabeth-wurtzel-on-self-help.html). It is hard to say what the piece was about exactly, but it was a reckoning with life, after many things went wrong in 2012. The book is going to be a history of love at first sight in New York City. It will also be a history of New York City. I am a fifth-generation Manhattanite. My great-great grandparents lived on 8th Street, between B and C, which was not the East Village; it was just where immigrants lived. My grandmother grew up on Hester Street, on the Lower East Side. I am the only one of my friends who has not succumbed to the charms of Brooklyn, but Manhattan is home. And I have not succumbed to the charms of marriage, because I love falling in love. Right now I am taking a break from emotional engagement and trying to be serious about work. And I actually think I may yet get married - statistically 90% of people get married at some point. But I would say that love and craziness has overwhelmed my life, and I am trying to write about it, and at the same time tell the story of New York City from 1609 to the present.

Humorously, Wurtzel is also of the opinion that every new work from a writer is really just "a rewriting of the last project":

"Norman Mailer is a genius, but he really only had one thing to say, and he said it many different ways, fiction and journalism and non-fiction, over a lifetime. Philip Roth has one thing to say. Same with Joan Didion. And these are our best writers. So I think everyone is slouching toward perfection with one book over and over again."

If you're a fan, though, she'd be willing to meet you for an hour to talk about music ... "Maybe."