Huge amounts of methane are leaking from a Utah gas field 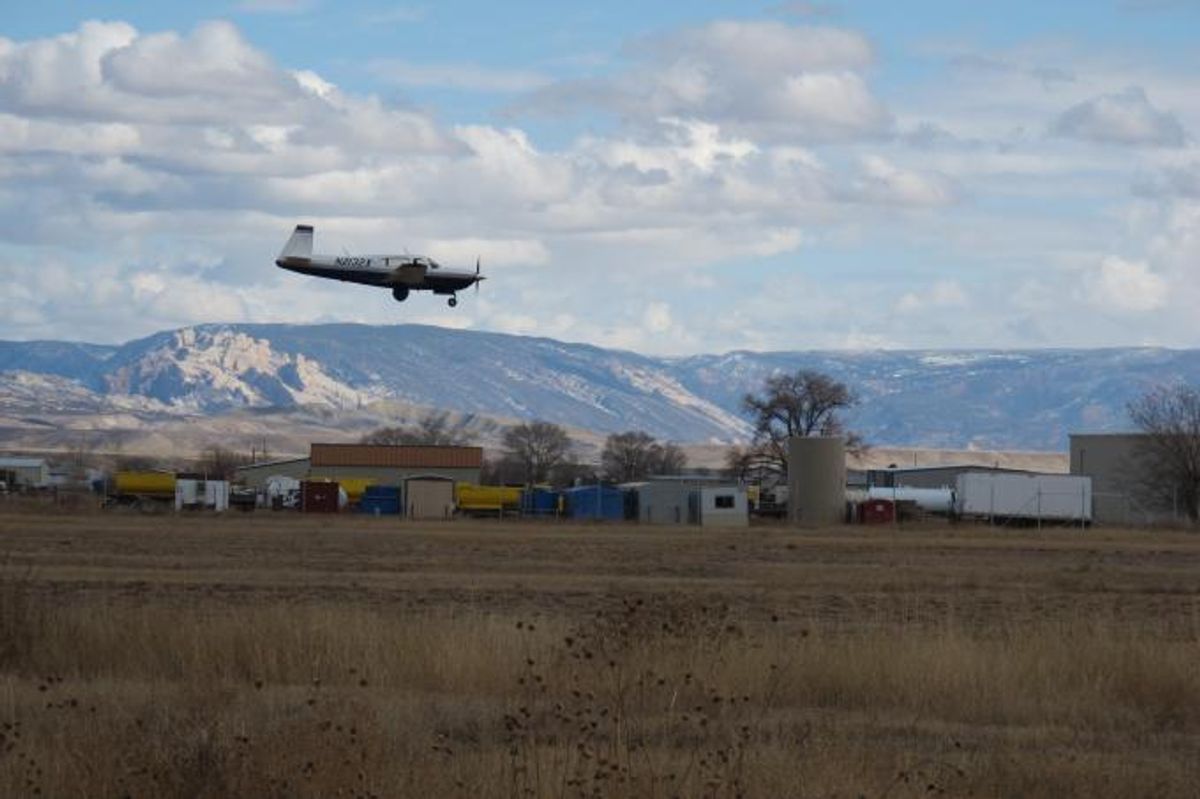 A research aircraft comes in for a landing in Vernal, Utah. Sensitive instruments aboard let CIRES and NOAA researchers measure atmospheric levels of methane­ and other chemicals during flights through Utah's Uintah. (Sonja Wolter/CIRES and NOAA)
--

A Utah gas field, researchers  from the University of Colorado, Boulder, the Cooperative Institute for Research in Environmental Sciences and the National Oceanic and Atmospheric Administration found, is emitting methane at a rate of 6.2 to 11.7 percent, vastly overshooting the EPA's estimate of .88 percent.

Hydraulic fracturing, or fracking, is a cornerstone of Obama's climate plan, which favors natural gas over carbon fuel. Whether it's helping or hurting the environment is up for debate, and largely depends on how much methane -- a greenhouse gas that is 25 times more potent than carbon dioxide -- leaks into the atmosphere as a byproduct of drilling. The EPA says it's not that much, and in fact caused a minor controversy in April when the agency revised its estimates of how much methane is leaking from natural gas wells. Tighter pollution controls, it said, have led to an average annual decrease of leakage from 41.6 million metric tons of methane emissions from 1990 through 2010 -- a 20 percent reduction from previous estimates.

These new findings, which will be published in the journal Geophysical Research Levels, aren't representative of all methane leaks. For one thing,  say the researchers, Utah is relatively lax compared to other states in its regulations for leak-proofing wells. They also weren't able to pinpoint exactly where the emissions were coming from. But they say that their method, which involved flying over the Uinta Basin and using "relatively cheap, portable technology" to measure total methane emission, could be a good way to double-check EPA estimates and for gas companies to monitor themselves.