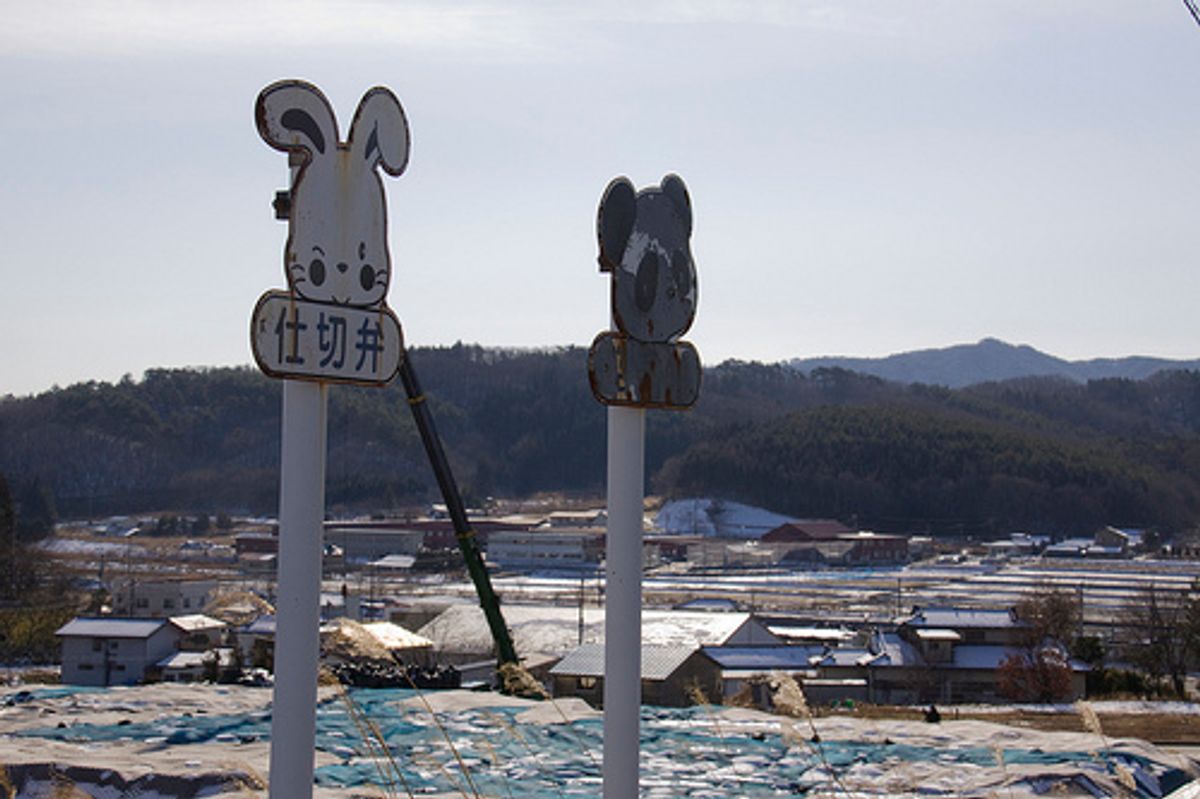 A temporary storage site of radioactive material in Fukushima (Gloabl2000/Flickr)
--

Three hundred metric tons of radioactive groundwater is now leaking daily into the Pacific Ocean from the nuclear reactor that was damaged in Japan's 2011 earthquake and tsunami, officials say. And, in a further sign that Tokyo Electric Power Co (Tepco) is failing to sufficiently address the issue, Prime Minister Shinzo Abe has ordered the government to step in. "Rather than relying on Tokyo Electric, the government will take measures," Abe declared yesterday.

Still unclear is how big a threat this poses, how much of the water is actually contaminated, and just how long this has been going on--a director in METI's Nuclear Accident Response Office told reporters that water may have been leaking for the past two years.

How long the clean-up will take is also uncertain. Before the leak, which Tepco only acknowledged a few days ago, the going estimate was over 40 years, for a total cost of $11 billion. While Abe hasn't ordered funds to assist in the clean-up, the ministry has requested a budget allocation. That money might go towards a $410 million project to, improbably enough, freeze a one-mile perimeter of soil around the four damaged reactors, "creating a wall of frozen earth that will block the flow of groundwater into the plant."