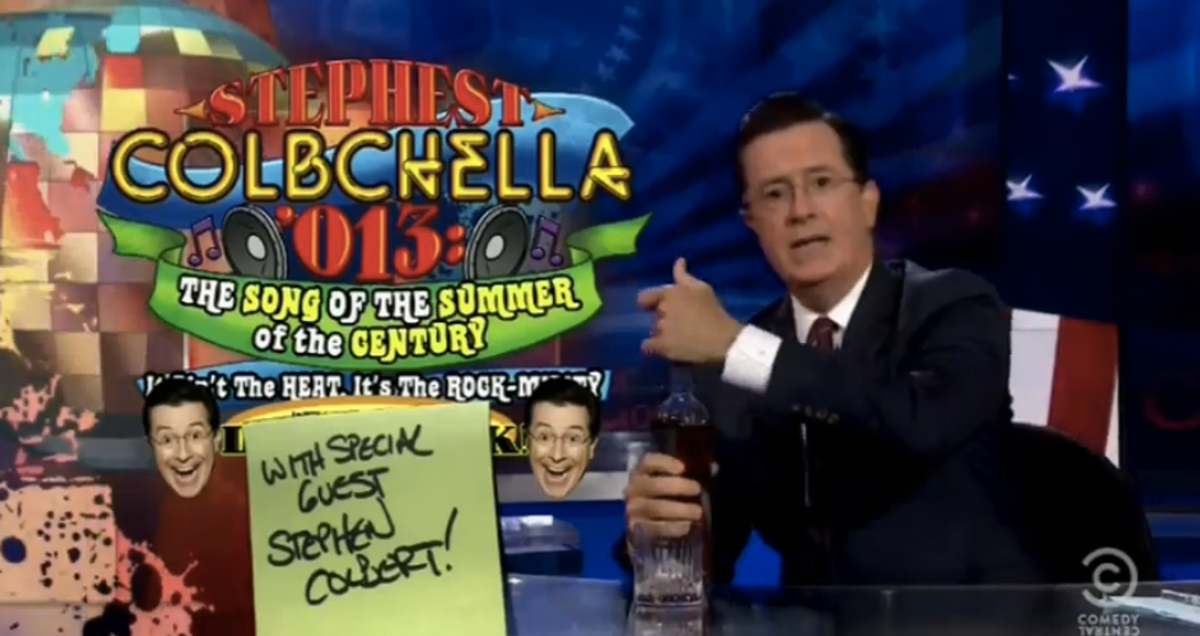 MTV and Comedy Central are both owned by Viacom, and apparently MTV had already booked Daft Punk for a surprise (no longer!) appearance on the MTV VMAs Aug. 25. President of MTV Networks Music & Logo Group at Viacom Van Toffler stepped in to stop Daft Punk from performing on Colbert, citing contract exclusivity.

Colbert then sounded off on Van Toffler "Cause fun fact, no one told me until 2 o'clock yesterday." In an email exchange forwarded to Colbert, Toffler wrote, "not sure I can help ["The Colbert Report"] on that one" because he's "checked in with [his] peeps ... they're feelin funky on this one."

Faced with a decision, Daft Punk opted, of course, to perform at the MTV awards show. But Colbert had the satisfying last word, ridiculing MTV for its power play:

"If Daft Punk were on my show, people wouldn't tune in to see them on the VMAs almost a month from now. That's how music works. You love a band, you see them once, then never want to see them again. That's why after the Beatles went on Ed Sullivan, they dropped off the face of the Earth. I think Ringo ended up working as a train conductor."