Obama: I have "no patience" for homophobia in any country 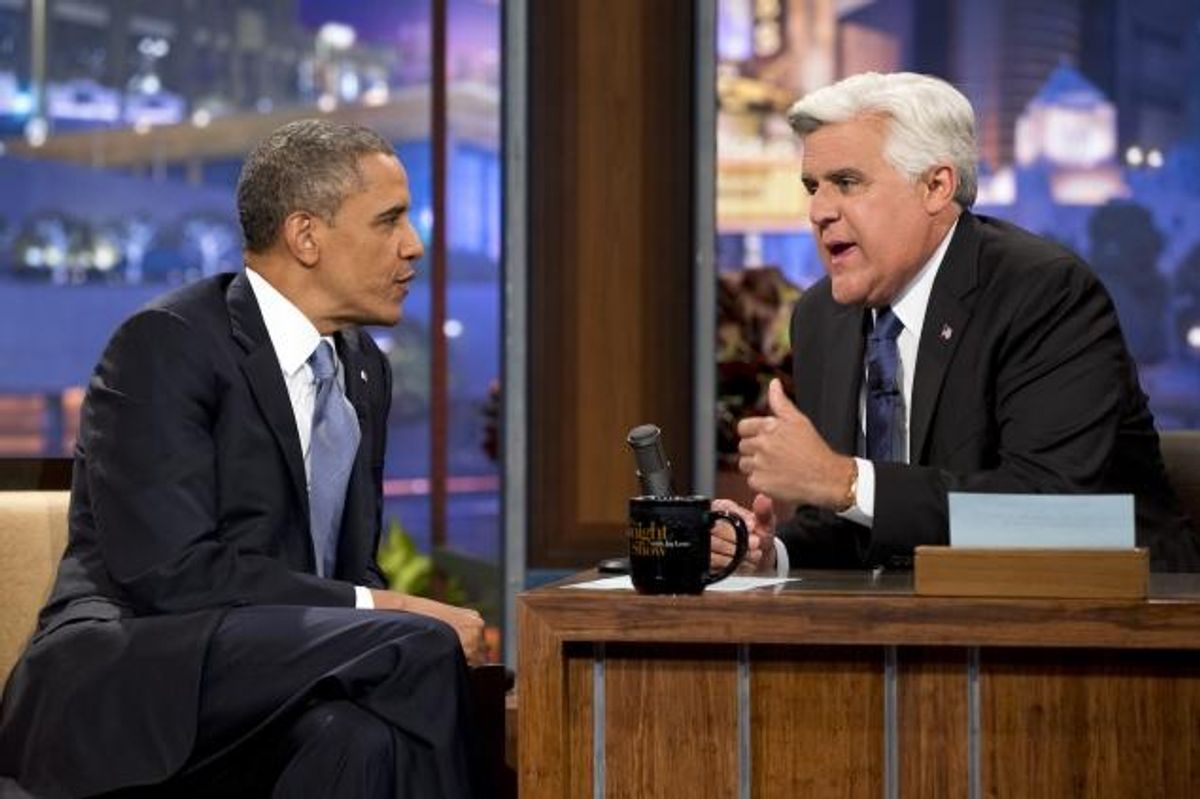 During a Tuesday appearance on the "The Tonight Show," President Obama addressed Russia's recent crackdown on gay rights by saying he had "no patience" for countries that "treat gays or lesbians or transgender persons in ways that intimidate them or are harmful to them."

On the 2014 Sochi Olympics, Obama continued: “I think Putin and Russia have a big stake in making sure the Olympics work, and I think they understand that for most of the countries that participate in the Olympics, we wouldn’t tolerate gays and lesbians being treated differently. They’re athletes, they’re there to compete.”

The president also noted that Russia's intolerance is far from unique among other countries:

When I traveled to Africa, there were some countries that are doing a lot of good things for their people, who we’re working with and helping on development issues, but in some cases have persecuted gays and lesbians. And it makes for some uncomfortable press conferences sometimes. But one of the things that I think is very important for me to speak out on is making sure that people are treated fairly and justly, because that’s what we stand for. And I believe that that’s a precept that’s not unique to America, that’s something that should apply everywhere.