Want to know why it blows up stories that make it look like Obamacare is failing? Just check out its incentives 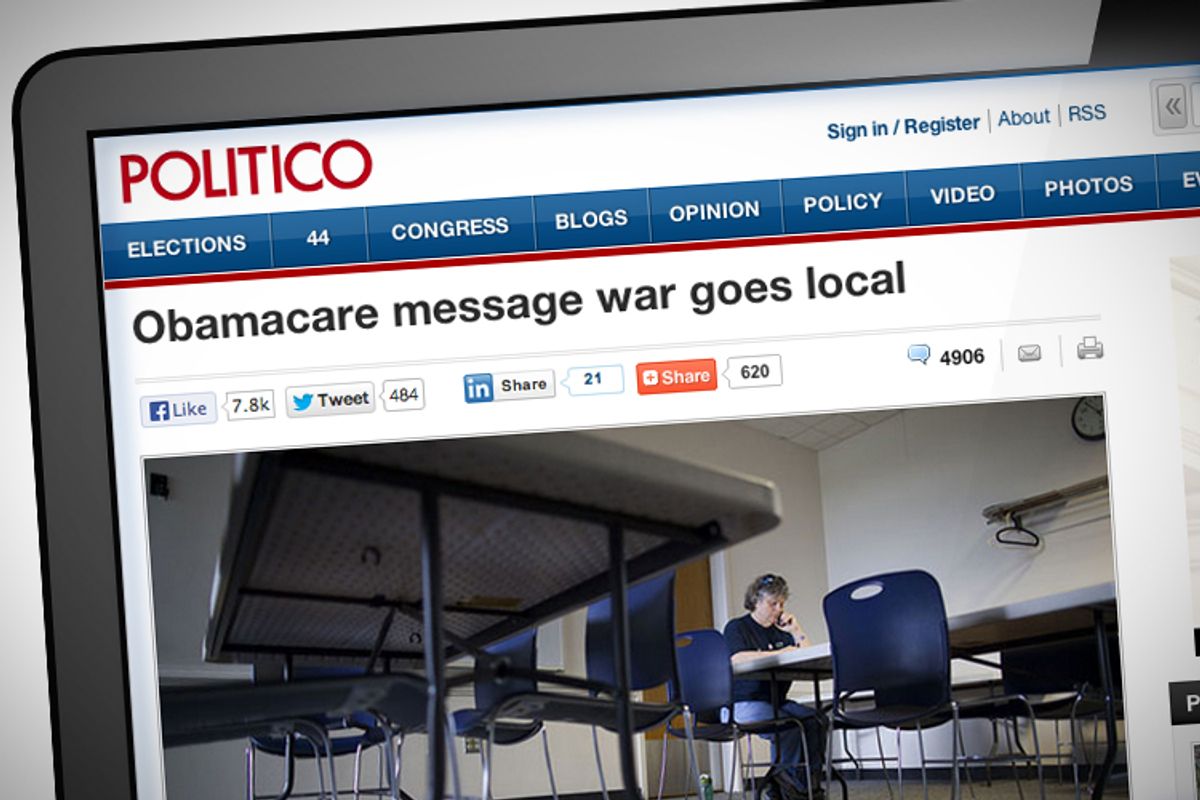 Here's a quick tale about bad incentives and the pitfalls of pandering.

On Sunday, Politico published a report from a pro-Obamacare event in Centreville, Va. It was one of dozens around the country, all organized by President Obama's reconstituted campaign arm, Organizing for Action. Except this one featured a single volunteer and was by all accounts a failure.

The article itself was nicely crafted -- well written, nuanced, thoroughly reported. But the headline blared: "Poor Attendance at Obamacare Event in Virginia."

Which was true! Except as the piece specifically notes, the event was also an outlier.

For instance, here's more than one Obamacare supporter at a similar event in Miami: No doubt a story called "Obamacare Community Events Largely Successful" would be kryptonite for readership. But the original headline in this case was crafted to appeal to political operatives whose job it is to draw attention to stories that make the law look like a failure before it fully takes effect.

That went on until Monday, after catching an earful, Politico changed the headline to "Obamacare Message War Goes Local," which had the dual qualities of being accurate and breathing new life into the piece itself. Conservatives noticed the change, and claimed -- or perhaps convinced themselves that Politico had conspired to cover up the embarrassing reality on Obama's behalf.

Lather, rinse, repeat. Even if the insurance exchanges launch smoothly, why not headline the article, "Obamacare Website Crashes Virginia Man's Computer," wait for the pushback, then change it to: "Obamacare Wins the Morning in Virginia"?

There will be plenty of stories between now and next year that neatly underscore the law's implementation challenges. (Organizing local phone banks and coffee klatches is the easy part!) But there's also no incentive against blowing up stories that create the mis-impression of failure.