Our prisons are drugging women 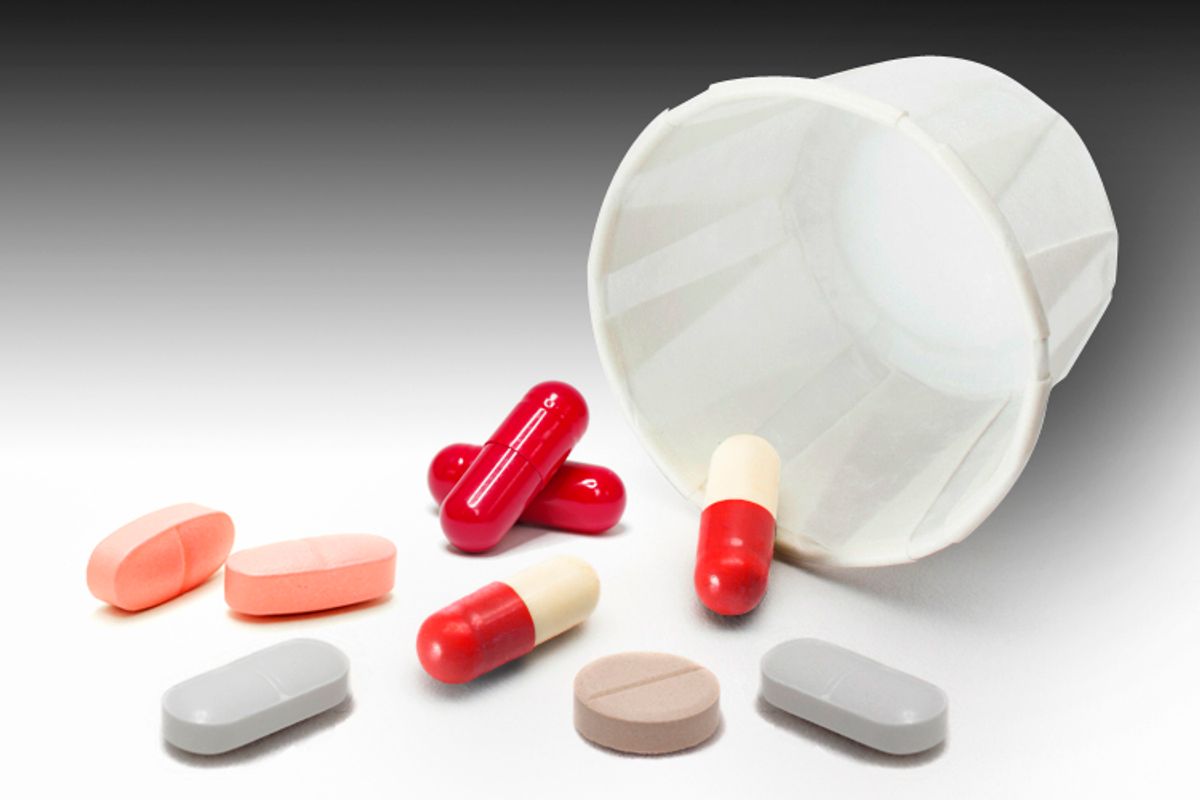 A report issued earlier this month by the Center for Investigative Reporting revealed that doctors have sterilized as many as 148 women inmates in California prisons during the five-year period from 2006 to 2010. As a feminist and a mother, my initial response to the report was fury at the prison system for its blatant disregard of women’s rights and sadness for the women who will never again be able to carry, birth, nurse and raise their children. As a sociologist who works with criminalized women in Massachusetts, my second response (I am ashamed to say) was relief: Here in Massachusetts, with our top universities and progressive politics, such a thing would never happen.

Once I finished seething, crying and telling myself how lucky I am to live in Massachusetts, a slightly different picture began to form in my mind. Forced sterilization is an outrageous human rights violation, and prison rights advocates correctly argue that any sterilization performed on incarcerated women is by definition coercive. But this is only part of the story of how women in prison are controlled. In Massachusetts we may not sterilize incarcerated women, but we sure do drug them.

Having followed a group of 20 women post-incarceration for the past five years, I have become increasingly concerned with the use of medical procedures and treatments to "manage" the problems caused by social and economic policies and by overuse of incarceration.

I first met Elizabeth, a white woman in her early 40s, as a participant in a study I was conducting among women who have been incarcerated in Massachusetts. A decade or so earlier she had the misfortune of losing the sister with whom she had been especially close throughout her life. Devastated by the death of her sister, she struggled to keep up the smiling expression demanded in her job as a waitress. Told by her boss that her teary demeanor made the customers uncomfortable, she was let go. Without a job she was unable to keep up with her rent, and at the age of 32 she became homeless. Without a secure place to live, Elizabeth became a target for repeated robberies and sexual assaults.

Like many other homeless people, she was arrested for loitering, drinking in a public park and resisting arrest when a policeman she had called to protect her from assault decided to arrest her instead. In prison she was put on Thorazine and Lithium, medications that typically are used for psychosis (she has never been diagnosed as psychotic). Elizabeth explained, “This [the drugs they gave me] made me gain weight and made me into a [space cadet]. It’s not the right medicine. I’m not crazy, that’s for crazy people. I have PTSD and depression from being raped.” In a fog from the medication, Elizabeth lost privileges such as use of the prison canteen and was repeatedly confined to her cell for failing to cooperate with the orders of correctional officers. She was lucky; her cell mate spent two weeks in solitary confinement.

America’s astronomical rates of incarceration (the highest in the world) and America’s equally astronomical rates of psychotropic drug use (also the highest in the world) are two sides of the same coin. Both medicalization (the tendency to characterize social problems or conditions in medical terms and adopting a medical approach to address those problems) and criminalization construe social problems as the moral failings of individuals. This formulation draws attention away from the social miseries that lead to pain, disability, illness and the need to do whatever it takes to survive. When Elizabeth needed job security and affordable housing, what she received was a prison sentence and a cocktail of psychotropic medication.

Such medication certainly can be beneficial for people whose emotional distress or mental confusion interfere with their ability to stay safe, make sound decisions or experience pleasure or satisfaction in life. But the medications Elizabeth was prescribed actually diminished her capacity to make sound decisions and stay out of harm’s way. The issue for Elizabeth is that prisoners have very little – if any -- power over what medication they receive, or are denied. Talk therapy is also much less accessible in prison than outside. And any treatment inmates get tends to emphasize individual pathology rather than acknowledging the social injustices that brought many women to prison in the first place.

While men are more likely than women to be caught up in the net of incarceration, women are more likely than men to be controlled through seemingly more benign medical practices. In Massachusetts in 2012, 56 percent of women inmates were treated with psychotropic medication while in prison. (In comparison, only 17 percent of male inmates were treated with psychotropic medication.) In prisons and jails across America, psychotropic drugs are used to subdue inmates. Ostensibly prescribed in order to treat inmates’ pathologies, these drugs often function to restrict autonomy in much the same way as shackles and solitary confinement; they can cause serious side effects including lethargy, seizures and menstrual irregularities; and they are liable to interfere with prisoners’ ability to participate in the preparation of their own defense cases.

I have reached out to various people in the Massachusetts penal system about these issues. Though none have been willing to speak on the record, most people who work in positions of power in the system in Massachusetts are well-intentioned and clearly understand that women inmates struggle with a variety of problems and barriers including histories of sexual abuse. They genuinely want to help women inmates improve their life situations. And they believe that psychotropic medications are a crucial part of that mission. Thus, in response to my questions about overuse of medications, I typically am told that they feel the problem is the underuse of medications.

Medical and penal interventions are often used in tandem to modify, reform, punish and control people – especially poor people and people of color – who are seen as lying outside of, or as threatening, social norms and power hierarchies. The vast majority of female inmates have experienced sexual abuse or assault (estimates vary from 70 percent to 90 percent). Whether through medical or penal practices, women are held responsible for dealing with the consequences of rape. While few people nowadays openly blame women for being raped, the fact is that a history of sexual abuse substantially increases a woman’s chances both of ending up in prison and of being treated with psychotropic medication while there. As Elizabeth learned the hard way, our national solution to “rape culture” is to “fix” women who have been assaulted rather than to change the social attitudes and policies that set women up for abuse.

In this wider context, forced sterilization inside of prisons is one – albeit particularly horrifying -- instance of the use of medical procedures and treatments to "manage" marginalized women. In "Killing the Black Body: Race, Reproduction, and the Meaning of Liberty," Dorothy Roberts documents how the forced sterilizations of the eugenics campaign of the early 20th century (a campaign meant to improve the human gene pool by preventing the “unfit” from procreating) functioned to keep women – and particularly black women – in check. More recently, coerced sterilization has raised its ugly head in public debates regarding the family cap for recipients of welfare (the Personal Responsibility and Work Opportunity Reconciliation Act of 1996 allows states to deny mothers further financial assistance after the birth of another child) and in blatantly racist proposals to require contraceptive implants for mothers accused of using crack.

Women like Elizabeth face double jeopardy, first in their difficult life circumstances and then in the way they are treated once they enter into the criminal justice system. I do not claim that psychiatric medication (or sterilization, for that matter) is never appropriate. But when two of the most powerful social institutions -- medicine and prisons – join forces, the threat of coercion is all too real. We rightfully express outrage when women in prison are sterilized, but our silence in the face of inappropriate medicalization could justly be called criminal.