The indie music website accused Colbert of inventing the Daft Punk controversy ... to promote the VMAs? 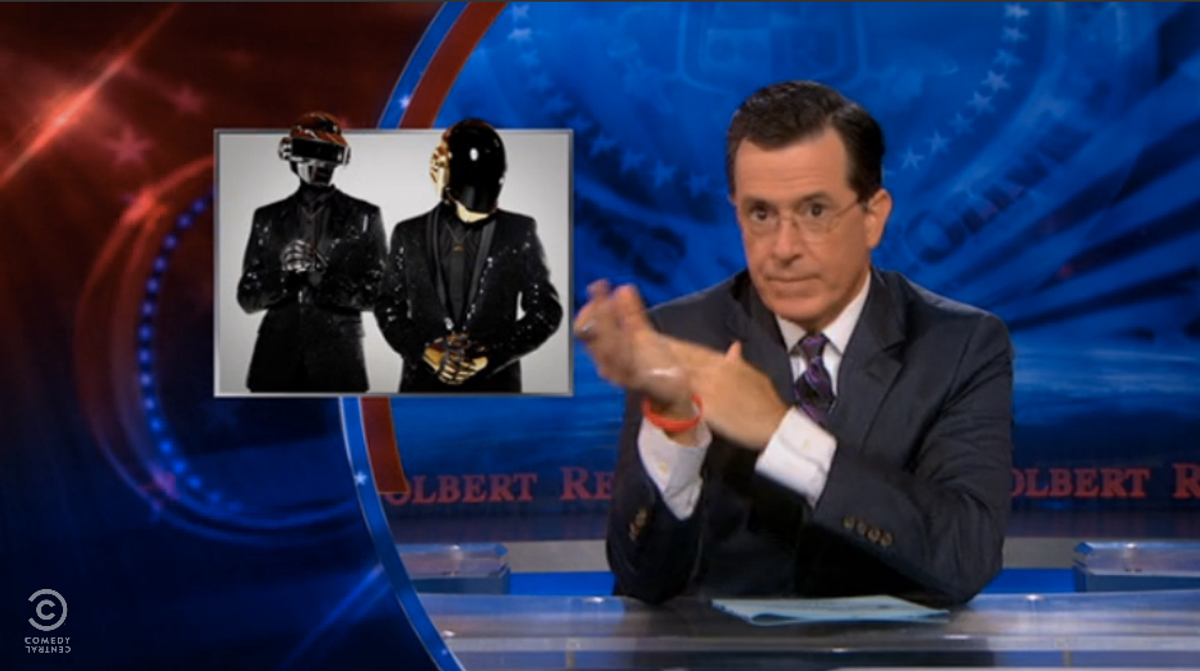 On Tuesday, Stephen Colbert ridiculed MTV for citing contract exclusivity (and some "funky" feelings among network "peeps") to keep Daft Punk from performing on "The Colbert Report" -- or so he would have us believe.

Following news of the cancellation, the indie music website Pitchfork floated something of a conspiracy theory about the Daft Punk "Colbert" appearance: What if the band was never meant to be on the show at all? What if the whole thing was just an elaborate ruse to promote the Video Music Awards?

The case against Colbert:

This could mean that Thicke's performance was part of an elaborate ruse and that the band never intended to perform on "The Colbert Report" in the first place. Perhaps it was a cross-promotional method of advertising Daft Punk's appearance on the VMAs.

Colbert bravely faced the allegations that he was a double agent for another network's award show head on: