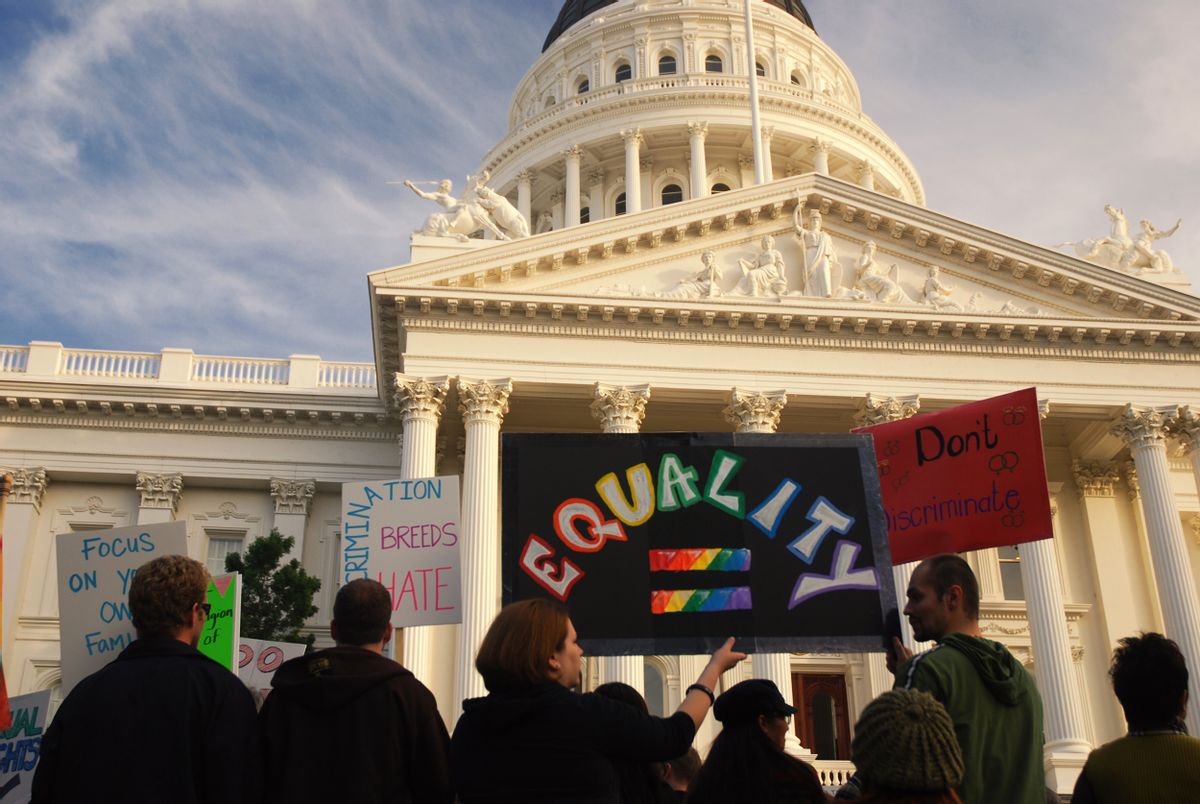 The National Organization for Marriage is being investigated by an Iowa ethics committee, amid allegations that the group violated state law when it did not disclose its donors in a campaign to oust state Supreme Court justices.

On Thursday, the Iowa Ethics & Campaign Disclosure Board unanimously voted 6-0 to look into the allegations, after former Republican presidential candidate and gay rights activist Fred Karger filed a complaint in June.

In 2009, the state Supreme Court unanimously struck down the state's ban on same-sex marriages. Since the state's justices are subject to merit retention -- meaning voters can decide whether or not to keep judges at the end of their terms -- NOM was able to spearhead heavily funded campaigns in 2010 and 2012 to oust those who ruled against the ban. In 2010, social conservatives successfully voted out three of the seven judges that were part of the 2009 decision. In 2012, they were less successful, with Justice David Wiggins winning retention.

[Ethics board lawyer Megan Tooker] said if the marriage organization solicited and received donations for the purpose of defeating the Iowa justices, by state law, the names of those donors should have been disclosed.

One piece of evidence in the complaint is an email the National Organization for Marriage sent out on Sept. 21, 2012 that asks for cash donations specifically for the fight against the Iowa justices, Tooker said.

NOM contended that if the donations were solicited through phone calls and emails, disclosure is not required. Tooker disagreed, saying that this is "absolutely false."

“To be clear, we haven’t found that NOM did anything wrong,” Tooker said. "All we did today is find that it warranted further investigation, so the board will be able to use its subpoena power and get enough information to decide whether or not donors should have been disclosed."

According to the Quad City Times, the probe "could result in civil disciplinary action that could range up to a public reprimand or fines of up to $2,000 per violation if the panel decides that the organization failed to follow state campaign laws."

NOM spokesman Joseph Vanderhulst dismissed the complaint, telling the Des Moines Register that Karger thinks NOM “must always and everywhere disclose all of its activities and donors. This is not the law in any state or of the United States."