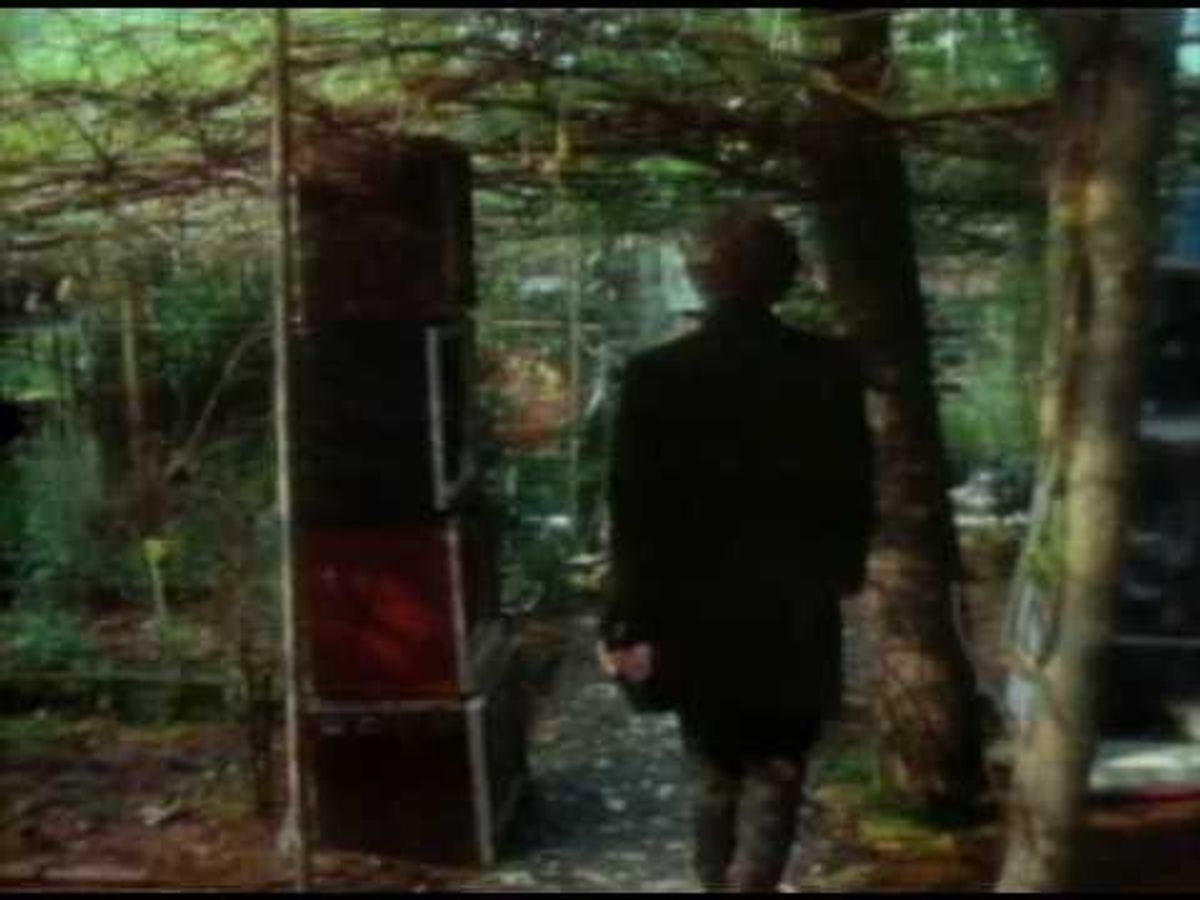 A screenshot from the video for "Radio Free Europe" (YouTube)
--

It's been 30 years since "Radio Free Europe" made R.E.M. famous (like, really famous), and introduced much of the MTV-watching world to the work of Baptist minister and folk artist Howard Finster.

R.E.M. shot the video for the "Murmur" single at the artist's sprawling (and seriously, delightfully weird) Georgia estate, Paradise Garden, and Finster and Michael Stipe would go on to collaborate on a painting that served as the cover for the band's second album, "Reckoning."

Finster died in 2001, but his influence still looms pretty large. Decades after R.E.M. put the place on the map, T. Hardy Morris, another Athens-based musician, returned to Paradise Garden to shoot a video for his "Share the Needle." Finster himself even makes a little cameo (thanks to some archival footage).

R.E.M. debuted the video (which they called a "conscious-raising statement that to an endangered historic site in the band's home state which deserves preservation") on Thursday on their official site.

You can check it out here: