Big media outlets seem to think women's only area of expertise is themselves. It's time to change that 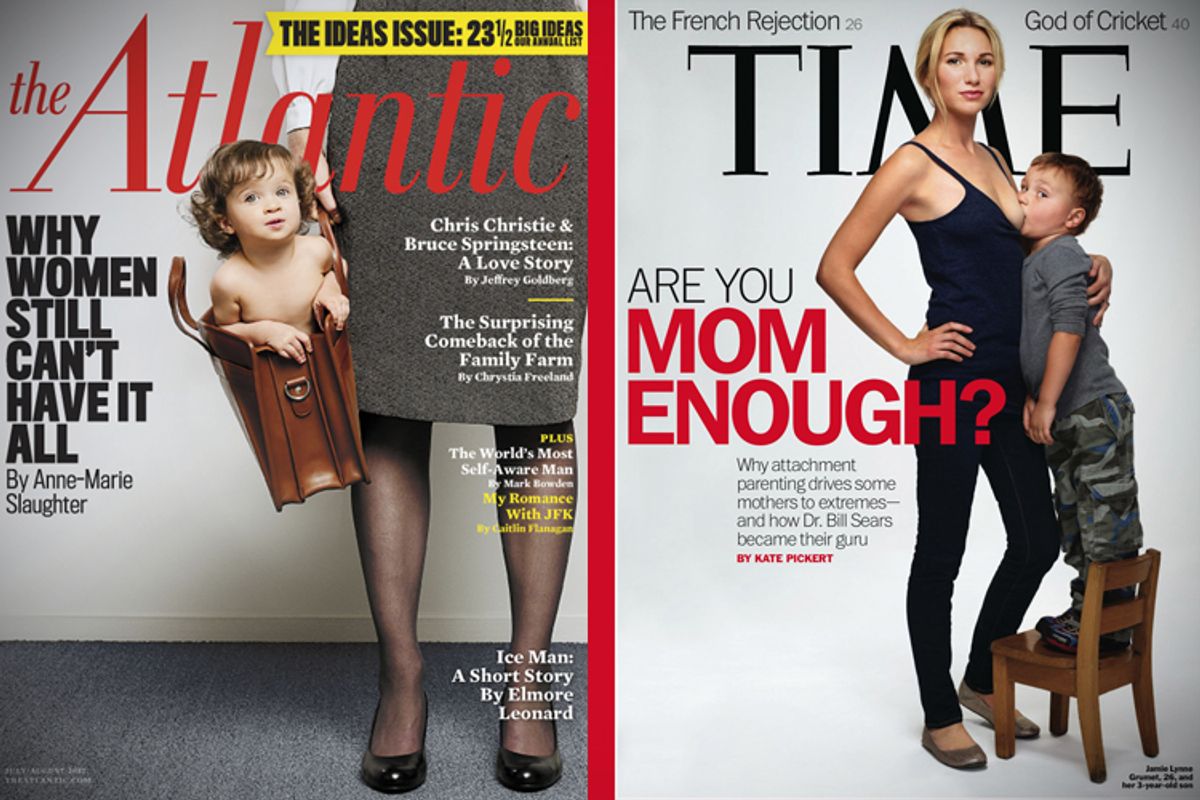 In her 1945 essay “The Woman Problem,” in the Antioch Review, Elizabeth Hawes writes that housewives should be more politically involved. The essay also discusses the complications women faced when they became part of the workforce because of the war, and what would happen when “the men” returned. At times, the essay is cringeworthy within the context of modern sensibilities. As part of her opening salvo, Hawes says, “It is patent to everyone that the women of this country—most of them­—say ninety-nine percent, have never taken any very active part in the affairs of their communities, states, or the nation.” This hardly seems accurate, but it does give a good sense of the climate for women in 1945 where women were preferably seen but not heard.

Toward the end of the essay, Hawes says, “The mass of women in America have never been encouraged to go out and get [what they need]. As a group they have been patronized to their faces and laughed at behind their backs by the very men who assiduously profess to love and admire and protect them. They have been discouraged at every turn from becoming active citizens.” It is surprising (or not) how little has changed, and how women are, in ways both great and small, still discouraged from becoming active citizens and equal participants in our culture.

The idea that there is a “woman problem” is one that predates even this 1945 article and certainly persists today. Women are a cultural mystery that must be solved, and solutions are often advanced through trend journalism. The trends being written about generally receive shallow treatment, reducing women and their choices to not-so-clever catchphrases. Lean in! Opt out! Jump up! Sit down!

Every day we are presented with a breathless article about the choices women make as if these choices are intrinsically bound with grand revelation. Women love sex or hate sex. They want kinky sex or casual sex or prefer straight missionary style. They fake orgasms. They don’t. They want children. They don’t. They exercise or drink or eat exotic foods while pregnant or don’t. They breast-feed or don’t (cf. the infamous Time breast-feeding cover). They co-sleep with their children or don’t. They enter this field or that (or they fail or succeed in "having it all"). Each of these inquiries treats women as anthropological subjects, heretofore unknowable when, in fact, women are just as unique and common as men.

The conclusion in such pieces is largely the same: Women are individuals who have desires, feelings, thoughts and opinions. We rarely see such pieces about men because we take their individuality, their humanity for granted. When we do see such articles about men, it is often because they are making choices women traditionally make — one popular genre is the stay-at-home father, and some writer grappling with that father’s masculinity and what life must be like for such an avant garde parent.

Such gendered trend journalism also tends to focus on one kind of woman — white, wealthy or upper middle class and heterosexual. There is an absolute lack of intersectional thinking, with little attention given to how working-class women, queer and transgender women, or women of color might live their lives when their choices are often constrained in ways the wealthy cannot fathom. Worse, it’s not just one magazine or newspaper that publishes gendered trend journalism, it’s most of them.

I’m not sure when journalism became engulfed by wall-to-wall trend coverage but at some point we have to say enough -- or, as the case may be, not enough. It’s one thing to read yet another article about the wonders of Brooklyn and the other outer boroughs or expensive baby strollers or wealthy parents who fly their children to summer camp. We can regard those articles with a certain detached amusement because the rich are, in their way, a curious group. There are relatively few of them, they do things we find as galling as they are interesting, and we can look upon their lives with a detached bemusement and disgust as we grapple with our underwater mortgages and student loan payments and rising healthcare costs.

Gendered trend journalism is something different. Women are half of the population so it is baffling that we are consistently corralled into strange anthropological inquiry and then are supposed to be grateful our lives are being covered at all. This is, I suppose, progress. There was a time when we were completely absent from public discourse. Then there was a time when the most we could hope for from journalism, after suffrage and before bra burning, was a good recipe.

How do we break free from trend journalism? For one, this doesn’t have to be all or nothing. I am, in truth, interested in articles about work-life balance. I am interested in how other professional women are negotiating career and relationships and children or not having children. I simply wish the way we discussed these issues wasn’t so narrow and one-sided. I want the conversation to be more complex. I want to see the same attention given to the choices men make about their professional and personal lives because they are, in fact, making choices too. I want such pieces to feel less like women are a specimen, in a petri dish, beneath the lens of a microscope. I want to see less of a sense of wonder and bewilderment when it turns out that in some respects, women, they are not so different from men or they are and the world somehow still turns.

I’m also interested in topics that have nothing to do with gender. I’d like to see more of such journalism written by women. It’s always startling to see how many gendered trend pieces are written by talented women, eminently capable of writing about other topics.

Editors seem to assume women are solely capable of providing expertise on women. This is a generalization, but it largely holds true. I often wonder if this is a product of the most banal writing advice: write what you know. Is there an assumption that women can write about women’s lives while men can tackle the rest of what goes on in the world?

For the past three years, we have benefited from the work of VIDA, an organization that has counted the number of women and men contributing to major publications like Harper’s, the Atlantic, London Review of Books, the New Yorker, the New Republic and so on. The numbers since 2010 have been disheartening and generally grim. The numbers are, at the end of the day, only numbers but they have started a necessary conversation. The recently launched website Who Writes For now tracks the gender breakdown for the front page of the New York Times website every day. On Aug. 7, 41 pieces were written by men and 15 were written by women.

It would be interesting to see what a more nuanced count would reveal — one that looked at major publications and counted not just the demographics of contributors, but also what those writers were contributing. I suspect that information would be equally revealing. I suspect we would see that many women are writing primarily about the female experience in the same way that writers of color are often relegated to writing about race and queer writers are relegated to writing about sexuality. The notion that we should write what we know has, perhaps, doomed some of us to forever being underestimated about what we do or could know.

Meanwhile, men continue to dominate most journalistic forums. They get to narrate the world and shape opinion and comment on our culture in drastically higher numbers than women. They become the editors who commission more of the same from writers who look and think like them. The cycle continues and we’re fast reaching the point where we can no longer point to history as the culprit.

What do we do with what we know? How do we address these imbalances? How do we create more demand for journalism that doesn’t condescend to women and treat them merely like curious, unknowable creatures? We still don’t have these answers.

There is an uncomfortable question many women writers face. What’s more important, doing what we love or maintaining our integrity? Rarely do we get to have both. I want to write a long-form essay about the costs of college education as someone who teaches at a regional state university in a building in desperate need of repair and also as a former college student who has a mortgage amount of student loans. There’s a lot of uninformed rhetoric about the cost of education and where the money actually goes and I want to ask some questions and see what I can learn. I’ve pitched the piece without success, probably because it would take time to write and would be rather long, which means it would be a fairly expensive piece to commission.

I have, however, been asked, in lieu of that piece, to write a personal essay for a glossy print magazine for a very good rate, so long as I write about love and sex. This is how, all too often, women get to participate in anything, both now and in 1945.