The countries are demanding an end to electronic waste 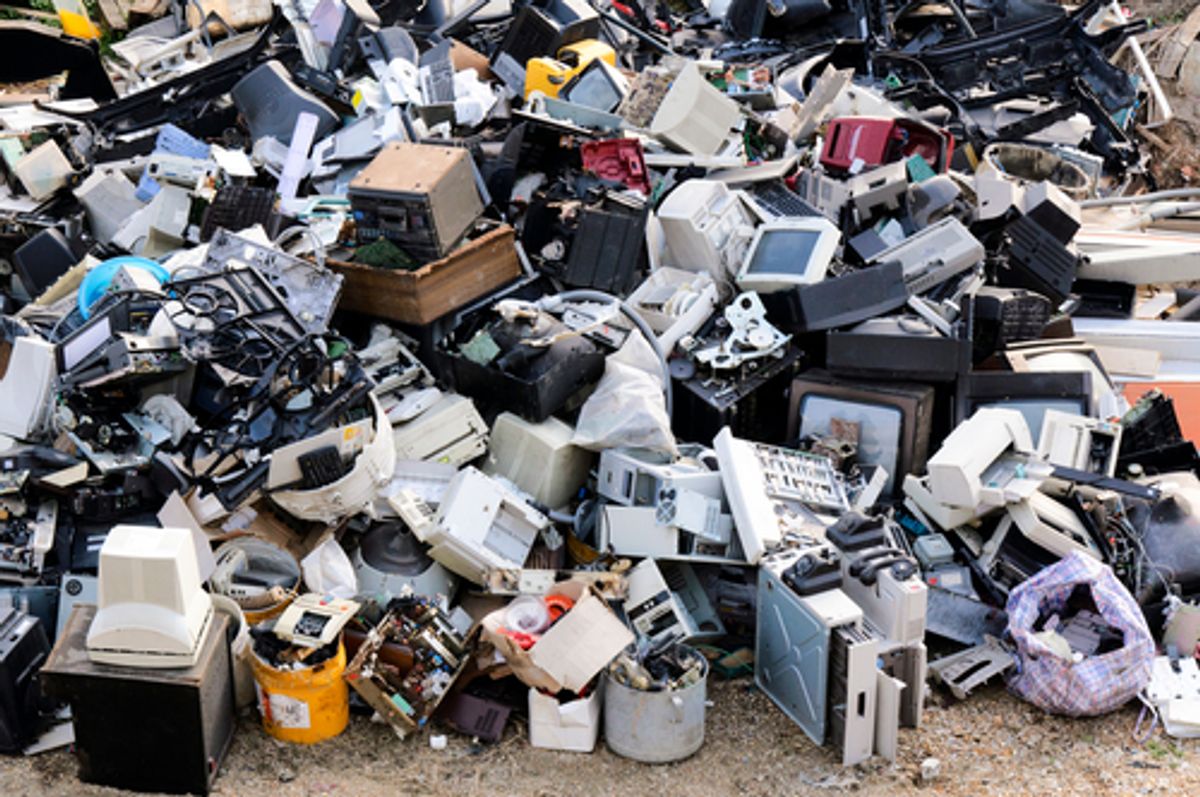 African leaders this week called for an end to the import of old cellphones and computers from Europe. According to the Guardian, electronics "donated" to African countries aren't always useful, and often just end up being an environmental hassle. Yet the high cost of recycling these goods in Europe -- ironically due to stringent environmental regulation there -- means those that don't end up in landfills find their way to African countries, which are then left to deal with hazardous components. According to a recent UN report, West Africa receive 220,000 metric tons of secondhand electronics in 2009:

In Ghana 30% of imports of allegedly secondhand products were useless, despite EU efforts calling for electronic goods to have some reusable value. Overall, the UN report shows that about 85% of containers arriving in Ghana with electrical and electronic goods came from Europe, with 4% from Asia.

Updating the 2003 waste from electrical and electronic equipment (WEEE) directive, the African representatives are calling for tougher national laws that would encourage recycling in EU nations and more rigorously enforce exports.