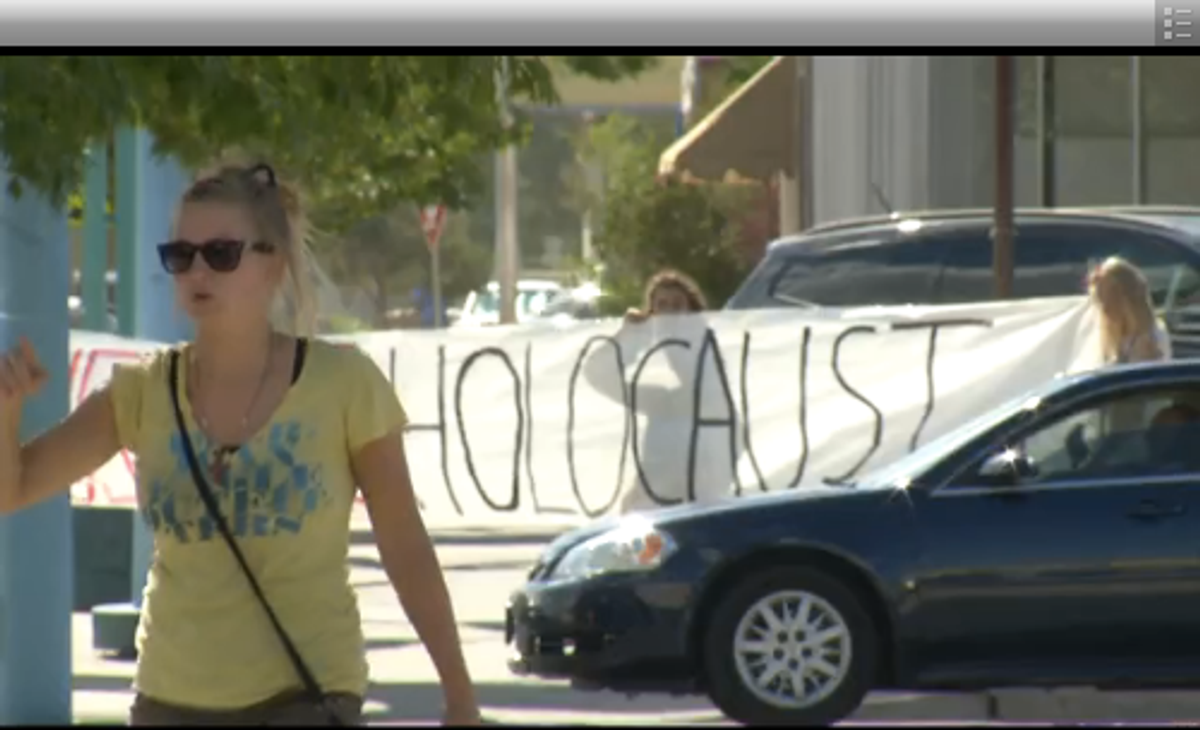 Anti-choice activists in Albuquerque lined up to demonstrate at the New Mexico Holocaust and Intolerance Museum this week, passing out flyers that read, "ABQ: America's Auschwitz" and harassing visitors and employees to such an extent that the museum was forced to close early.

Comparing a safe, legal medical procedure to a genocide of millions of people is a common device among reproductive rights opponents, but that doesn't make the tactics used by these protesters any less abhorrent.

And, as a reporter from KOB Eyewitness News 4 found out, almost all of the teenagers participating in the wildly insensitive protest were bussed in from out of state and knew nothing about New Mexico's abortion laws in the first place, as one protestor admitted: “Since I just got here, we've been learning about it since then, so I don't know too much."

Local residents were outraged, as one woman noted: "We are hurt and outraged that these out-of-state extremists would come to our city and disrespect one of our most important landmarks."