Can arugula save Detroit? 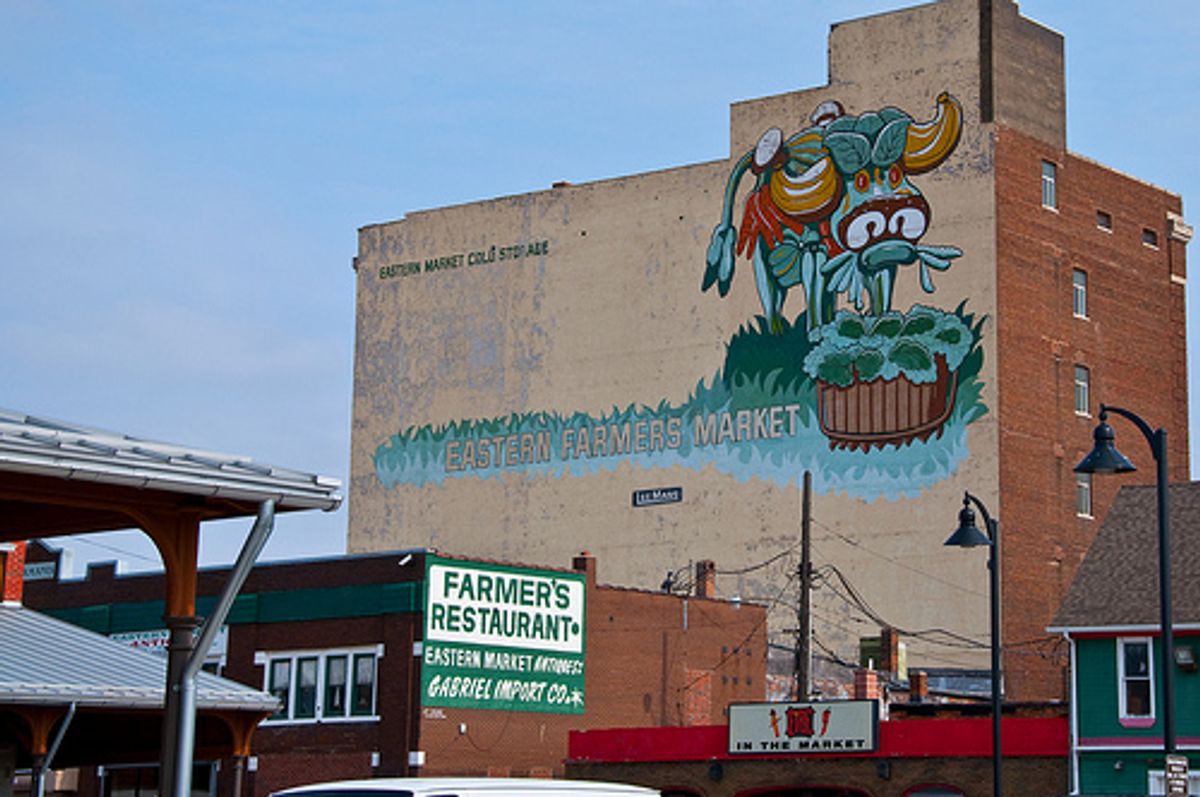 In places like New York and Seattle, urban farming is yet another progressive undertaking. For the bankrupt city of Detroit, returning to the land could be a way of starting over. According to Bloomberg, a movement is underway to repurpose the city's 150,000 vacant lots for locally grown food. Local officials say the project could create jobs, brighten the landscape, and perhaps even help revive the economy.

The plan hinges on the promise of direct-to-consumer and local agriculture, which in the U.S. brought in $8 million in 2007. A former teacher-turned-farmer told Bloomberg that aside from growing enough to feed his family, he can make $20,000 to 30,000 per acre each year by selling his produce to local restaurants and directly to consumers. Like-minded entrepreneurs are helped by the fact that Michigan ranks fourth in the nation for number of farmers markets.

Not that city farming is by any means an easy endeavor:

Lead helps determine where he plants -- he passed on one parcel because of high levels -- and he focuses on arugula and other greens as well as thorny raspberry bushes in the city to deter thieves who might walk off with the cantaloupes he grows outside Detroit.

Still, enthusiasts see the effort as being potentially transformative. By the year 2050, the planning project Detroit Future City envisions 29 percent of the city's land being allocated to landscape, of which farming would become a part.