In a sermon, Rick Warren cast "everyday doubts" as a form of mental illness. They're most definitely not 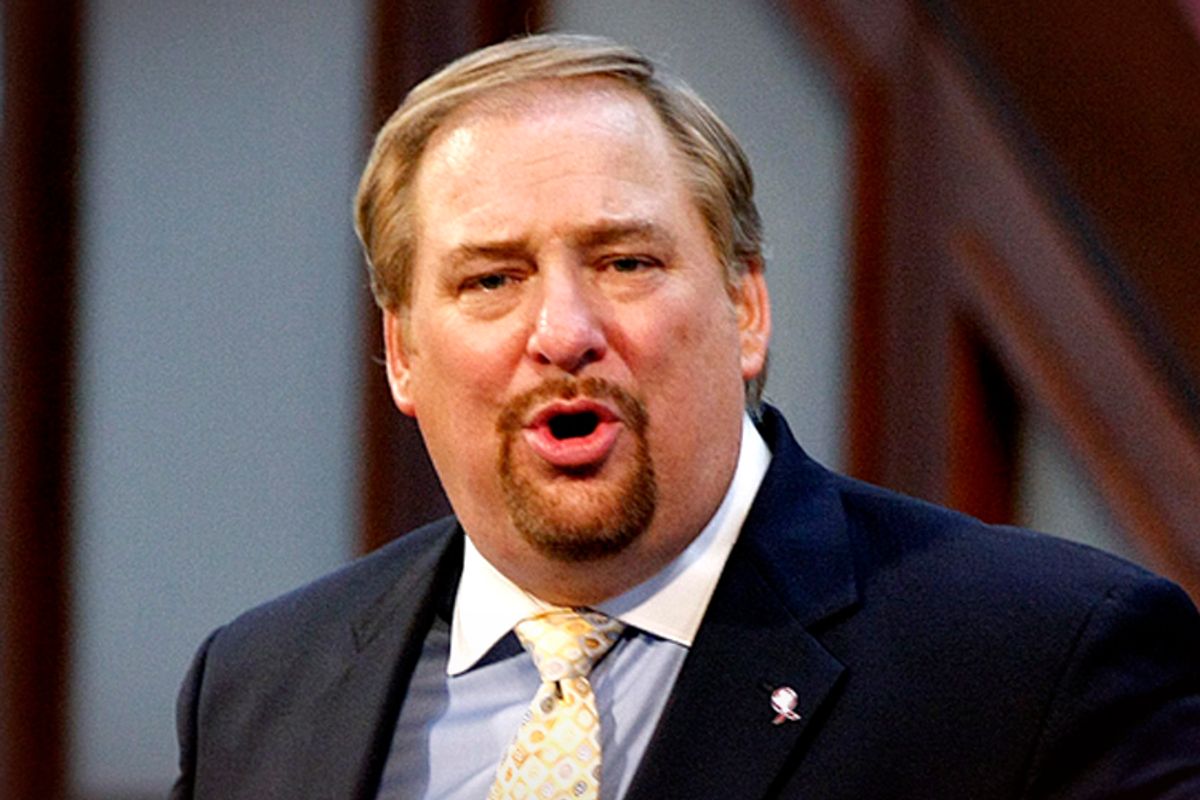 So said Rick Warren, founder and senior pastor of the megachurch Saddleback Church and author of "The Purpose-Driven Life," in a sermon largely about his son's mental illness and recent suicide.

So what is mental illness? The DSM says this:

No definition adequately specifies precise boundaries for the concept of mental disorder.

But within these obvious limitations, it defines mental illness as:

A clinically significant behavioral or psychological syndrome or pattern that occurs in an individual and that is associated with present distress (i.e., a painful symptom) or disability (i.e., an impairment in one or more important areas of functioning) or with a significantly increased risk of suffering death, pain, disability, or an important loss of freedom. The syndrome or pattern must not be merely an expectable and culturally sanctioned response to a particular event (emphasis mine). It must currently be considered a manifestation of a behavioral, psychological, or biological dysfunction in the individual.

Mental illness is many things. But there's one thing it most emphatically is not -- and that is everyday fears, worries, doubts, and attractions. (Of the items on Warren's list, "compulsions" is the only one that belongs.) Seeing mental illness as ordinary emotions is a fundamentally flawed view,  one that harms people actually living with such illness.

These attitudes also makes mental illness harder to recognize. If you think depression is just ordinary sadness, you're less likely to identify it or take it seriously, in others or yourself. Add the stigma still attached to mental disorders, and you get a toxic combination, making many people unwilling or unable to recognize mental illness until it becomes severe.

We need to understand the reality of mental illness, so we know how to respond appropriately. But understanding reality is not Warren's strong suit. "Pain is not relieved by explanations," he said in the same sermon. "Pain is relieved by the presence of God in your life."

This is shockingly, disturbingly wrong. An "explanation" -- i.e., an accurate diagnosis -- can, in fact, relieve the pain of mental illness. It's one of the few things that can. Understanding mental illness -- which illness you're dealing with, what makes it better or worse, which treatments are helpful and which ones aren't -- is essential to effectively treating or managing it. And understanding mental illness can relieve much of the fear -- about other people's illnesses, or your own.

And note how Warren slipped "doubts" into the list of painful experiences that qualify as mental illness. Given his position as founder of Saddleback Church, given his many statements (including in this sermon) about being guided by faith over rationality, it's hard to read "doubts" as anything but "religious doubts." He's basically saying that atheism, agnosticism and questioning religious faith are mental illnesses. He's telling his flock that if they have "doubts" about God's existence, they're in the same category as his son -- who suffered from borderline personality disorder and major depression, and who shot himself at age 27.

I respect Warren for his desire to de-stigmatize mental illness. And I respect that he's willing to let his son's tragic death be an inspiration to make the world better. My friend Rebecca Hensler did much the same thing -- when her son died, it inspired her to start the online support group for grieving atheists, Grief Beyond Belief -- and I think this is highly praiseworthy.

But intention is not magic. It's not enough to want to de-stigmatize mental illness. You have to actually do it. And lumping it in with ordinary emotions -- and treating it as something better handled with faith than understanding -- doesn't help.