How MTV forced rock stars to be sexy

Video may not have killed the radio star, but it did force them to make themselves into brands 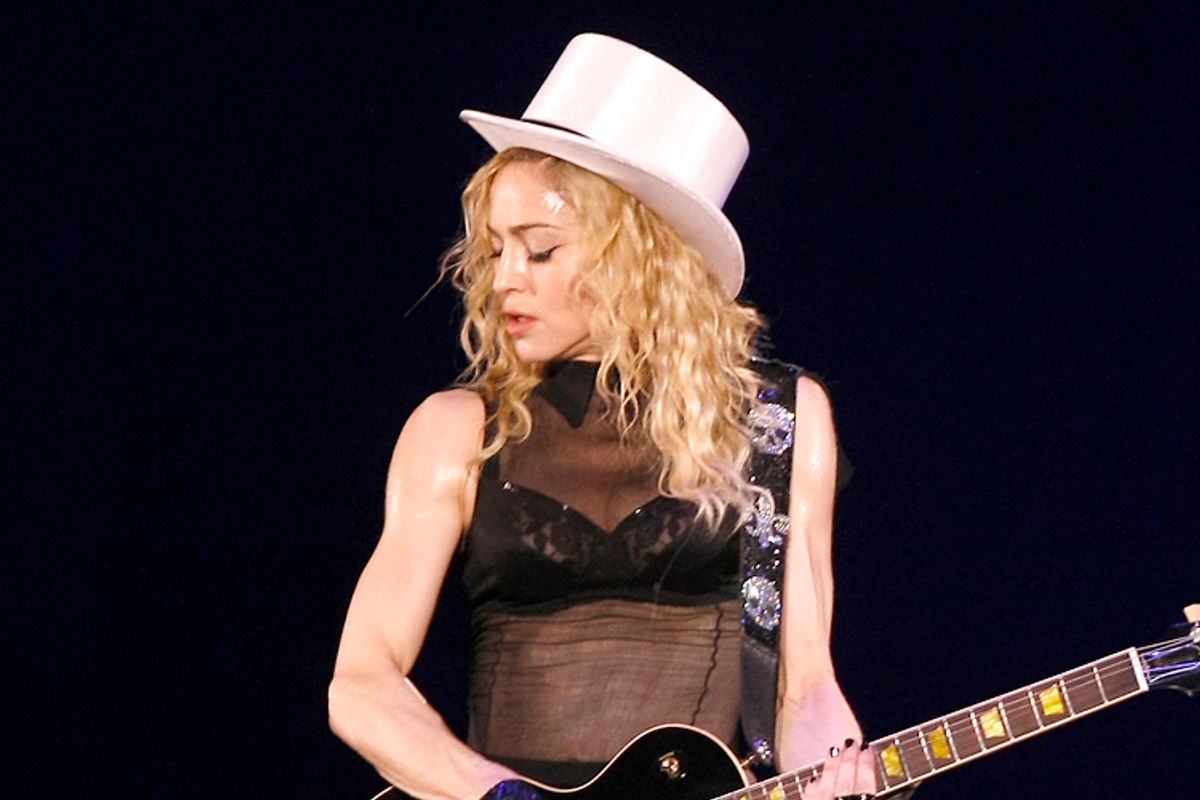 Last week marked the anniversary of the premiere of MTV. Thirty-two years ago, the footage of a rocket blasting off into space, an astronaut walking on the moon and a voice saying, “Ladies and gentlemen, rock ‘n’ roll” launched the first 24-hour music channel, heralding a revolutionary way to consume music.

Michael Jackson moonwalked on illuminated sidewalks; Madonna burned crosses; and rock stars appeared in color in the living rooms of countless Americans. After "Yo! MTV Raps" and "Headbangers Ball," there were "Total Request Live," "MTV Unplugged," and countless other programs. And for musicians, having a music video on MTV was the pinnacle of success. Suddenly the paradigm of the music industry was turned on its head, and music videos, instead of radio, drove record sales. The Buggles’ hook “Video killed the radio star” seemed like an absolute truth.

But now that the party is over and MTV has swept out any remnants of music videos from their main channel to clear space for reality television shows like "Jersey Shore" and "16 and Pregnant," did the video star actually "kill" the radio star? Well, music videos are exiled to MTV 2 and YouTube, and what remains of MTV's reach is its influence on the branding  of artists. Contemporary radio programs and streaming technology like Spotify, Pandora and SoundCloud are showing that The Buggles spoke way too soon and music videos -- and the musicians who make them -- are in the hands of marketing and communication professionals, not VJs.

“People reminisce [about] the good old days,” says Abbey Konowitch, former vice president of programming and senior vice president of music and talent at MTV, “in ways that are startlingly unclear, because like everything that happened magically in music — 33 r.p.m. records, cassettes, CDs — I put MTV in the same category as Spotify, iTunes, iPods and now Pandora. They will all be romanticized.”

Today the largest complaint about MTV is that they stopped playing music videos. Clearly, the radio star wasn’t buried by the video, but countless members of a generation now outside of the current MTV demographic wax poetic about the golden days when they could turn on the television and watch Duran Duran standing on a sailboat in suits or Sean Combs (he was called Puff Daddy back then) driving a car through a building on fire.

“In your home,” Konowitch said, “you could see every artist MTV chose to play. You could understand their story. Or you could literally be touched by Sting or Madonna… They came into your house, and you didn’t invite them.”

This extra dimension helped music come alive and allowed fans to feel more connected to their favorite musicians. And the record companies profited, which forced bands’ images to come under even more scrutiny. Suddenly the music video became a gigantic production.

“I think MTV affected [the music industry] in good ways and very bad ways,” Konowitch said. “In a good way, you didn’t have to be on the radio; you could be an independent artist and get mass exposure. The bad way, artists for the first time became judged on their appearance. You had to be pretty; you had to be a television-sellable artist, but it was the first real sales catapult for the record industry since the CD. It became, to many labels and managers, the panacea for the ills of the record industry. You had to be on MTV.”

So if MTV was a tool, a way to introduce an audience to new music, a way to cause record sales to jump, then was MTV's influence on the music itself — or the way it was packaged?

“I think they were a packager and a promoter,” said Jonathan Taplin, a University of Southern California professor specializing in the field of digital media entertainment, the former tour manager for Bob Dylan, and producer of Martin Scorsese’s "The Last Waltz." “[MTV] had nothing to do with how music was made.”

While MTV created entertaining programming and permitted access to artists and musicians who might not have found the exposure elsewhere, they also helped change the way music was branded and had little impact on the compositions, the albums and the songs. Music videos were carefully produced advertisements for record companies to sell their products: the musicians.

“Branding and brand didn’t exist in the vernacular in the first decade of MTV, but indeed it was what you were doing — building brands," said Konowitch, comparing music videos on MTV to their contemporary venue, YouTube. "Today the same thought goes into music videos, and in some cases, the same cost." And YouTube videos are "used for the same purpose — to expose, advertise and market music and artists."

Before MTV, there were music videos — Bob Dylan’s “Subterranean Homesick Blues” with a cameo by Allen Ginsberg, for instance — and many of them were feature-length documentaries — like "The Last Waltz" and the stunningly beautiful "Jazz on a Summer’s Day," which is a documentary of the 1958 Newport Jazz Festival. It’s a fantastic cinematic experience where the images of the festival — everything from audience members staring at Thelonious Monk as if he was a math problem that needed to be solved to festival images reflecting in the water — are poetically rendered to match the music, creating an almost synesthetic experience.

But somewhere along the way, the image of the musician was so carefully constructed that the music was not always the focus. The same way advertisements communicate messages unconsciously, music videos began to brand lifestyle, sexuality and class, and when consumers purchased the music, they were buying a brand as well as a composer, an artist, a musician. When you listen to certain pop stars who project an image of living a fabulous lifestyle, you can hear the sparkling dress; you can hear the diamond necklaces clacking; you can hear the champagne tonality of the production design. And doesn’t this take focus away from the music?

“If anyone said to Bob Dylan, ‘We’re going to brand you,’ he would have kicked him out of the room,” said Taplin. “I don’t think Mumford and Sons want to be branded either… Serious musicians don’t talk about branding. Silly pop stars do, but how long does that last?”

Every time we laud MTV for revolutionizing the music industry and peer back at the glory days of music videos with wonderment and nostalgia, we should remember Milli Vanilli — a duet who lip-synced their songs because they lacked musical talent, but did have a sellable image. Maybe that's the archetype that survives today.

So yes, MTV was entertaining and revolutionary, and there were plenty of music videos made that were stunning and artistically rendered. Clearly most of the people who worked there believed in its vision, but now that there are countless ways to consume music without the image — Spotify, Pandora, SoundCloud, iHeartRadio — maybe MTV's biggest influence on music was in the way musicians were branded. That influence may not be so good for musicians -- but, said Taplin, all is not lost: "At the last Grammys, the winners and performers were real serious musicians in a deep tradition of American music culture, and that’s what counts. They’re not the most handsome or cute people in the world… they’re just musicians."