Thanks for the pesticides, America!

While the U.S. banned a hazardous chemical from domestic use, corporations are exporting it — to deadly effect 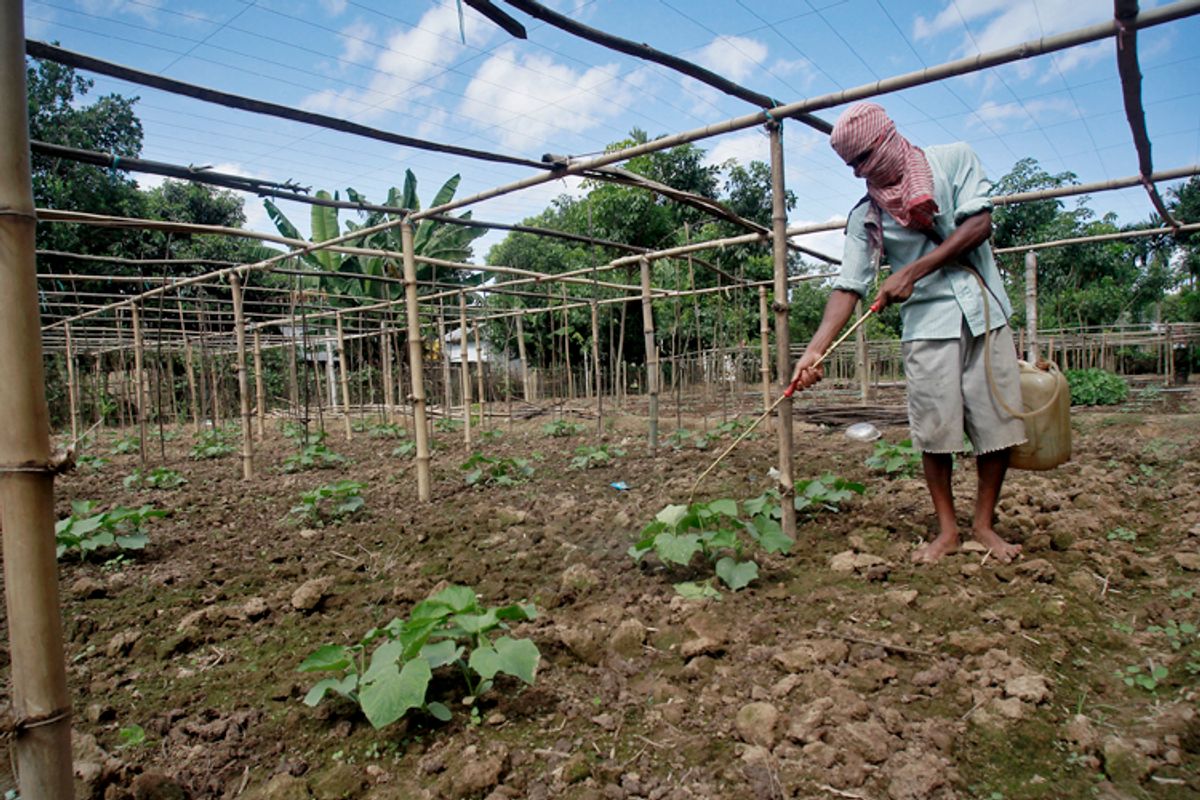 After eating a school lunch that was made with cooking oil tainted with the toxic pesticide monocrotophos, 23 Indian children were recently killed. While the media has highlighted the widespread use of highly hazardous chemicals in India and subsequent health effects, what's largely unreported is the role that the United States has played -- and continues to play -- in the tragic but preventable deaths from monocrotophos around the world.

Monocrotophos is an organophosphorus insecticide developed by Ciba-Geigy (now Novartis) and first registered for use in the United States in 1965. Shortly thereafter, it was discovered to be extremely toxic, and was linked to massive bee die-offs, thousands of bird deaths and extreme risks to human health and the environment. This ultimately led the Environmental Protection Agency to restrict and eventually ban its use in 1989.
But, even though monocrotophos was prohibited for use domestically, corporations were permitted to continue making the chemical for export only. In fact, in the five years after this insecticide was banned in the U.S., more than 1 million pounds were exported from U.S. ports, often arriving in some of the poorest countries in the world. This practice was and continues to be allowed under the federal law that states, "pesticides that are not approved -- or registered -- for use in the U.S. may be manufactured in the U.S. and exported."

In what became the ultimate irony, after the U.S. banned monocrotophos but continued to export it, traces of the chemical were found on produce imported back into the country. The U.S. General Accounting Office examined results of tests on imported produce for traces of unregistered pesticides between 1989-91, and monocrotophos accounted for 69 of the 88 violations it discovered. This finding completed what David Weir and Mark Schapiro originally called the "Circle of Poison," in which banned pesticides first harm American workers who help produce them for export, then travel abroad where they are routinely sprayed on workers in the fields and nearby communities, and ultimately return to the U.S. on imported food.

The deaths of the 23 Indian schoolchildren happened more than twenty years after the pesticide's ban in the United States. It’s time to reexamine our archaic export laws on chemicals not approved for use in the United States. Until we do so, we remain a crucial player in continuing the circle of poison.

Evan Mascagni is the Director of the upcoming documentary film, Toxic Profits.  He is also an attorney at the California Anti-SLAPP Project, a public interest law firm and policy organization dedicated to fighting Strategic Lawsuits Against Public Participation (SLAPPs), and a Legislative Assistant at the Public Participation Project.