Not everything's a shark "attack"! 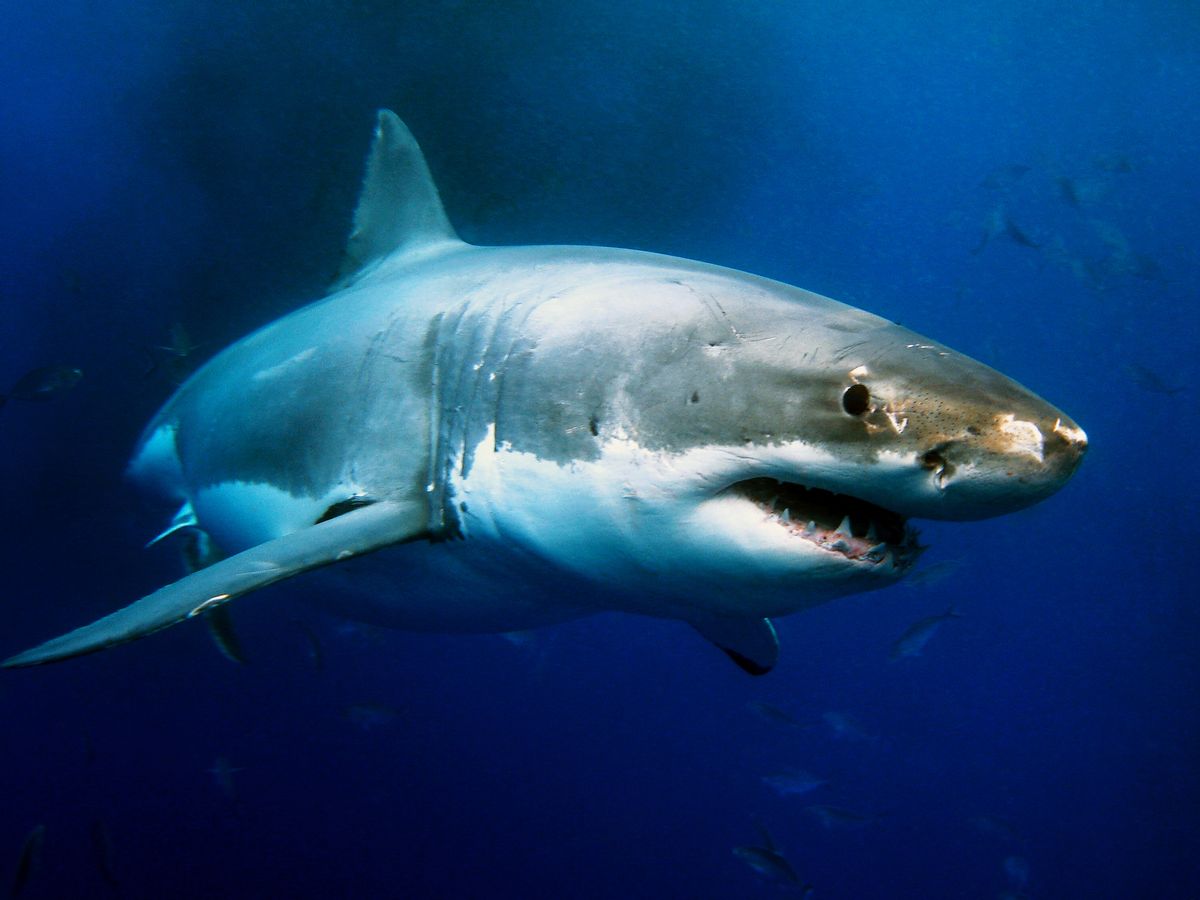 Just in time for Discovery Channel’s annual bloodbath known as Shark Week, a group of scientists in the American Elasmobranch Society sent out a plea to Reuters, the Associated Press, and other media organizations asking them to revise the way they report on human encounters with sharks. The AES argues that applying the term "shark attack" to every little incident is damaging to how the public perceives sharks, and perhaps in turn, to conservation efforts as a whole. Not to mention any article that uses the word “attack” five times—when blood wasn’t even shed—is junk journalism. (I’m looking at you, AP.)

To remedy this vocabulary #fail, the AES proposes we classify human-shark interactions along a four-point spectrum, which I have paraphrased, and provided ratings for, here:

Shark bites: cases where a shark actually bites a human, but the injuries are not fatal. (Rating: Physically and emotionally traumatized for life? Maybe. Awesome scar story? Definitely.)

Fatal shark bites: cases where a shark bites a human, and the person dies from the wound. (Rating: An astronomically unlikely tragedy.)

You’ll notice none of these classifications include the words “shark attack.” According to a paper published in the Journal of Environmental Studies and Sciences, “intent-laden words like ‘attack’ can give sharks a perceived trait of malicious ‘agency’ and support government overreactions to shark bites” and the “criminalization of shark bites.” To put that in English, “attack” implies that sharks are mean instead of just doing what wild animals sometimes do. The researchers also find that descriptors like “rogue” shark and “man-eater” equally destructive. When was the last time you saw a news article about a “seal-eating” shark? And remember, humans are not the primary—or even secondary—food source for any shark species (though we have made a good deal of soup out of them).

“A true incident where a shark takes a human life is pretty rare,” AES president and biologist Lara Ferry told me. “We just want to be able to put these incidents into perspective and not vilify the animals.”

Like any good article about sharks, I am now expected to tell you how likely you are to be fatally-shark-bitten (how’s that, Ferry?) in relation to lightning strikes. But that’s boring. What if I told you that in 2008 more people died of collapsing sand hole incidents than shark attacks? Or that in 1996, sharks injured thirteen Americans. (Injured, mind you—not killed.) In the same year, 43,000 of your compatriots were injured by toilets. Toilets! Not to mention, most shark species grow to less than three feet long and almost never come into contact with humans. Furthermore, in the extremely unlikely event you swim into a set of pointy shark teeth, humans survive 87 percent of all shark bites.

Frankly, I can see both sides of the argument. Despite seeing Jaws at a young age and listing death-by-great-white as my #1 irrational fear—ahem, I live in Pittsburgh—I love sharks and feel a personal pang of regret every time I read about how crazy-efficiently humans are wiping them out. All evidence points to the fact that, in reality, it’s the sharks that need protection from us.

But I’m also a writer trying to make a living in a rich online ecosystem. Headlines get clicks, and clicks sell the advertising that keeps the websites that pay my salary afloat. And lets face it: “Shark bites Girl in Half” is going to get a lot of clicks.

As of this writing, neither Reuters nor the AP have responded to the AES’s Monday release—nor did they immediately respond to my inquiries—but Ferry hopes the guidelines are still making their way up the newsroom food chain. The new lexicon would be a small step, she admits, but also a necessary one to take toward rehabilitating the shark’s image.

“I don’t think any one individual or action has the power to suddenly change the way that everyone perceives this overnight or the way the internet sells it,” she says. “But if a few people pick it up and if media writers start using this terminology that presents a kinder, gentler face to sharks, then maybe over time we’ll see a difference.”

In the end, it’s up to us—the writers and readers—to take another look at sharks and our sensationalism of them. If everyone currently outraged about Discovery Channel’s Megalodon fauxmentary made a commitment to watch their language and demand more of their journalists, perhaps that’d be a start toward institutionalized change. That way, we can start appreciating these awesome animals for what they really are: predators that every so often take a bite out of the wrong butt. (Like you never made a mistake in your life!)