The nightclub and television singer is survived by her husband and music partner, Steven Lawrence 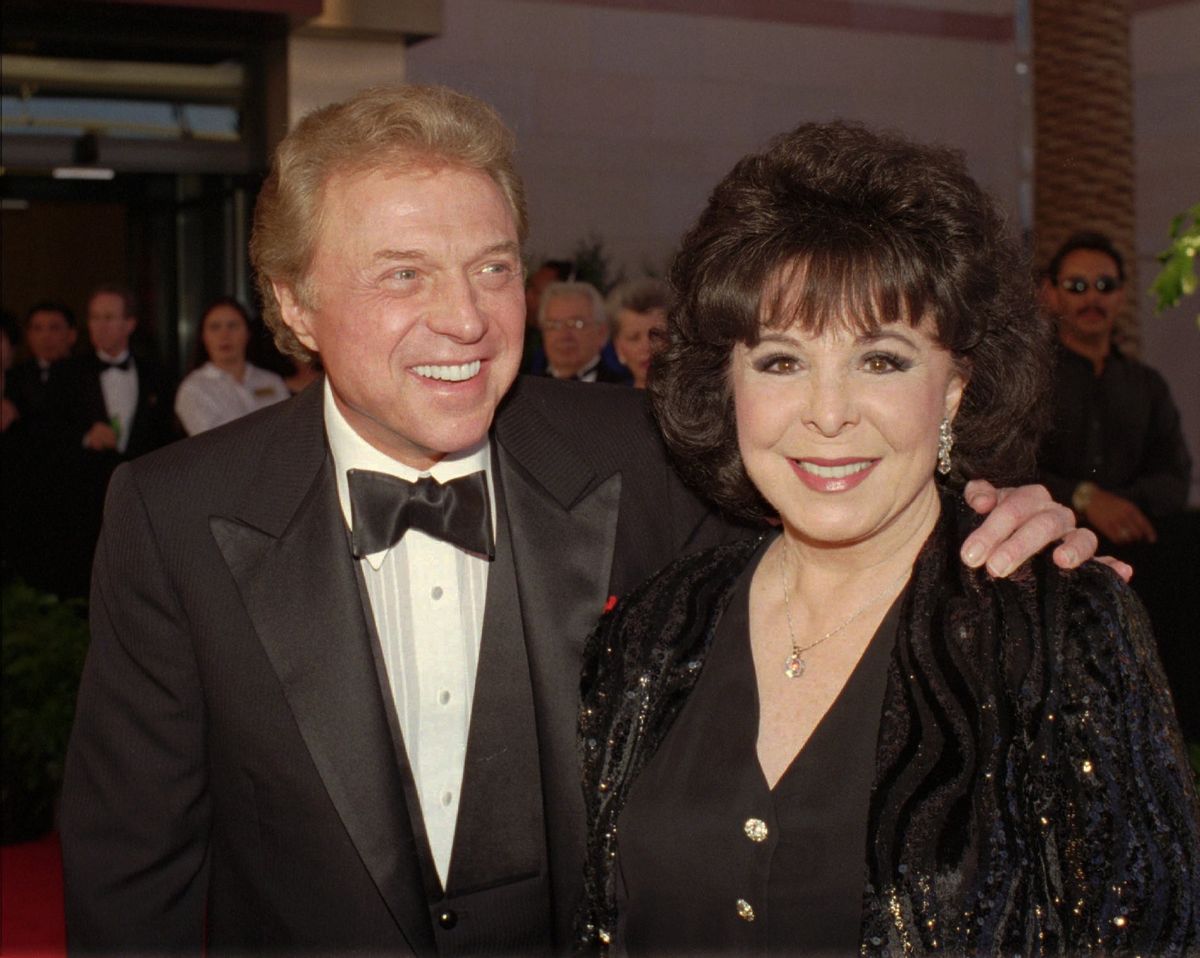 LOS ANGELES (AP) -- Eydie Gorme, a popular nightclub and television singer as a solo act and as a team with her husband, Steve Lawrence, has died. She was 84.

Gorme, who also had a huge solo hit in 1963 with "Blame it on the Bossa Nova," died Saturday at Sunrise Hospital in Las Vegas following a brief, undisclosed illness, said her publicist, Howard Bragman.

Gorme was a successful band singer and nightclub entertainer when she was invited to join the cast of Steve Allen's local New York television show in 1953.

She sang solos and also did duets and comedy skits with Lawrence, a rising young singer who had joined the show a year earlier. When the program became NBC's "Tonight Show" in 1954, the young couple went with it.

They married in Las Vegas in 1957 and later performed for audiences there. Lawrence, the couple's son David and other loved ones were by her side when she died, Bragman said.

"Eydie has been my partner on stage and in life for more than 55 years," Lawrence said in a statement. "I fell in love with her the moment I saw her and even more the first time I heard her sing. While my personal loss is unimaginable, the world has lost one of the greatest pop vocalists of all time."

Although usually recognized for her musical partnership with Lawrence, Gorme broke through on her own with the Grammy-nominated "Blame it on the Bossa Nova." The bouncy tune about a dance craze of the time was written by the Tin Pan Alley songwriting team of Barry Mann and Cynthia Weil.

Her husband had had an equally huge solo hit in 1962 with "Go Away Little Girl," written by the songwriting team of Gerry Goffin and Carole King.

Gorme would score another solo hit in 1964, but this time for a Spanish-language recording.

Gorme, who was born in New York City to Sephardic Jewish parents, grew up speaking both English and Spanish. When she and her husband were at the height of their career as a team in 1964, Columbia Records President Goddard Lieberson suggested she put that Spanish to use in the recording studio.

The result was "Amor," recorded with the Mexican combo Trio Los Panchos.

"Our Spanish stuff outsells our English recordings," Lawrence said in 2004. "She's like a diva to the Spanish world."

Gorme and Lawrence, meanwhile, had an impressive, long-lasting career in English-language music as well, encompassing recordings and appearances on TV, in nightclubs and in concert halls.

Throughout it, they stuck for the most part with the music of classic composers like Berlin, Kern, Gershwin, Cole Porter, Rodgers and Hammerstein, and other giants of Broadway and Hollywood musicals. They eschewed rock `n' roll and made no apologies for it. As they like to put it: "no punk, no funk, no rock, no schlock."

"People come with a general idea of what they're going to get," Lawrence said of their show in a 1989 interview. "They buy a certain cereal, and they know what to expect from that package."

Soon after their marriage, the pair had landed their own TV program, "The Steve Lawrence and Eydie Gorme Show," which was a summer replacement for Allen.

Not long after that, however, Lawrence entered the Army, and Gorme went on the nightclub circuit as a soloist until his return to civilian life two years later.

After his discharge, Lawrence and Gorme quickly reteamed, and their careers took off.

They appeared at leading nightclubs in Los Angeles, Chicago, New York and Las Vegas, combining music with the comedy bits they had learned during their apprenticeship on Allen's show. In Las Vegas, the showroom sweethearts played the Sands, the Desert Inn and headlined for 10 years at Caesars Palace.

With nightclubs dwindling in popularity in the 1980s, they moved their act to large theaters and auditoriums, drawing not only older audiences but also the Baby Boomers who had grown up on rock `n' roll.

Gorme, who was born Edith Gormezano on Aug. 16, 1928, began to seriously consider a music career while still a student at William Taft High School in New York City's borough of the Bronx, where she had been voted the "Prettiest, Peppiest Cheerleader." The daughter of Turkish and Spanish parents, she grew up speaking Spanish at home.

After graduation, she worked as a Spanish interpreter for a time but also sang on weekends with the band of Ken Greenglass, who encouraged her and eventually became her manager.

Her first big break came when she landed a tour with the Tommy Tucker band, and she followed that up with gigs with Tex Beneke, Ray Eberle and on radio and television. Among her radio appearances was one on a Spanish language show, "Cita Con Eydie (A Date with Eydie)," which was beamed to Latin America by Voice of America.

Early in her career, Gorme considered changing her name, but her mother protested.

"It's bad enough that you're in show business. How will the neighbors know if you're ever a success?" she told her, so Gorme decided to keep the family name but changed her given name from Edith to Edie.

Later, having grown tired of people mistaking it for Eddie, she changed the spelling to Eydie.

She is survived by Lawrence, her son David and a granddaughter. Her other son with Lawrence, Michael, died of heart failure in 1986 at age 23.