When a TED talk is a propaganda tool

In June, venture capitalist Eric X. Li used the platform to extoll the many virtues of China's authoritarian regime 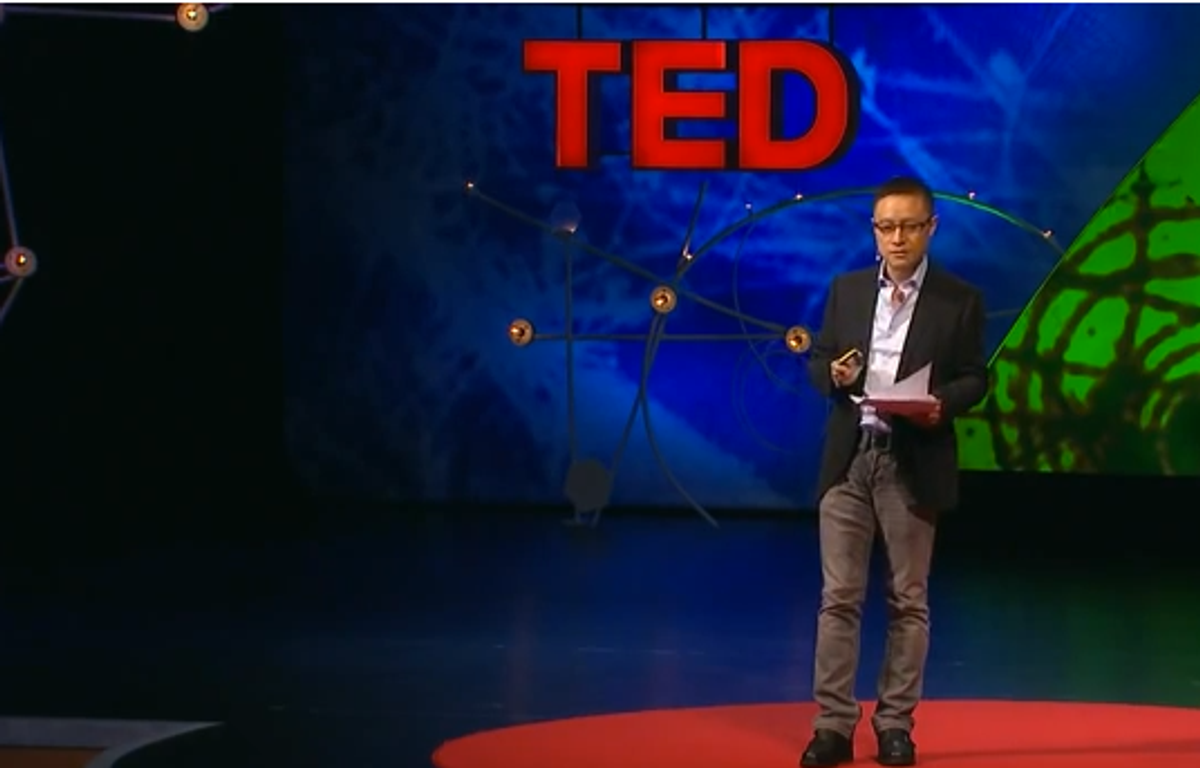 HONG KONG – Apparently the TED-talk format is so seductive that it can even make Leninism sound sexy.

“Winston Churchill once said that democracy is a terrible system except for all the rest,” he said. “Well, apparently he hadn't heard of the Organization Department.”

To people familiar with the pro-regime arguments regularly trotted out in China’s state-run media, Li’s speech was nothing terribly new.

They chuckled when Li called himself a “Berkeley hippy.” (He has a bachelor of arts degree from the UC Berkeley.) They laughed heartily at his gentle mockery of George W. Bush. They clapped when he said he was “not sure, actually, [that] elections produce responsive government any more in the world.”

When he finished with a paradoxical appeal for the world to embrace China’s one-party state on the grounds of “pluralism,” the TED audience gave Li a standing ovation. Since being posted online in early July, Li’s TED talk has received over 420,000 views and 16,0000 likes, generating more than 1,100 comments — many of them supportive.

It’s yet another major victory for a man that critics call Beijing’s slickest apologist.

Who is Eric X. Li? Born in Shanghai and educated at Berkeley and Stanford, Li is the consummate cosmopolitan: in addition to founding Chengwei Capital, he is a board member of the China Europe business school in Shanghai and Ghana, and a fellow at the Aspen Institute in Colorado.

It’s only been in the past several years that Li has made a global name for himself as an eloquent defender of China’s Communists. His biggest splash came in February of 2012, when Li wrote an op-ed in the New York Times titled “Why China’s Political Model Is Superior.” It concluded that “history does not bode well” for American-style democracy.

Then in July 2012, Li debated with China scholar Minxin Peion stage at the Aspen Ideas Festival, a rarefied event similar to TED. Sporting a well-fitting blazer and jeans, Li cut a dashing figure next to the more professorial Pei. Even as he made arguments in favor of Beijing’s opacity and against the need for “so-called freedom of speech,” Li always came across as reasonable, likable, and compelling.

As China analyst Damien Ma has pointed out, Li’s power derives in part from his mastery of Western-style argument and debate. Unlike the wooden, formulaic rhetoric common in Chinese propaganda, Li’s flexible intellectual style makes him far more persuasive to Americans.

In Beijing’s soft-power arsenal, Li has become — wittingly or not — one of China’s most powerful weapons.

Li did not respond to GlobalPost's requests for comment for this article.

Li is also active within China as a pro-government voice, writing op-eds such as “The Vitality of China’s Communist Party,” and “Western Values Have Been ‘Deified’.” Within China, Li has generated some enthusiastic support. On Sina Weibo, China’s Twitter, many praised his TED talk.

“Excellent speech!” wrote one. “Very reasonable, objective, profound and strategic. China should head its own way based on its cultural and history.”

“I am sick of Western ‘universal values’,” wrote another. “Western people respect humans’ reason and freedom of thought, so why don't they respect and try to understand the rest of the world?”

Some Chinese, however, questioned Li’s motives, suggesting he was on the government’s payroll as a member of the “Fifty Cent Party” (wu mao), a group of freelance propagandists for hire.

“Come and see the infamous wu mao Eric's TED talk,” wrote user Xiaoye Zhuzhi Why do so many people applaud for him?"

It's a question that many critics of China ask as well. The audience for TED is wealthy and educated — the biggest beneficiaries of Western political, legal, and economic systems. Yet the way they responded to Li’s talk, you’d think they all wanted to take up residence in Shanghai.

MIT Sloan professor Yasheng Huang, a native of Beijing, wrote perhaps the most powerful rebuttal to Li’s talk in a 4,200 word post published on TED’s blog.

"The TED audience greeted Li’s speech with applause — several times in fact. I doubt that had Li offered this Russian analogy the reception would have been as warm. The reason is simple: The TED audience is intimately familiar with the tumult, violence and astronomical human toll of the Soviet rule," Huang wrote.

"Contrary to what he was apparently told when he was a Berkeley hippie, the idea of democracy is not that it leads to a nirvana but that it can help prevent a living hell."