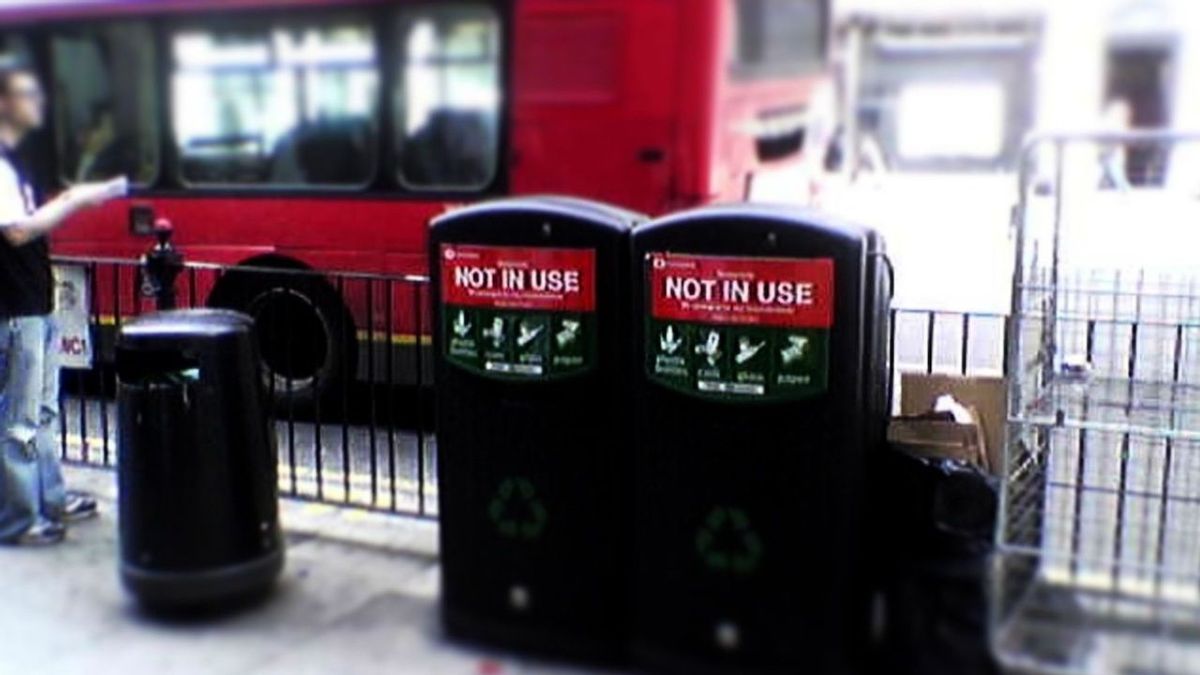 Aug. 12 (Bloomberg) -- The City of London ordered its supplier of space-age trash cans to immediately cease using technology in the bomb-proof bins that collects data from mobile devices of people walking in the capital’s Square Mile.

“Data collection -- even if it is anonymized -- needs to stop,” the City of London Corp., which acts as the local government authority in the financial district, said today in a statement on its website. The corporation asked supplier Renew to stop collecting data and referred the issue to the Information Commissioner’s Office, an independent body set up by the U.K. government to enforce data privacy.

Renew Chief Executive Officer Kaveh Memari said the reaction to the “Orb” technology in the Renew Pod bins is “understandable,” though he defended the technology as merely a “glorified counter” of people.

“During our current trials, a limited number of pods have been testing and collecting anonymized and aggregated MAC addresses from the street and sending one report every three minutes concerning total footfall data from the sites,” he said in a statement on the company’s website.

“It is very much like a website,” Memari said. “You can tell how many hits you have had and how many repeat visitors, but we cannot tell who, or anything personal about any of the visitors.”

Technology in the bins “detects smartphones by proximity, speed, duration and manufacturer,” London-based Renew said in a June press release. “The device has been installed to measure variables in market share between mobile handheld providers within the City’s Square Mile,” it said.

The City’s actions came after the Independent newspaper reported that Renew’s bins are tracking passers-by, intending to study shopping habits in order to target advertising.

“Irrespective of what’s technically possible, anything that happens like this on the streets needs to be done carefully, with the backing of an informed public,” the City said in today’s statement.

The bins, which have LCD screens with public information and advertising, were first installed in the run-up to the 2012 Olympics. The trash barrels cost 30,000 pounds ($46,500) each to install, according to the Independent.

Further development will depend on “people being comfortable with interactive technology,” CEO Memari said. The company will discuss additional advancements publicly, he said.

“A lot of what had been extrapolated is capabilities that could be developed and none of which are workable right now,” he said.

To contact the reporter on this story: Rachel Savage in London at rsavage10@bloomberg.net

To contact the editor responsible for this story: David Risser at drisser@bloomberg.net