Sanjay Gupta: "Sometimes marijuana is the only thing that works" 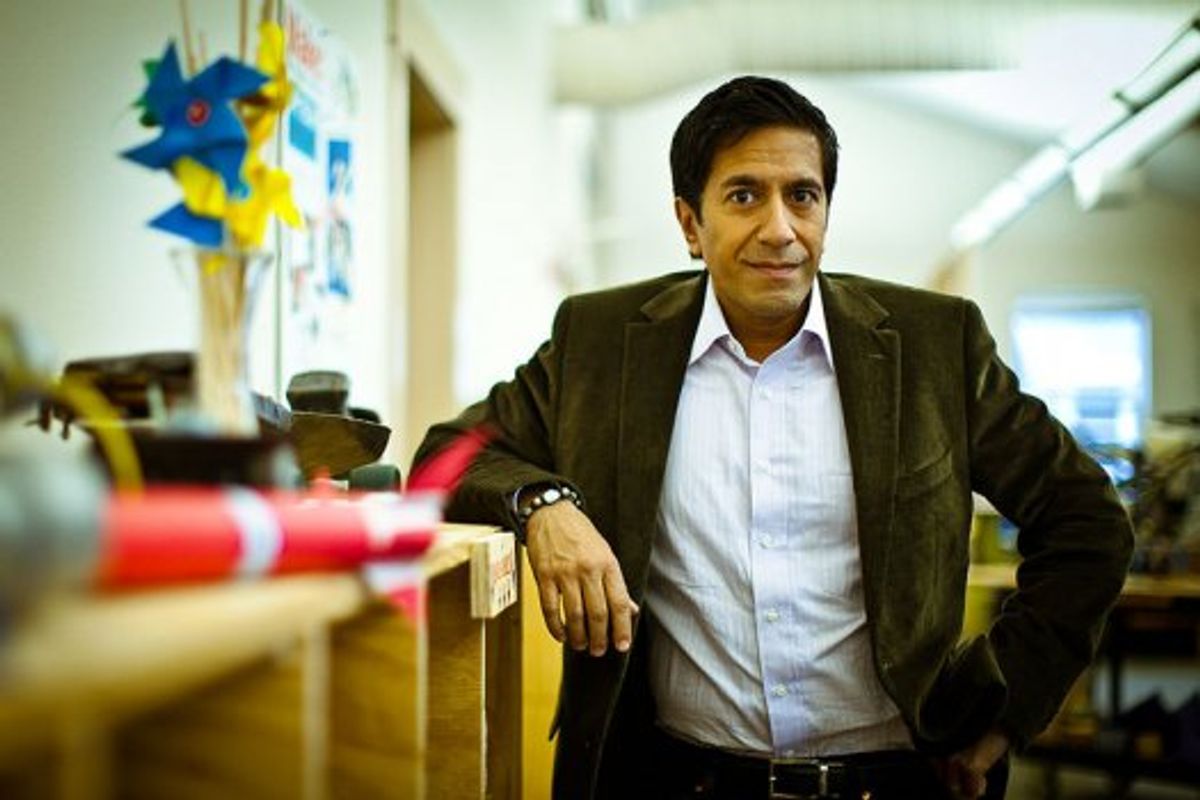 Sanjay Gupta, neurosurgeon and CNN's chief medical correspondent, is officially down with weed. In an article for CNN, the well-known medical personality apologized for dismissing the scientific value of medical marijuana research.

"It doesn't have a high potential for abuse, and there are very legitimate medical applications. In fact, sometimes marijuana is the only thing that works," he wrote. "We have been terribly and systematically misled for nearly 70 years in the United States, and I apologize for my own role in that."

Gupta, who changed his mind while in the process of making documentary on the subject, "WEED," found in a search of medical studies from the past year that only 6 percent investigated potential benefits of the drug, rather than its harms.

What he failed to mention is that it's impressive that there are even that many, since scientists who study marijuana's potential medicinal properties have to wade through an enormous amount of federal red tape to do so, and they're not always successful.

Marijuana is currently classified as a Schedule I substance by the federal government, meaning according to the government, it has no medical value. That makes in quite difficult for scientists to study any potential medical uses, since human medical trials require permissions from federal agencies like the Department of Health and Human Services, the FDA, and, when it comes to illegal substances, the DEA.

"With 20 states already approving it, I think advocacy has already been demonstrated," Lyle Craker, a horticulturist who directs the Medicinal Plant Program at the University of Massachusetts Amherst, told PopularScience.com. He didn't seem particularly fazed by Gupta's announcement.

That's because Craker has been trying for more than a decade to establish a research farm to grow marijuana for medical researchers, only to be denied repeatedly by federal authorities. He petitioned for a review of the DEA's rejection of his application for a license to start the farm, but was denied in April.

Craker was working in association with the Multidisciplinary Association For Psychedelic Studies (MAPS), a nonprofit that sponsors medical research into the therapeutic properties of psychedelics and marijuana. Brad Burge, the association's communications director, said of Gupta's announcement, "He's one of the smartest rats on a sinking ship of medical marijuana science deniers-first one to the lifeboats."

He lauded Gupta for being willing to switch positions, and expressed hope that others might follow suit. "When well-known, respected doctors have the courage to change their minds about medical marijuana, it makes it easier for others in positions of power to follow suit," he told me via email. "If patients are lucky Dr. Gupta's gutsy admission will show regulators that even after decades of denial, it's never too late to change their tune."

"Of course, any real research is still restricted," Craker says. Even if marijuana is approved on the state level, the fact that it's illegal federally puts a huge damper on research. "As far as federally approved research, nothing is going on that I'm aware of, except for Mississippi [where the National Institute on Drug Abuse grows marijuana for its research] and a study going on in California."

For a period of 11 years, the state of California funded clinical research into medical marijuana through the Center for Medicinal Cannabis Research at the University of California, San Diego. A series of small human trials found cannabis to be effective in treating pain in patients with multiple sclerosis and HIV. Their final study ended last year. Unfortunately, the state's financial woes mean that the research isn't likely to be funded in the near future.

"Obviously it can be done," says Igor Grant, a professor at UCSD and the center's director. "We've conducted the studies, but I think an ordinary researcher without the support of the state would be hard pressed to do it. It's just a difficult and cumbersome process."

For now, the Center for Medicinal Cannabis Research has put its experimental work on hold indefinitely. "We would like to in the future seek federal support," Grant says, "but at this time I think the federal position is not really supportive of this kind of endeavor."

Gupta may have balked at how few medical marijuana studies he found, but it's unlikely that the number of studies of marijuana as a medical therapy will be going up anytime soon. From the standpoint of the scientists who try to deal exclusively in empirical data, that's holding us back from knowing for sure what marijuana can do, either good or bad. "We've gone down this path of damming this plant material and which from all lay evidence has helped a lot of people," Craker explains. "I think it should be investigated on real clinical trials and see what happens. It needs to be approached scientifically, not with lay evidence."

And for any studies that do make it into clinical trials, Gupta wrote that he promises "to do my part to help, genuinely and honestly, fill the remaining void in our knowledge."