Enough with the sneering Juggalo stories 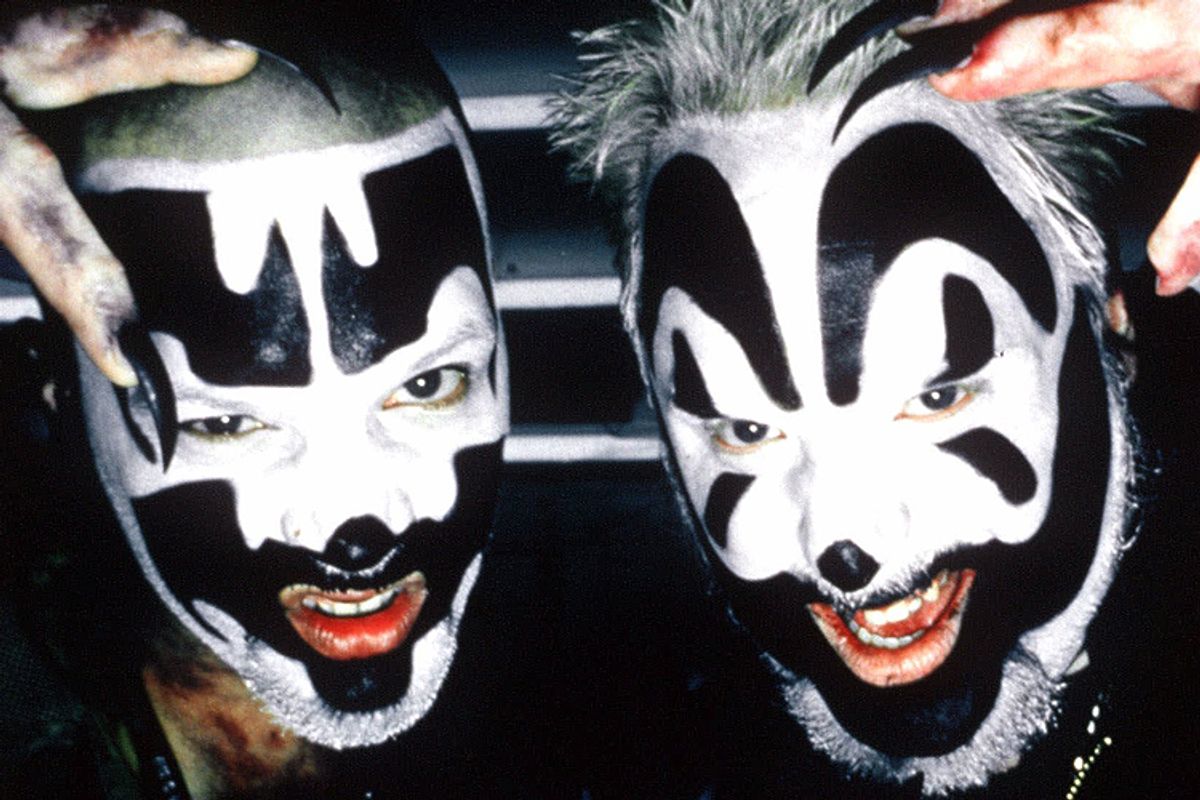 Each August brings the "Gathering of the Juggalos," a gathering of the self-styled "Juggalo" and "Juggalette" fans of Insane Clown Posse in rural Illinois. This coincides exactly with what is notoriously the slowest month in the news cycle, so it comes as little surprise that a gathering of music fans has come to be treated like a political convention, worthy of blanket coverage.

Then there's the issue of how ridiculous the Juggalos seem to East Coast reporters. Insane Clown Posse produces music that is to many ears unlistenable; the band puts on garish makeup and identifies so strongly with Detroit that Michigan soft drink Faygo has become a totem of the group.

To be sure, there's something noteworthy about the fact that a venerable hardcore hip-hop act can still draw crowds since its origin in the 1990s. And the fans themselves occasionally make news of a more chilling sort, as when they injured MTV personality Tila Tequila with rocks and bottles.

But the coverage, year after year, has come to take on the quality of sneering. A 2010 Village Voice piece -- seminal in terms of East Coast coverage of the Juggalos -- described the fans as "among the most hated on earth" and sought to explicate just why they were. Further coverage just marinates in that hate. By 2011, the intellectual journal n+1, the sports blog Deadspin, and the memes-and-reporting clearinghouse BuzzFeed all had sent correspondents. To one degree or another, these all feel like cultural anthropology -- after the first piece indicating to the reader that the Juggalos all like substances and have attitudes toward women that don't mirror ours, how revelatory is the fourth?

The Deadspin piece, whose conclusion -- that the Juggalos are more or less minding their own business and not toxic -- begins where much Juggalo coverage ends. "[O]n the flight to Nashville, en route to Illinois, I turned on the ICP album 'The Great Milenko,' and the music did not sound right. In fact, it sounded horrifying; it did not sound like music at all. The tracks were off-pitch and had distorted, heavy bass lines, and there was what sounded like whispered gibberish over every song." BuzzFeed, for instance, has coverage informed by the notion that these people are devoted to music that isn't music and, indeed, are people-but-not-quite.

"You can air condition a car like this," reads the caption to a photo of a car with an AC unit held in place by boards -- this has nothing to do with Juggalo fandom specifically and everything to do with how people whose cars lack air conditioning might prepare after saving up to attend an outdoor music festival. Other photos in that piece depict women of heavier-than-average build, shot from behind, wearing bikinis or briefs. "This is not sexy," reads the caption to a photo of a dreadlocked woman holding her breasts in a mesh jumpsuit. In 2012, the same correspondent compared a Christian music festival to the gathering of the Juggalos: "Jesus freaks vs. Juggalos," the author's short summary, stands in for the general tone.

Coverage like this -- or the BuzzFeed coverage from this year, which has included asking Juggalos to offer advice to New York mayoral candidate Anthony Weiner and laughing at pictures they posted to the dating site OKCupid -- at once ignores or elides that which is sort-of newsworthy for a national outlet (the attitudes toward women evinced by a still-popular music act, the possibly drug-related death of an ICP fan) in favor of broad cultural tourism. Indeed, issues of serious import are ignored; it'd make mockery complicated! Look at these people trying to have fun in a remote area, far from us and not bothering us -- how odd their clothes, their food, their music, their taste! They can't even comment with authority about the New York mayoral race! The entire point of a gathering of like-minded people is to indulge a shared interest far from prying eyes.

This morning, I couldn't stop shouting at the relatively small circle of gay men and pop culture fans who follow me on Twitter about the brand-new singles by Lady Gaga and Katy Perry, two pop stars who wear wigs and whose simplistic lyrics seem at times intended for third-graders. Outside the echo chamber that has anointed these the pop stars that are tasteful to follow, how serious or adult do my interests look?