Take that, boomers!: Today's young adults could literally save our lives

Millennials aren't selfish and lazy. They just may save our nation's healthcare system 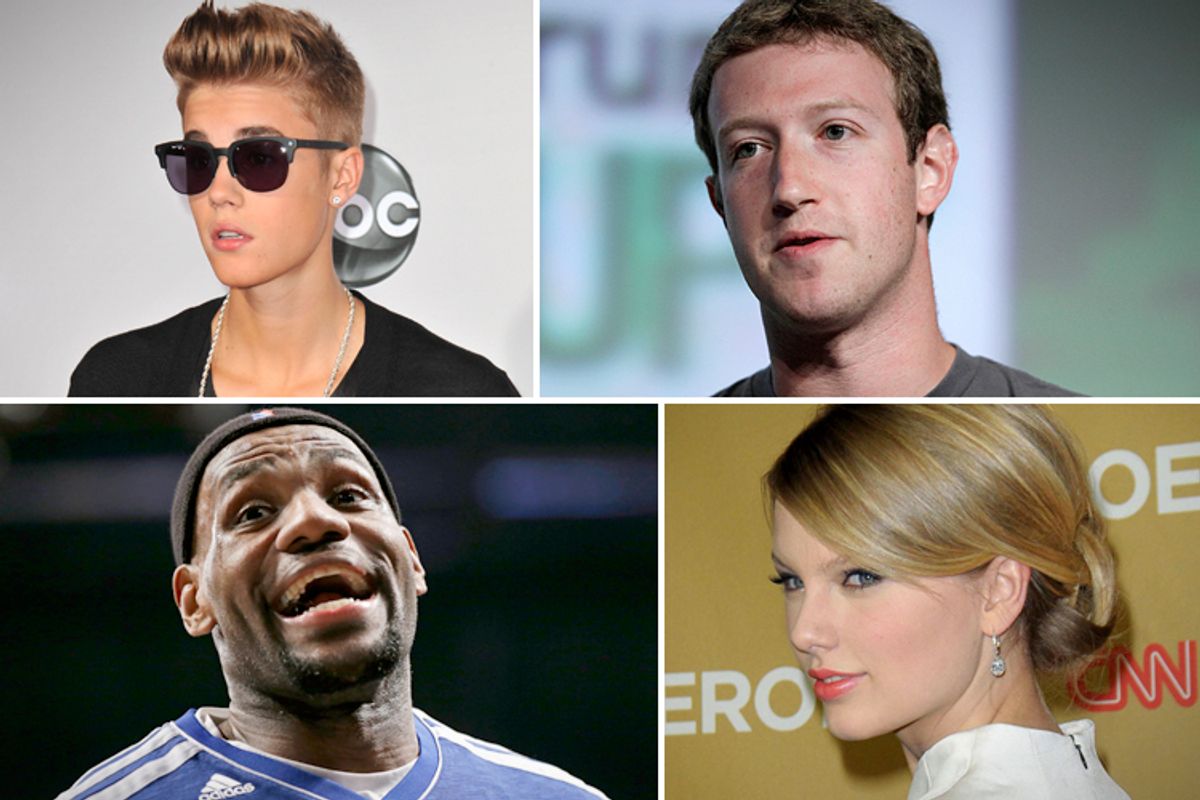 In the run-up to the Affordable Care Act's big rollout, you'll probably hear more about the law's core benefits and how to acquire them than you have for the past three and a half years combined. Public service announcements, medical professionals and big dollar ads will all be telling you what to do or whom to call if you're uninsured.

But the din will be louder still and better targeted if you happen to be a millennial, and for good reason.

Obamacare guarantees that millennials, like everyone else, will be able to buy health insurance, regardless of their medical histories. And most millennials -- like most uninsured people in general -- will qualify for tax subsidies to defray the costs of premiums (coupons, essentially, allowing poor and middle-income people to buy insurance at a discount). But millennials, unlike everyone else, are disproportionately young and healthy. And so even though Obamacare will be a pretty good deal for individual millennials on the merits, their participation is uniquely critical to the law's sustainability.

The government -- in loose partnership with a diverse range of community leaders -- will be pitching Obamacare as a benefit system young people should take advantage of. But there's a more selfless reason they should enroll -- one they might not be aware of, but that will nevertheless put the proposition that millennials are shiftless, selfish people to the test: The system needs their participation, in order for it to succeed.

For that reason advocates shouldn't shy away from appealing to young people's sense of civic-mindedness.

Obamacare's big goal is to effectively turn the broken individual insurance market into a series of group markets -- or, put another way, into a system that actually works the way insurance is supposed to work, instead of the current system where select people can prepay for their healthcare costs. In each state, the people who enroll -- sick or healthy, old or young, poor or affluent -- will become members of the same "group," just like in large employer-based group health plans, and thus allow insurers to pool risk.

Risk pooling is a big part of what will allow the government to ban insurers from discriminating against people with preexisting conditions, while simultaneously assuring those people that they'll be able to purchase health insurance at non-astronomical prices. But to fulfill the promise, they need healthy people to enter the market as well. To collect premiums from people who use few healthcare services and use them to subsidize those who use many. One way to do that is to require it (though the Supreme Court says that's not allowed). Another is to create an incentive and hope that healthy people respond to it. That's essentially what the ACA does.

Obamacare is a private insurance system, which means uninsured people will be buying something they don't currently have, and thus incur a new financial obligation. The carrots are that a) most people will get a substantial subsidy to offset costs; b) the system will pay them back in the future, when they're old and future young adults cross-subsidize their coverage; and c) they'll never again have to worry about the alternative threats of suffering without healthcare and medical bankruptcy. The stick is that if they remain uninsured, they'll owe the government a penalty.

But a big concern is that the ACA's penalty is too small -- only $95 next year -- and that many healthy people will therefore choose to pay it as the price of opting out of a more costly program they may never use.

That's where supposedly selfish millennials come in. The White House knows this cohort -- and how to appeal to it -- very well. Administration officials have put together a convincing, data-heavy presentation for members of the media, lawmakers and other interested parties detailing the many different ways they plan to reach uninsured adults under 35, and convince them to enroll in the exchanges. It was this presentation that convinced Sen. Max Baucus, D-Mon. -- one of the law's authors -- that things were under control after, to Republicans' great delight, he publicly forecasted an implementation "train wreck" at a hearing on Capitol Hill in April.

Among the many things the White House team of experts has learned is, they'll get more bang for their buck advertising on Spike TV and BET than during prime time on the major networks. They know that a young man's mother and girlfriend will do a better job convincing him to enroll than a peer, and that pastors and pharmacists are more trusted conduits of information than government and insurance company spokespeople. They know they need about 35 percent of all enrollees next year to be 18-35-year-olds; that even in red states receptive young people will be clustered in urban centers; and they've broken these centers down to the census tract level so that outreach efforts can be tailored to very specific demographics.

But theirs isn't an "Uncle Sam Wants You!"-style pitch to people's sense of righteousness. It's an appeal to a sense of individual vulnerability. That's probably the correct approach in most cases. But there's space for a communitarian education campaign as well.

The conservatives attempting to convince millennials to remain uninsured are appealing both to their near-term bottom lines but also to their shared sense that the country will be better off if Obamacare fails -- and thus that the per-person risks of remaining uninsured are outweighed by the common good of sabotaging the law.

Obamacare's supporters should make the opposite pitch: that the common good of keeping the system functional, and the dividends the social contract will pay to them in the future, dwarf the modest near-term expense of buying a bronze plan on the exchange.

According to official analyses, Obamacare's early success, and thus President Obama's legacy, depends on finding about 3 million millennials who are receptive to the law for one reason or another next year. Many times that number of 18-35-year-olds voted for Obama in 2012. Many of them are already insured, of course, and not all of the rest were necessarily enthusiastic supporters or fans of the ACA. But that still leaves hundreds of thousands, perhaps millions, of young people who should be receptive to enrolling in Obamacare for altruistic as well as selfish reasons. But first they need to know why their participation is so crucial.