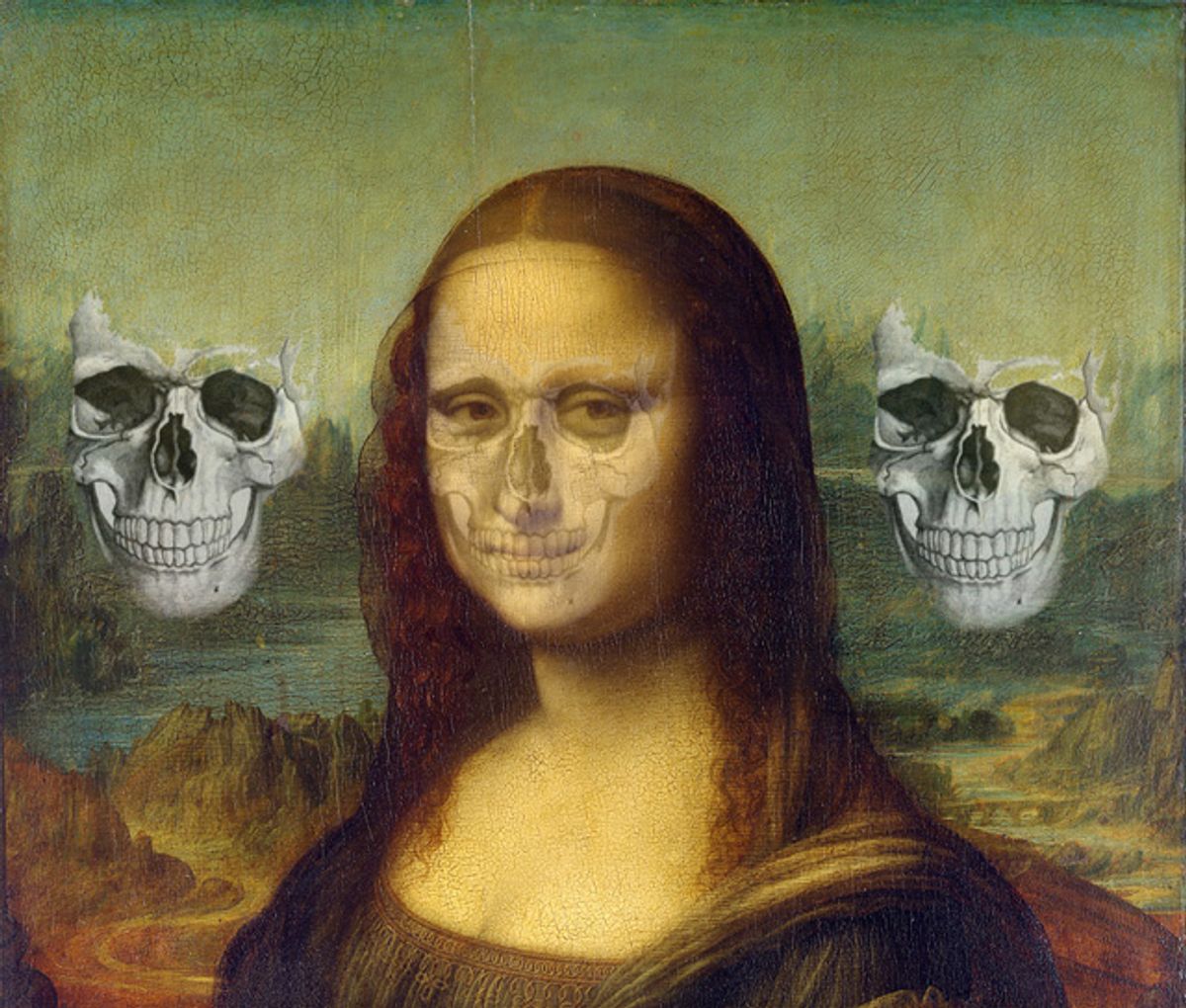 Professional art history charlatan Silvano Vinceti has narrowed down his quest for the Mona Lisa’s definitely real body to one of three skeletons exhumed from Florence’s Santissima Annunziata basilica, all of which are currently being tested at the University of Bologna, the Guardian reports. The journalistic seriousness accorded to Vinceti’s antics suggests that the public hunger for arcane relics connected to famous artists is far from dying out. After all, dubious claims about the Mona Lisa, in all their sensational absence of verisimilitude, are something of the art world’s Shark Week.

Despite the seeds of doubt sown earlier in the Guardian story (“A self-styled Italian art history sleuth”), the “discovery” beggars belief on numerous levels, what with Vinceti’s well-documented background in questionable findings, from purported Caravaggio bones to sensational hidden codes in Mona Lisa’s eyes. That no reputable scholars ever go on the record supporting these pop-mythological discoveries has apparently not prevented the news media from getting in on the action.

Responding to the criticism of Tomaso Montanari, an incredulous Italian academic, Vinceti told the Guardian: “I don’t know Tomaso Montanari personally, but I would say this: it would be good if, instead of giving out sentences in the manner of Robespierre or Danton, he were to read all the documentation, follow all the research … and only at the end of it make up his mind.”

Even if Vinceti isn’t a fraud, the frenzy around the original “discovery” of the Mona Lisa’s identity — she was, allegedly, one Lisa Gherardini — is the symptom of a widespread and misplaced conservatism about culture, wherein old, venerated artworks become cult objects, endowed with all the folly of saintly relics. There’s probably some minimal scholarly value in discussing the identity of the Mona Lisa, but nowhere near the usual breathless triumphalism that accompanies each of these minimally fact-checked cultural history headlines.

But don’t take it from us, the Robespierres and Dantons of Silvano Vinceti’s imagination, striking terror in art-historical inquiry. You can learn more about Vinceti on his own terms, at the online presence for his “National Committee for Cultural and Environmental Heritage,” which is, in fact, a Blogspot account that hasn’t been updated since 2011.