"Bee-friendly" plants may be contaminated with pesticides

A study found neonicotinoids in potted plants sold throughout the U.S. 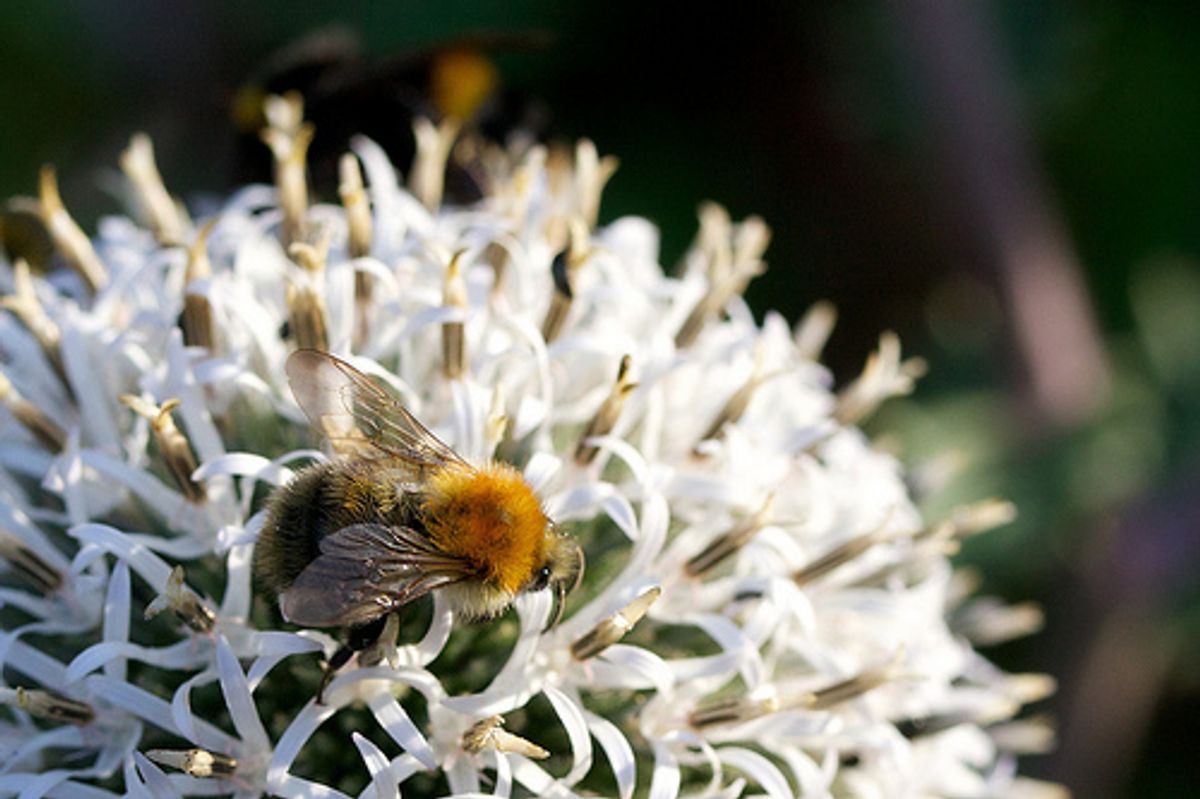 It isn't entirely clear why much of the world's bee population is rapidly disappearing, but the introduction in the mid-1990s of a class of pesticides known to target the insects' nervous systems is widely believed to be, at the very least, a contributing factor.

The pesticides are so prevalent, Discovery News reports, that even small efforts to help the bees may be inadvertently harming them. According to findings released today by Friends of the Earth, many of the plants sold to consumers interested in planting "bee-friendly" gardens are in fact contaminated with neonicotinoids:

In a pilot study conducted on FoE’s behalf, scientists from the Pesticide Research Institute examined flowering plants such as Salvia and Gaillardia, as well as pollinator-friendly fruits and vegetables such as tomato and squash, purchased from home improvement stores in the San Francisco Bay, Minneapolis/St. Paul, and Washington DC metropolitan areas. They found that of 13 composite samples (from 45 individual plants), seven tested positive for at least one neonicotinoid, with two testing positive for two residues, and a Gaillardia plant from Minnesota showing measurable levels of three different neonicotinoids.

According to the researchers, the pesticides were probably applied at nurseries, before the plants made it to the stores.

In the Guardian earlier this month, George Monbiot called the chemicals "DDT 2.0," specifically calling out the British government for allowing farmers to spray first and ask questions later. "It is only now," he wrote, "when neonicotinoids are already the world's most widely deployed insecticides, that we are beginning to understand how extensive their impacts are." Now that they're out there, these findings suggest, there may not be much we can do to take them back.