Updated: The chain announced that it is only considering serving meat that's been treated with antibiotics 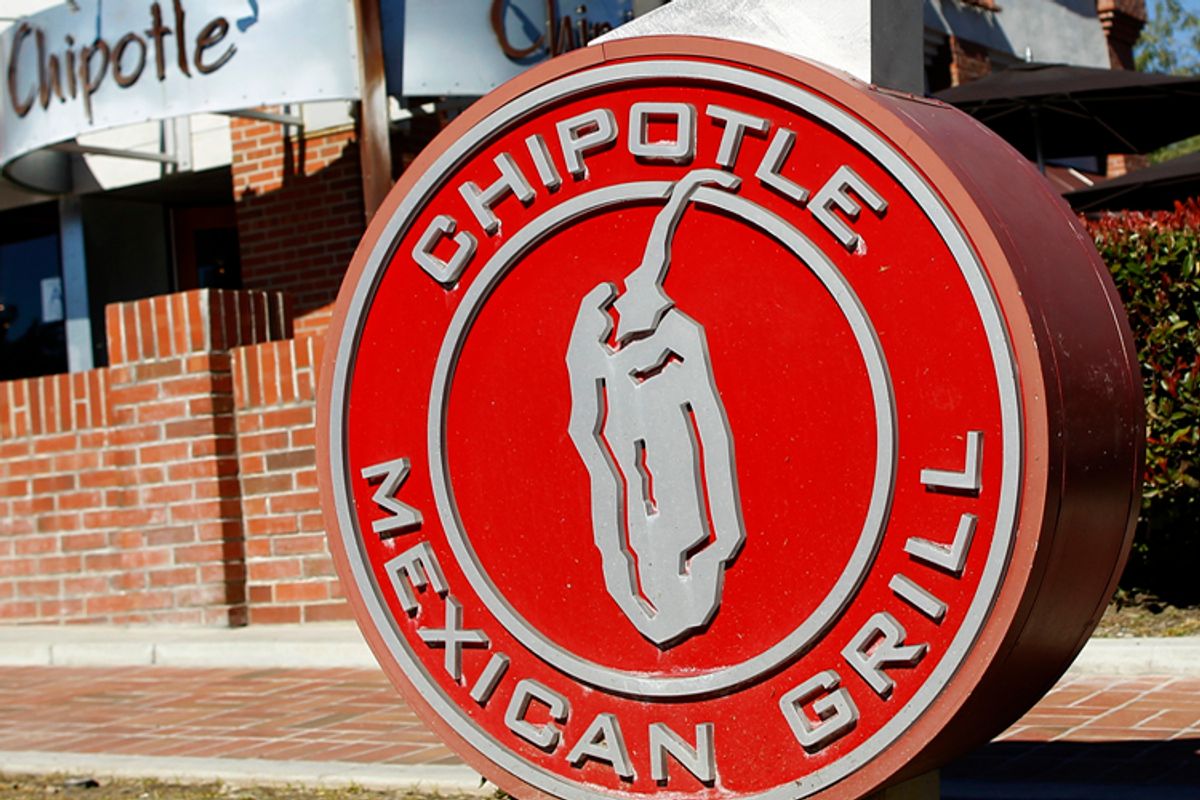 Update: Chipotle has released a statement clarifying that it has not changed its standards for responsibly raised beef: "While the company has considered new protocols, including one that would allow animals to be treated with antibiotics only when necessary for their continued health, that protocol has not been implemented."

Chipotle has found itself in a bit of a bind. It gets a lot of mileage out of its fast food "with integrity" model -- so much so that it can be difficult to find enough suppliers that meet its high standards. Now, the $10 billion company says, its all-natural beef is so in demand that customers are going to have to settle for mostly natural, instead. According to Businessweek, the chain is opening its restaurants doors to beef treated with antibiotics:

The change in Chipotle’s practices comes as U.S. beef production is projected to plunge to a 21-year low next year, threatening higher costs and making it tougher for the restaurant chain to get enough meat to fill customers’ burritos.
...
While [spokesman Chris] Arnold said the motivation for the change isn’t to increase its supply of steak, Chipotle hasn’t been able to get enough naturally raised beef to meet customer demand. This year, about 80 percent to 85 percent of the beef sold at Chipotle’s more than 1,500 stores has been naturally raised, compared with almost 100 percent last year, Arnold said.

The company maintains it isn't being hypocritical. It says it's only OK with antibiotics in cases where cows are legitimately sick. Using antibiotics sub-therapeutically, to prevent illness or promote weight gain, remains verboten. In 2009, co-CEO Steve Ells testified before Congress in support of a bill limiting practice of the latter, saying, "There's a huge, huge demand for this."

Still, the move means breaking the USDA's "Never Ever 3" program, which only certifies animals that have never ever been fed antibiotics, growth promotants or animal byproducts.  "That opens up their supply quite a bit," a former USDA economist and president of a commodity research firm told Businessweek. Their supply of sometimes maybe, mostly natural beef.