"Crude oil is not supposed to explode" 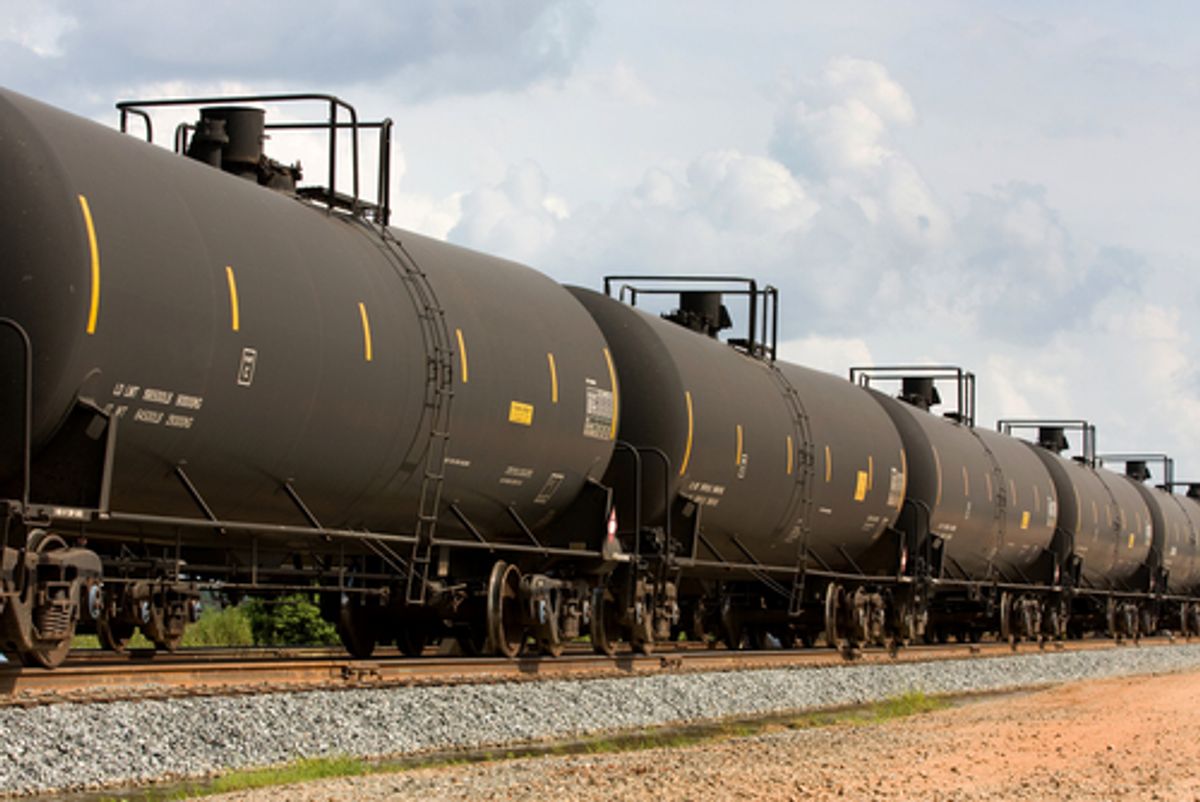 The U.S. Federal Railroad Administration is investigating whether chemicals used in hydraulic fracturing are corroding rail tank cars and increasing risks. Separately, three pipeline companies including Enbridge Inc. warned regulators that North Dakota oil with too much hydrogen sulfide, which is toxic and flammable, was reaching terminals and putting workers at risk.

Until last month, safety advocates’ chief worry was spills in derailments. After tanker cars blew up July 6 on a train in Quebec, investigators in Canada are considering whether the composition of the crude, which normally doesn’t explode, may have played a role in the accident that killed 47 people. The oil was from North Dakota’s Bakken shale.

The chemicals used in hydraulic fracturing, or fracking, could be contaminating the oil, according to some experts. Hydrochloric acid, for example, is highly corrosive, and could be damaging tanker cars' interior surfaces.

Another concern is the highly flammable and toxic hydrogen sulfide, a byproduct of oil at some fracking sites:

In June, Enbridge won an emergency order to reject oil with high hydrogen-sulfide levels from its system after telling the Federal Energy Regulatory Commission that it found dangerous levels of the compound at a rail terminal in Berthold, North Dakota. In addition to being highly flammable, hydrogen sulfide in the air is an irritant and a chemical asphyxiant that can alter both oxygen utilization and the central nervous system, according to the U.S. Occupational Safety and Health Administration.

The rail industry is fighting a proposal to retrofit cars to make them less susceptible to rupture in the case of derailment. Analysts say the added costs of safety improvements could slow production if oil prices fall.