How much is the "Ghostbusters" headquarters worth?

Although it's not for sale, the rundown firehouse from the 1984 film would cost a pretty penny in today's market 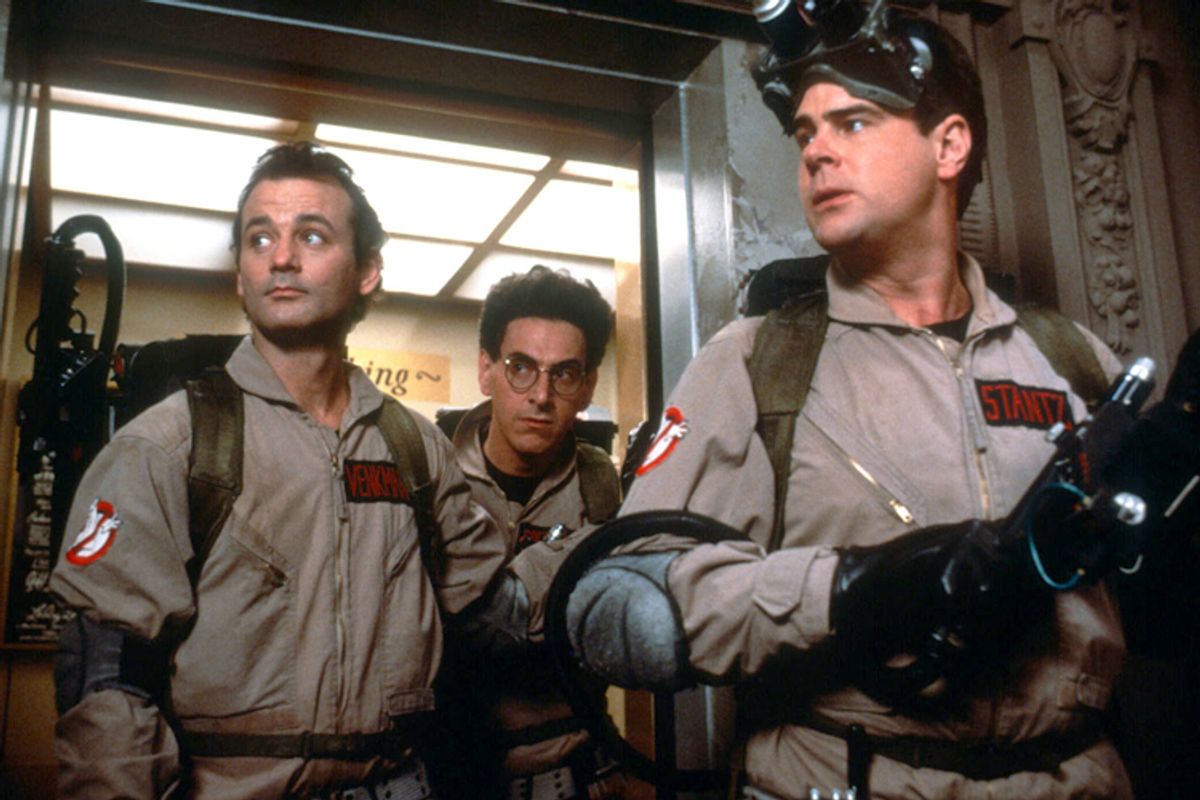 Are you troubled by strange noises in the middle of the night?

Do you experience feelings of dread in your basement or attic?

Have you or your family ever seen a spook, spectre, or ghost?

If the answer is “yes,” then don’t wait another minute. Pick up the phone and call the professionals… Ghostbusters.

With those words, the pairing of Bill Murray, Dan Aykroyd, Harold Ramis, and Ernie Hudson found their biggest fan in an 8-year-old: yours truly. I wore my “I Got Slimed” T-Shirt like it was some sort of religious vestment. A cardboard box, paper towel tube, and piece of string became my proton pack. I watched every episode of “The Real Ghostbusters” at least five times. I wore out the toys playing with them so much. I was completely snared in the particle streams of the “Ghostbusters” universe.

It’s been 30 years this summer since “Ghostbusters” hit theaters, but it remains one of my very favorite movies (and fictional universes) of all time. The last chance I got to write about the franchise professionally was when “Ghostbusters: The Video Game” came out back in 2009, and now I’ve been given another chance to nerd out over it via a new venue: the Movoto Real Estate blog’s fictional property evaluations.

Figuring out what to value was easy: the Ghostbuster’s firehouse HQ. After all, they practically lived out of the place, making it the GB’s de facto home. By the way, sorry to everyone who might be hoping for an evaluation of Louis Tully or Dana Barrette’s apartment. (Although, who knows, if folks like this, maybe I’ll do those, too.)

What I found is that, if Ray Stantz (Aykroyd) were to mortgage his parents’ house and sink everything he had into setting up shop at the iconic firehouse in today’s market, he’d need at least $15,717,356.50 in the bank to make it happen. That’s a whole lot of Twinkies.

So, how did I bust it? Suit up, strap on your proton pack, and join me as I slide down the fire pole of this evaluation—just don’t cross the streams.

In order to get past the Gatemaster of any fictional property evaluation, you first need three Keymasters—or pieces of information. You’re probably familiar with these from our previous evaluations, but if not, they are as follows:

First up, I’ll drop some knowledge about the firehouse’s size on you like a heap of warm Stay Puft fluff.

In the movie, the Ghostbusters HQ is set up inside an abandoned three-story firehouse in Manhattan. In real life, it’s two entirely different firehouses—one for the exterior, and one for the interior. I’ll get to where they’re located in a sec, but first I needed to figure out how big it was on the inside (at least as seen in the film and associated fiction).

Through my research of the non-paranormal variety (although what we do here is frequently beyond the norm), I discovered that the Ghostbusters firehouse contains the following areas/rooms:

There are plenty of floorplans for the firehouse online. They’re created by diligent GB fans and based on the movie and expanded universe (comics, cartoon, and so on). I was just about to start my usual painstaking process of hand measuring the floorplans using something for sale (like a doorway) when it hit me: the answer to how large the firehouse is has been staring me in the face each and every time I’ve watched the film. Early in the movie, there’s a scene where a real estate agent is showing the team around the iconic location and this exchange takes place:

Real Estate Agent: Besides this, you’ve got another substantial work area on the ground floor, office space, sleeping quarters and showers on the next floor, and you have your full kitchen on the top level. It’s 10,000 square feet total.

That’s right; Egon says the square footage in the movie, and it’s 9,642.55 square feet. Sure, it’s probably just an arbitrary number made up by screenwriters Dan Aykroyd and Harold Ramis, but who am I to question Egon?

That said, I of course still did my own due diligence and measured out the firehouse based on the fan floorplans and using the standard commercial door width of 36 inches as my reference point. The result: just about 10,000 square feet. Of course Egon was right.

While the square footage was practically handed to me in a ghost trap, finding the firehouse’s location would require a little more effort on my part.

A Tale of Two Firehouses

So, I mentioned earlier that the Ghostbusters HQ is actually two different firehouses combined via movie magic. One served as the interior and one as the exterior. The interior is in Los Angeles: the Station Company 23 firehouse (right), which was the L.A. Fire Department’s headquarters from its opening in 1910 until 1920. The exterior is the still-in-operation Hook & Ladder #8 firehouse in Manhattan.

For the basis of my evaluation, I went with the film’s location for the firehouse, the Tribeca neighborhood of Manhattan. For those unfamiliar with the layout of the island, that’s in the southwest of Manhattan on the Avenue of the Americas. The real-life firehouse is located about a 15 minute ECTO-1 drive away from the equally real 55 Central Park West building where Gozer is summoned.

With a location decided, I needed to price nearby real estate.

To get a price per square foot for the firehouse, I simply had to find myself a few commercial or residential/commercial properties near its 14 N. Moore Street address in Tribeca and see how much they’ve sold for. I tracked down several in the same square footage range and ended up with a cost per square foot of $1,630 on average. Not cheap by any means, but still not as rich as something on the Upper East Side.

“It just seems kind of pricey for a fixer-upper, don’t you think?”

Now, I’m not privy to the particulars of Ray Stantz’s finances, but I’m guessing he didn’t have that sort of cash on hand when he originally bought the place. However, this was nearly 30 years ago and the firehouse was in a state of severe disrepair. However, our evaluations are based on current-day market prices and I’m considering that the firehouse was in at least as good a shape as when the Ghostbusters were using it. Plus, we don’t include any of the furnishings or technology owned by the previous tenants, so I’m confident in my (admittedly pricey) final number.

Unfortunately for the countless Ghostbusters fans like myself out there looking to make it our own, the Hook & Ladder #8 building isn’t actually for sale. But for the more creative and industrious among us, there’s still hope. We can draw inspiration from the likes of this guy, who built his own life-size replica of the ghost containment sub-basement for he and his friends. Hopefully a real-life Walter Peck won’t try to shut it down.