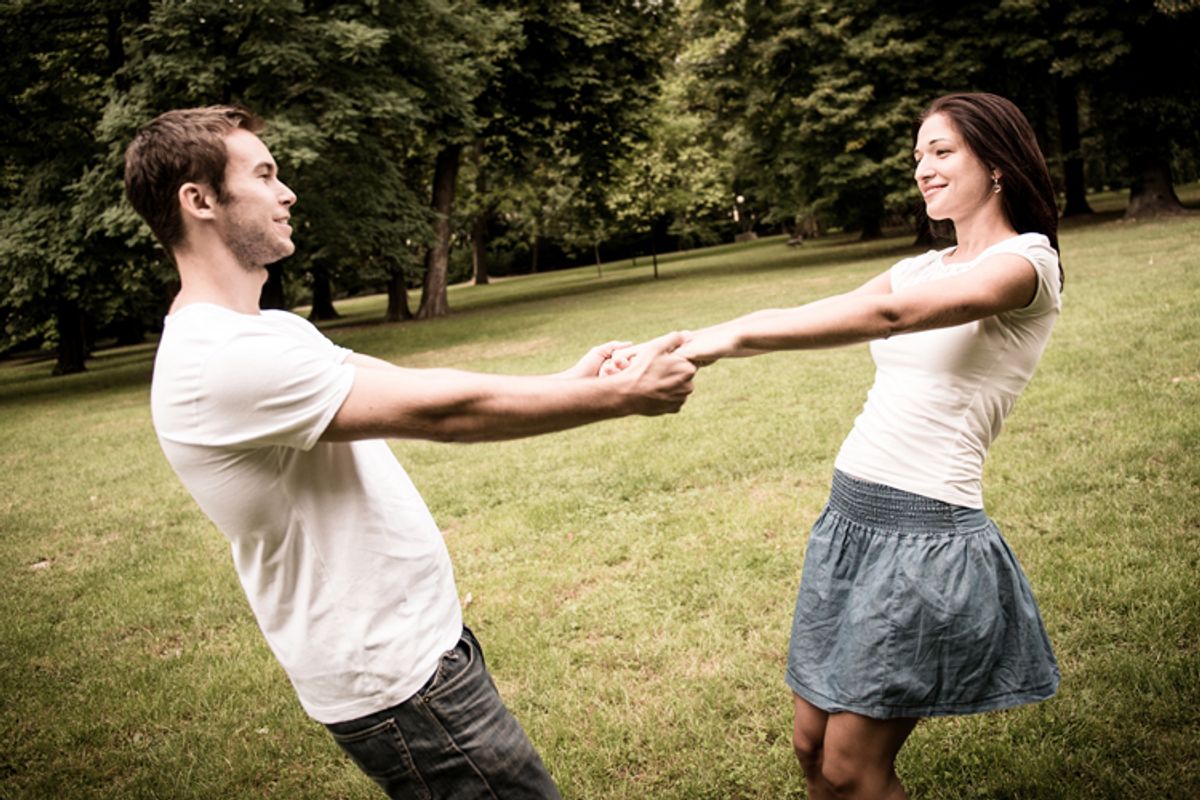 A young couple not having sex. (Martin Novak via Shutterstock)
--

I'm afraid I have some identity-shaking news for my fellow members of the so-called hookup generation: We aren't having any more sex than our parents did at the same age. At least, that's according to a new study that suggests we've endured all this older-people outrage and hand-wringing over our mating habits only to discover that they were doing the same damn thing. Next they're going to try to tell us that we didn't invent sex -- or that Santa Claus doesn't exist.

Lead researcher and sociology professor Martin Monto says, "Our results provide no evidence that there has been a sea change in the sexual behavior of college students or that there has been a significant liberalization of attitudes towards sex." Monto, man, you're totally messing with our street cred. Now my kids are going to roll their eyes when I tell them that I was part of the hookup generation, much as I did when my parents mentioned their free love generation and naked-hippie hot-tubbing. I feel so cheated.

This new research, which is based on survey data of more than 1,800 college students between the ages of 18 and 25, was presented today at the annual meeting of the American Sociological Association. The University of Portland researchers compared responses from students surveyed between 1988 and 1996 with those polled between 2002 and 2010, and the groups had roughly the same number of reported partners. More specifically, 31.9 percent of the previous generation reported having more than one partner in the past year, compared with 31.6 percent among the current hookup generation. All that said, Monto notes that the hookup generation is more likely to report having had sex in the past year with a "casual date," "pickup" or "friend."

These are compelling findings, but keep in mind that this study has yet to be published, peer-reviewed or substantiated with further research -- so, yeah. Another major consideration: The survey looks at students in college and doesn't take into account the number of partners that one can accumulate post-college, which is especially relevant as the age of first marriage continues to skyrocket. Also important are ever-changing and inconsistent definitions of what constitutes sex, a sexual partner or a hookup.

The short of it is that the rules of courtship have changed, yes, but as Monto puts it, that doesn't mean that we are "in the midst of a new era of no-rules-attached sexuality." Sorry, kids, I guess you're going to have to try harder to worry your parents.