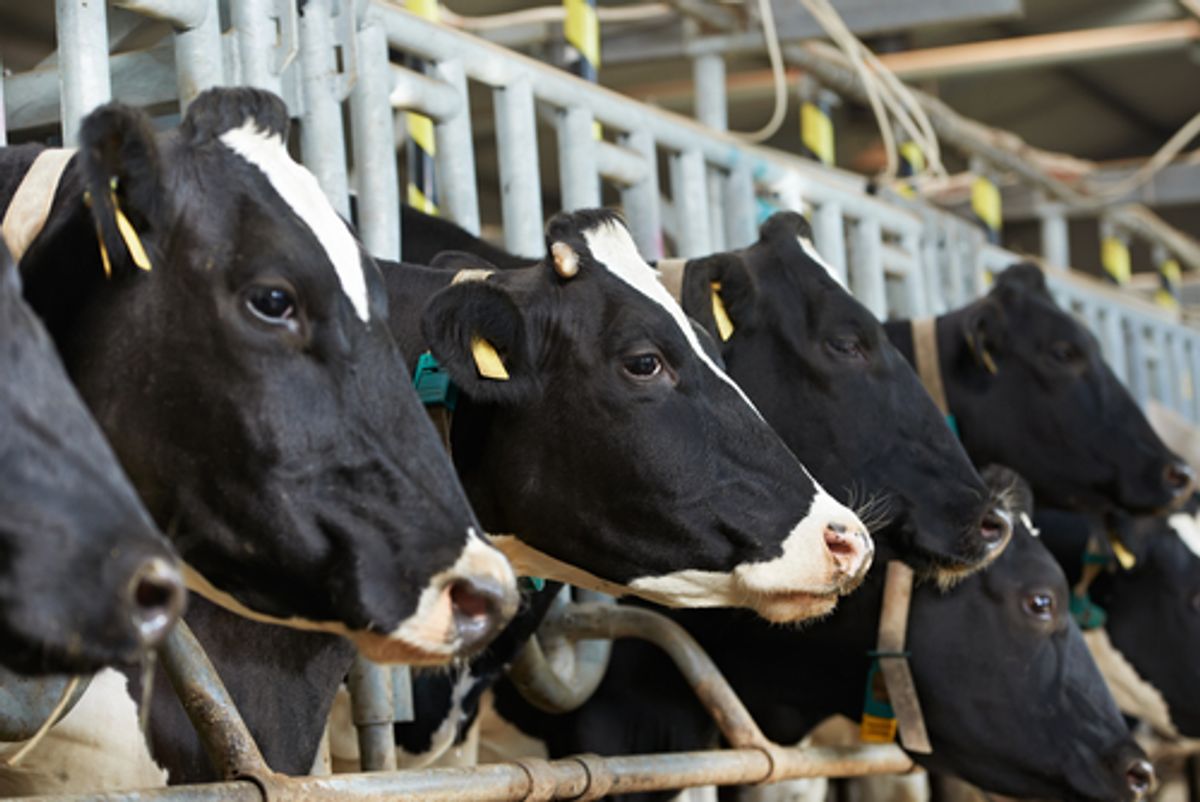 A video of cows limping to the slaughter is leading some to second-guess the use of growth additives in meat production. The head of animal welfare at meat producer JBS USA screened it at a beef industry conference in Denver last week, according to Reuters, as part of a discussion on the use of a class of drugs known as beta-agonists. The feed additives are used to increase cattle body weight and reduce the fat content of meat.

According to those who were there, the video depicted "cows struggling to walk and displaying other signs of distress. The animals appeared to step gingerly, as if on hot metal, and showed signs of lameness."

That same day, Tyson Foods announced it would stop buying cattle fed Zilmax, the most popular brand of the additive. The company claimed to be motivated by interest in the animals' welfare, not food-safety concerns. Still, no one's been able to determine whether beta-agonists are definitely to blame for the cows' strange behaviors. The FDA has declared the additives safe for use in farm animals and Merck & Co., which markets Zilmax, claims its own investigations show that the drug is not responsible.  Cattle ranchers and farmers, who "suffered through drought drying up their hay and grass, then watched as that weather killed off corn and sent feed prices sky high," according to NPR, saw the drug as a "godsend."

The JBS presentation and Tyson's decision to ban Zilmax-fed cattle underscores the increasingly complex tradeoffs facing the agricultural sector as it seeks to engineer greater volumes of food at low cost. Tensions have grown in the drive to meet that goal, including fears about animal welfare, mounting criticism by consumer advocates, and industry concern about the effect of biotechnology on product quality, such as whether beef still has the fatty marbling that some consumers like.

Some countries, like China, Russia and many members of the European Union, have entirely banned the use of beta-agonists in meat production.