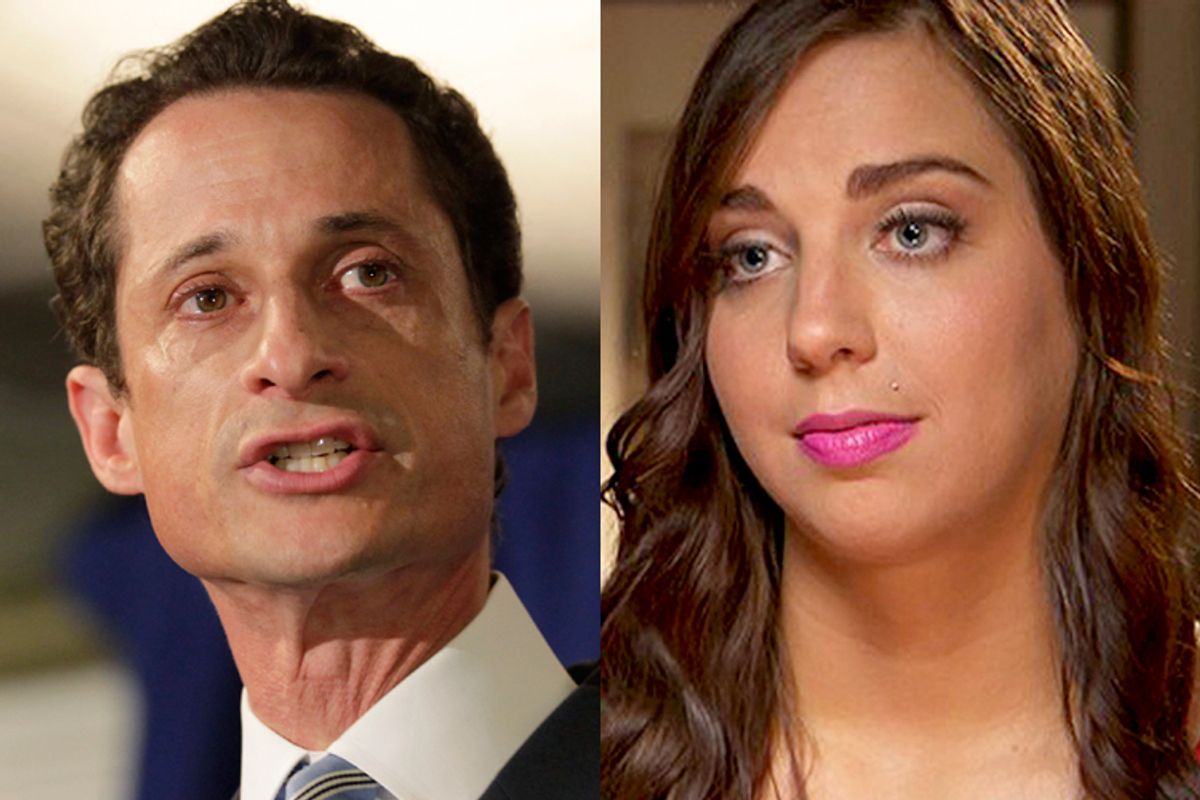 Sydney Leathers refuses to give up the spotlight now that she's snatched up some as Anthony Weiner's latest sexting partner. Leathers, who's been offering interviews, modeling, and blogging about the illicit dalliance, is now releasing a song, "Weinerizer," which advocates the legalization of marijuana.

She hopes that the song, a parody of Britney Spears' "Womanizer," will be ready by the September 10 Democratic primary elections.

But Leathers, who remains loyal to the man who made her famous, is of the opinion that he "doesn't have a chance in hell" in the upcoming election.

Via the Daily Mail: