Could global warming actually be good for the forests? 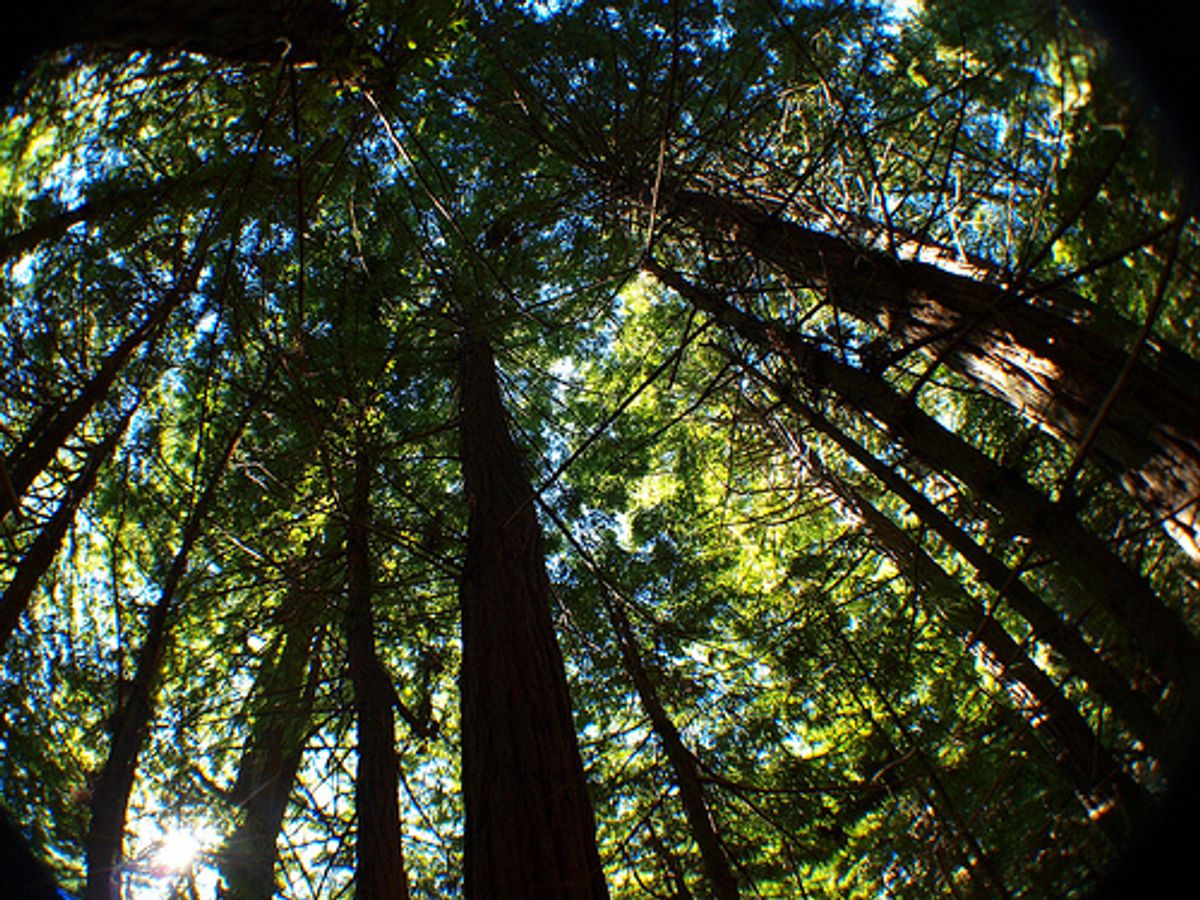 We'll have plenty to worry about as the effects of climate change take hold, but at least we'll have tall trees. In a "wonderful, happy surprise," California researchers found that since the 1970s, the state's coast redwoods and giant sequoias have been growing at their fastest ever rate. From the LA Times:

Scientists established 16 research plots in old-growth redwood and sequoia stands throughout their range — the west slopes of the southern Sierra Nevada for giant sequoias and a narrow coastal strip extending from Big Sur to southwestern Oregon for redwoods.

By taking pencil-thin corings from 78 redwoods and studying tree rings, they have compiled a chronology going back to the year 328. They have also analyzed tree rings from giant sequoias dating to 474.

Together, the information provides a profile of historic growth rates and weather, revealing that redwood trunk growth in recent decades has shattered records. The trunks are adding girth — annual wood production in one tree alone was the equivalent of several million pencils — and storing large amounts of carbon dioxide.

The researchers speculate that increased temperatures could have lengthened the trees' growing season, or that climate change-related fog reduction is allowing them to get more sunlight. But it's also possible that a reduction in air pollution from wood processing plants, or the human effort to suppress wildfires, is spurring the growth instead.

The only thing they can really conclude from this is that climate change doesn't appear to be actively harming the forests. That's still much better news than anything else we've been hearing lately.