Fukushima cleanup could cause biggest disaster to date 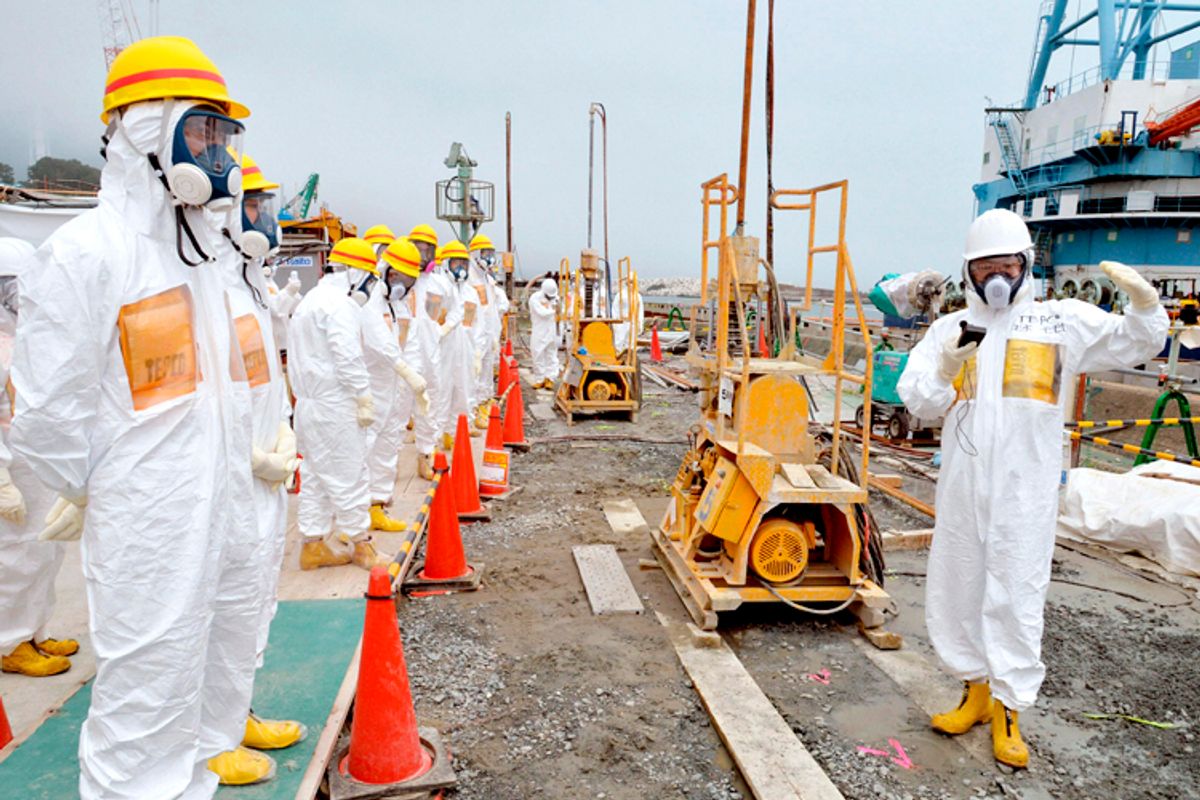 Two years after an earthquake and tsunami crippled the Fukushima nuclear plant, we may not have seen the worst of the disaster. As the government joins in the effort to somehow contain the 300 metric tons of radioactive groundwater leaking into the Pacific, Reuters is now reporting that the next step, the removal of "400 tons of highly irradiated spent fuel from a damaged reactor building," will be an unprecedentedly dangerous mission:

Containing radiation equivalent to 14,000 times the amount released in the atomic bomb attack on Hiroshima 68 years ago, more than 1,300 used fuel rod assemblies packed tightly together need to be removed from a building that is vulnerable to collapse, should another large earthquake hit the area.

The operation, beginning this November at the plant's Reactor No. 4, is fraught with danger, including the possibility of a large release of radiation if a fuel assembly breaks, gets stuck or gets too close to an adjacent bundle, said Gundersen and other nuclear experts.

That could lead to a worse disaster than the March 2011 nuclear crisis at the Fukushima plant, the world's most serious since Chernobyl in 1986.

Normally, a task this delicate would be carried out by computers, a former Tepco technician told Reuters, but due to destruction it will have to be done manually. And very, very carefully.

Tepco says it believes it will be able to handle the operation safely, but the company's track record dealing with the disaster so far doesn't inspire confidence. The fuel rod removal is expected to take a year of extremely careful work to carry out; the entire decommissioning process for the plant will take about 40.