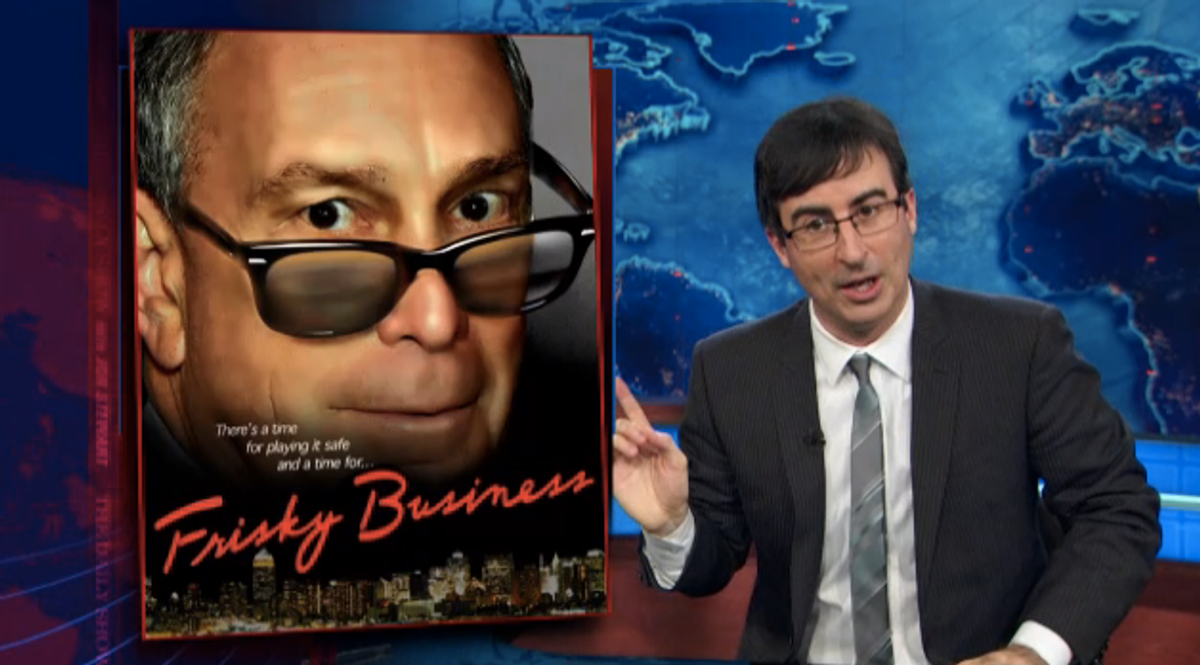 On Tuesday, a judge ruled New York City's Stop & Frisk policy unconstitutional. John Oliver summarized the controversy surrounding the policy, saying, "For years, opinion on Stop & Frisk has been divided, with black and Latino residents saying that it's an invasion of privacy, and white residents saying, 'Oh I think I heard about that on NPR!'"

Mayor Michael Bloomberg did not find the ruling fair, and plans to fight it with an appeal. "Hold on," said Oliver. "You think this program is being unfairly stopped and scrutinized even though it's done nothing wrong. I think I know millions of blacks and Latinos in this city who know exactly how you feel."