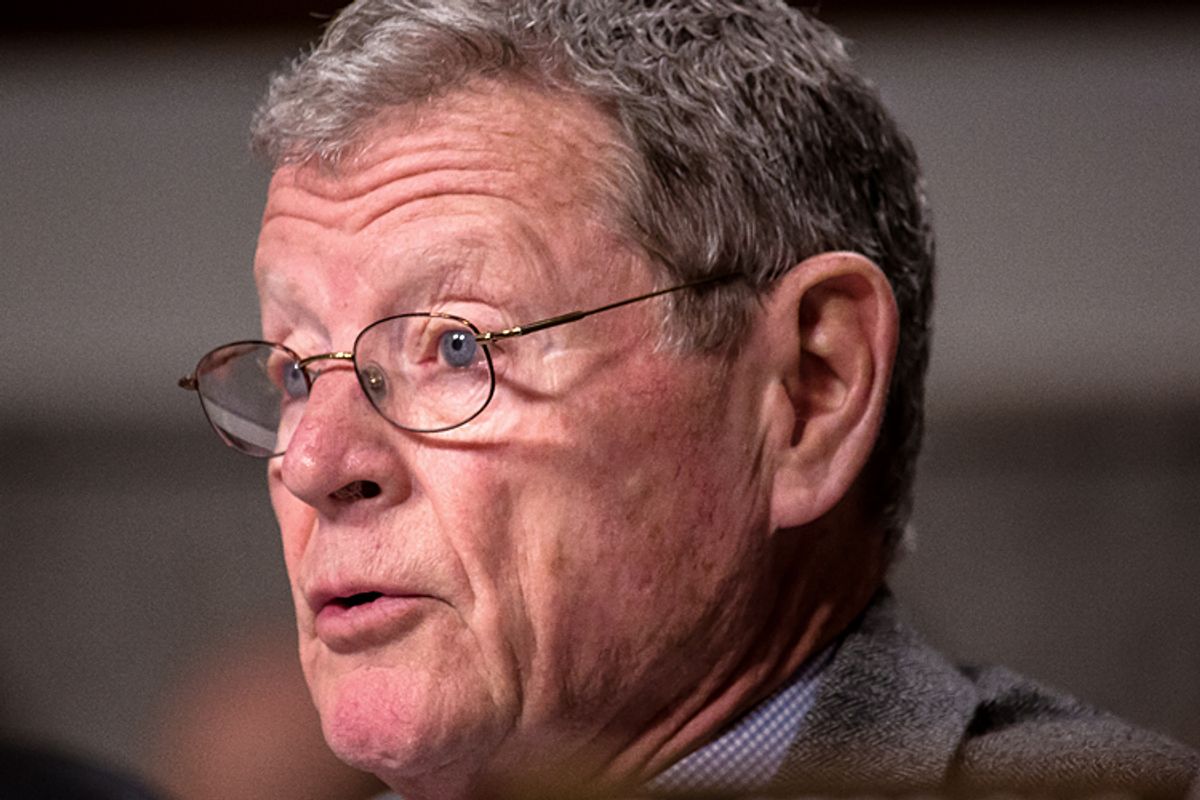 Going into August recess, GOP leaders were really hoping its members of Congress wouldn't yield to a shared tendency to talk about climate science.

"Republican leaders have a clear strategy for combating President Barack Obama’s climate agenda: Don’t talk about the science," reported Politico's Darren Goode. "Just as top Republicans have called for their party to rebrand itself by avoiding rhetoric that alienates minorities, young voters and women, key GOP lawmakers are trying to stay out of the long-running debate about whether global warming is real — a discussion that has often included biblical references or claims that scientists are committing a giant hoax."

To no one's surprise, though, that's a bit like hoping the scorpion won't sting the frog. Already this month, several House Republicans have given in to their nature.

"Just so you'll know, global warming is a total fraud and it's being designed because what you’ve got is you’ve got liberals who get elected at the local level want the state government to do the work and let them make the decisions," Rep. Dana Rohrabacher, R-Calif., who hilariously serves on the House Science, Space and Technology committee, told constituents last week. "Then, at the state level, they want the federal government to do it. And at the federal government, they want to create global government to control all of our lives. That's what the game plan is."

And he's not alone! Just this week, like a warlock out of GOP leadership's worst nightmares, Rep. Jeff Miller, R-Fla., somehow blended denialism, religious zealotry and reactionary anti-government nihilism into a single pot of magic brew. He lamented that dwelling on "this whole Al Gore thing of climate change unfortunately is not doing this nation any good," that he plans to "defund the EPA" and that the "climate will continue to change because of the way God formed the Earth."

So far, leading denier Sen. James Inhofe, R-Okla., has kept quiet for a few days, but just days before the recess he was on the Senate floor railing against Obama's plans for combating global warming, and the climate change concept itself.

Normally "GOP elected official denies climate science" is a dog-bites-man story, but this August it underscores the national party's inability to control its own worst instincts at precisely the moment members are supposed to be selling their purported softer sides to the public ahead of midterm elections.

It, of course, doesn't help them that Obama gave a far-reaching speech about global warming just a few weeks ago, and that his reconstituted campaign arm is making denialism a political issue. It's an important issue, and Obama's political treatment of it is completely appropriate. But it's also designed to bait Republicans into predictable behavior.