Extreme weather and climate change may be in a "vicious cycle" 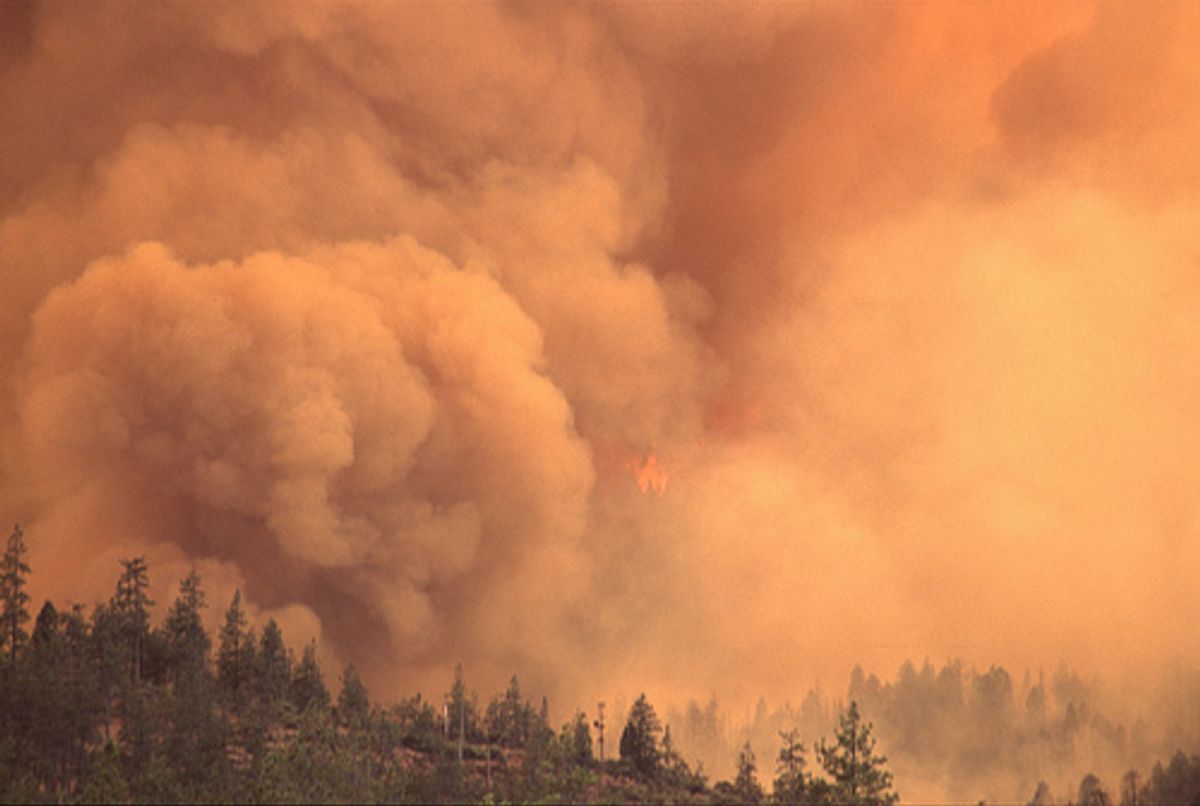 And when unnaturally bad weather occurs, a new study has found, it may reduce the ecosystem's ability to absorb carbon, meaning more remains in the atmosphere. Publishing their results in the journal Nature, a team of international researchers calculates that about 11 billion fewer tons of carbon dioxide are absorbed each year than what would be expected if extreme weather events did not occur -- an amount equivalent to a third of annual global CO2 emissions.

The proposed disruption to the carbon cycle looks something like this: “We cannot answer how strong this vicious cycle is," Markus Reichstein, the study's lead author, told Climate Central. "Increasing carbon dioxide emissions cause a warming climate and, associated with that, increase the intensity of extreme events." The researchers believe, though, that extreme drought, which kills off large areas of plants and trees, has the most significant effect.

The researchers weren't able to prove that this cycle is happening. They illustrated the different pieces they believe are in play using satellite images and data from carbon monitoring stations throughout the world. From that, Reichstein said, “This is the logical cycle that can be anticipated."