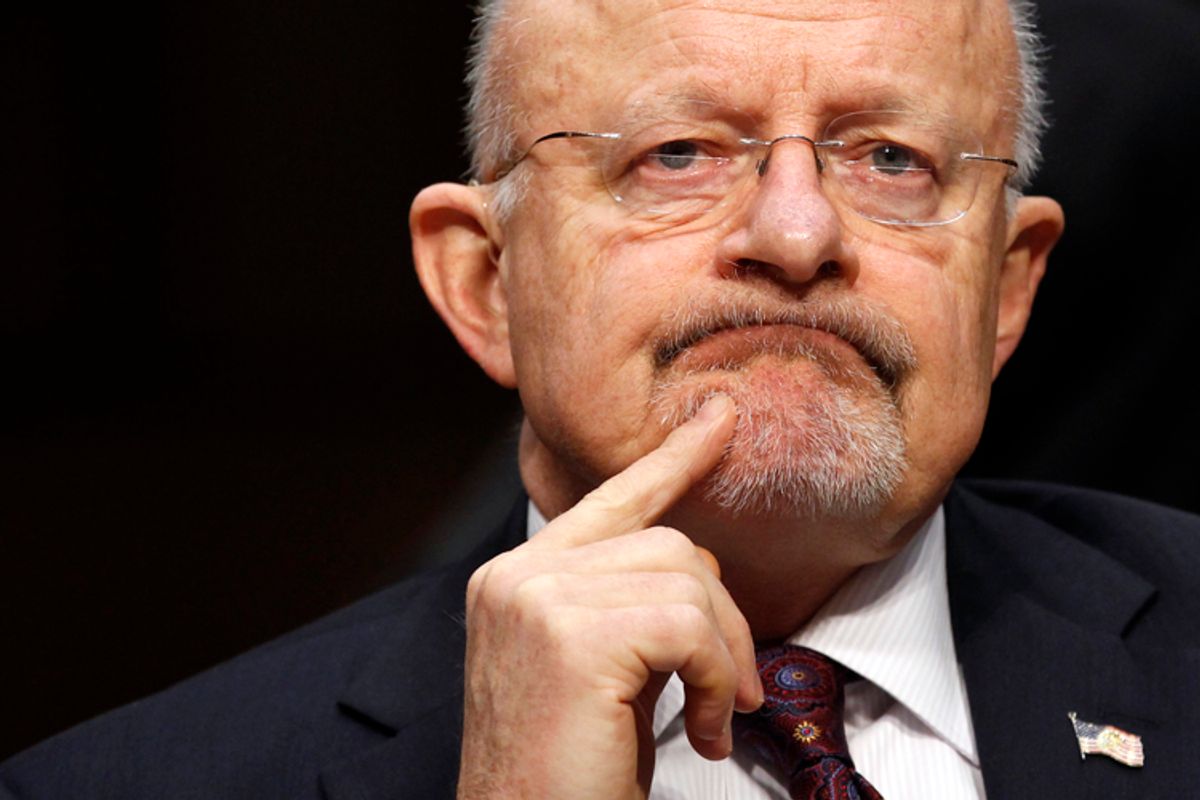 There is no longer any doubt that Director of National Intelligence James Clapper lied to Congress. Likewise, there is no doubt that his lie runs afoul of federal law. And, of course, there is no doubt that in terms of its implications for oversight, constitutional precepts and privacy for millions of Americans, his lies were far more serious than those that have gotten other people prosecuted for perjury. The question now is whether his brazen dishonesty will become a political issue -- or whether it will simply disappear into the ether.

As evidenced by President Obama this week attempting to promote Clapper to head an "independent" NSA reform panel, the White House clearly believes it will be the latter. But a set of new polls out today suggests such a calculation may be wrong.

The question posed to respondents was:

In the Democratic states of California and Hawaii, 54 percent and 58 percent of voters, respectively, want him prosecuted. In middle-of-the-road Iowa, it's 65 percent. And in Republican Texas and Kentucky, it is 68 percent and 69 percent, respectively.

These are particularly striking numbers because the "not sure" numbers are relatively small. Oftentimes, Washington scandals have a Las Vegas-style quality to them in that what happens in D.C. stays in D.C. That often means voters don't have strong feelings about a controversy -- or don't feel informed enough to have a strong opinion.

But in this case, the polls show relatively few voters expressing such a sentiment. That suggests not only that the NSA story has seeped into the national consciousness, but also that people are specifically aware of -- and disgusted by -- the rampant lying by the Obama administration.

PCCC is already running a campaign to try to force a formal investigation into the NSA's activities. Will we soon see ads by congressional candidates criticizing the administration's failure to prosecute Clapper? Last week, D.C. political operatives might have laughed at that idea.

But with these new polls, it doesn't seem so far-fetched. In fact, it seems more and more like shrewd politics -- especially if the White House continues to grant de facto immunity to Clapper and others who hid potentially illegal and unconstitutional surveillance from Congress.