I was lucky to come of age in a country so evolved about intercourse. And it's how I raised my daughter, too 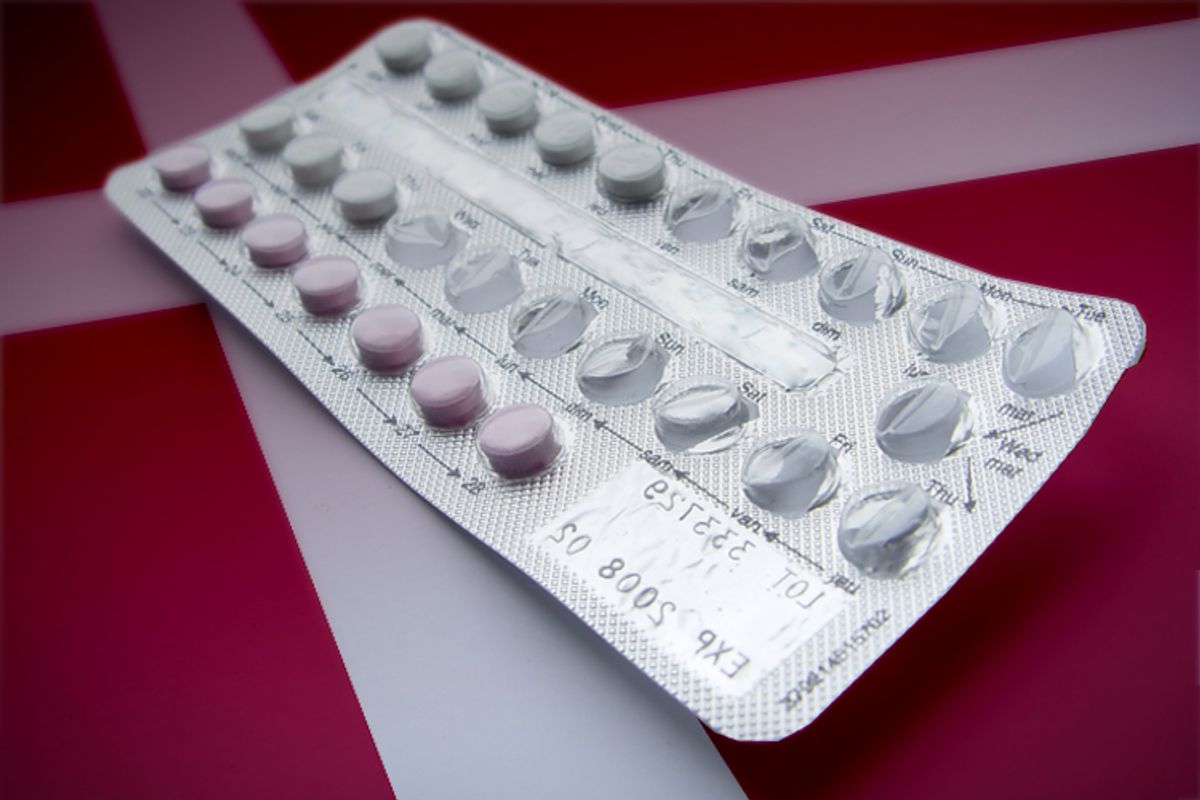 The first time I slept over at Peter’s house, we arrived so late his mom and dad were already asleep. We had a fun evening in his attic bedroom, but I was anxious when I woke up the next morning. Raised in America, I had never slept at a boyfriend’s place before. What would his parents think of me?  What would I say to them? I walked down the stairs with great trepidation, wondering if I should gather up my things and bolt. Even without articulating it to myself, my real fear was: Would they think I was a slut?

But Peter’s mother, Eva, greeted me at the bottom of the stairs with a huge smile. “Good morning!” she said. “Breakfast is almost ready. Do you prefer coffee or tea?” She was so sweet and warm and matter-of-fact that I wanted to cry with joy. In fact, I think I may have hugged her, right then and there. We became fast friends.

The recent New York Times article “Sex in a Teenager’s Room?” has generated a lot of conversation, including interesting articles in Slate and the Huffington Post. But for me, the most spirited debate has been taking place in private Facebook groups consisting of Danish women living in America. I’m not Danish, but I had the good fortune to come of age sexually while living in Denmark as a teenager. I wish everyone could be so lucky.

Back in the 1970s, long before it was popular to take a “gap year” between high school and college, I did so by embarking on a high school exchange student experience after I graduated, at the age of 17. The American Field Service program randomly sent me to Denmark.

In Denmark, it is common for teenage couples to spend the night together in each other’s homes. (As in the Netherlands, as detailed in a book by Amy Schalet, “Not Under My Roof: Parents, Teens and the Culture of Sex”). This was certainly not how I’d grown up. Though my parents were self-styled liberals, I lost my virginity in a typically American way: in the back seat of my high school crush’s car, parked in the high school parking lot during a school dance.  I remember asking my parents, when I was about 10, where babies came from, and my parents fumbled through a faux-jokey response.

Mom: Larry, do you want to take this one?

Dad: [laughing nervously] No, no, Jan, please be my guest.

During that discussion, they awkwardly informed my younger brother and me about the basics, and dispelled some misconceptions (but I thought babies came out of the woman’s butt!). And it was the only conversation we ever had about sex — until the night before I left for Denmark.

My mother was helping me fold clothes into my suitcases when she started clearing her throat. “So, Careen, um … you’re about to go to, um, Denmark. And, you know, they’re a lot more open about, um, sex over there. So, you know, um, if there’s anything you want to ask me …”

I quickly reassured her that I knew everything I needed to know.  She smiled in relief, changed the subject, and we finished packing.

So imagine my surprise — after moving in with a gregarious Danish family in their big, rambling house on the outskirts of Copenhagen — when I observed that my younger Danish host brother, at age 15, had a girlfriend who would frequently eat dinner with us … and eat breakfast with us again the next morning. She was spending the night. In his room. And his parents were OK with it. And so, presumably, were hers.  I knew Denmark was going to be different, but I hadn’t been prepared for this.

After some months in Denmark, I fell in love with a tall, 19-year-old blond named Peter. He was actually an acquaintance of my host mother’s — she was a well-known amateur collector of fluorescent minerals, and he was a science geek who had met her at a talk she gave at the Danish Geological Museum — so it was natural for him to spend time with me in my host family’s home. One Friday night, after a late dinner, it seemed just as natural for him to spend the night rather than driving back home, which was at least a 30-minute commute.

My host mother, assuming (correctly) that most Americans are more puritanical than Danes about sex, and anxious not to tread on my own parents’ values, asked me the next day (somewhat belatedly) if she should give my mother a call. I breezily told her not to worry. It wasn’t the first time I’d had sex, and yes, we were using protection. In fact, thanks to the Danish healthcare system, I had already gone to a doctor in town and gotten a prescription for birth control pills, which I was able to fill at the local pharmacy free of charge.

My parents came to visit me in Denmark in the spring of my year abroad, staying in my host family’s house. The first morning after their arrival, my mother came into my bedroom, just like she had always done when I was growing up, to wake me up. She was surprised to find Peter in my bed, and mumbled a quick greeting before swiftly taking her leave. But she said nothing further about it, and we all had a nice week together before my parents flew home.  I was pleased that they had apparently accepted my adulthood and ability to make my own decisions, and glad that I could be open about the fact that I was having sex with my boyfriend.  The days of making out in cars were behind me.

Fast-forward a year later. I’m home for the summer after my first year in college. Peter has come to visit me. My parents greet him warmly.  But when I start to take his suitcase upstairs, assuming that he will stay in my room, my father steps in, grabs the suitcase, and takes it and Peter down to the guest room in the basement. That is where they expect him to stay for the duration of his visit. Peter and I quickly decide that we want to embark early on our planned cross-country driving trip, and leave the next day.  Did my father think we wouldn’t have sex while we were on the road?  Of course not.  But he took a typical “not in my house” attitude, and my mother went along with it.  I was so disappointed at the hypocrisy.  It was back to sex in cars for the summer.

When my own daughter embarked on her first serious high school relationship, we talked openly about birth control.  The summer after her senior year of high school, her then-boyfriend frequently spent the night at our house, and we all had lovely breakfasts together in the morning.  My daughter and I never had “the talk” either, but not because I was afraid to talk to her about sex, or because I wanted to shelter her from the facts of life, or because I willfully pretended not to know that she had become sexually active. Rather, I strived to create an ongoing sense of openness and trust between us. We talked about sex many times over the years, as the subject came up and when it seemed appropriate, just like we talked about anything else. I never explicitly told her to have some awesome fucking sex, like the father whose blog post recently went viral. But I hope I created an atmosphere that allowed her to embrace her sexuality and her sensuality, to trust me and to trust herself.  She is now 23, and I do hope she’s having some awesome fucking sex.  There, I said it.

I do know that, unlike some of her more sheltered peers, whose parents monitored their every move until they left home, my daughter didn’t need to go wild with drink and drugs and sex in college.  Sure, she’s experimented with all of the above, but she has always kept a level head. I like to think I was able to raise her this way because of my own open-minded introduction — station wagon deflowering notwithstanding — to a key part of human existence.  This is the way the women in my Danish Facebook group were raised, and this is how many of them are trying to raise their children in America, but it’s a challenge. Maybe it’s no surprise that the Danes have been called the happiest people in the world.  We could learn a thing or two from them. I certainly did.

Careen Shannon is an attorney and writer in New York City.