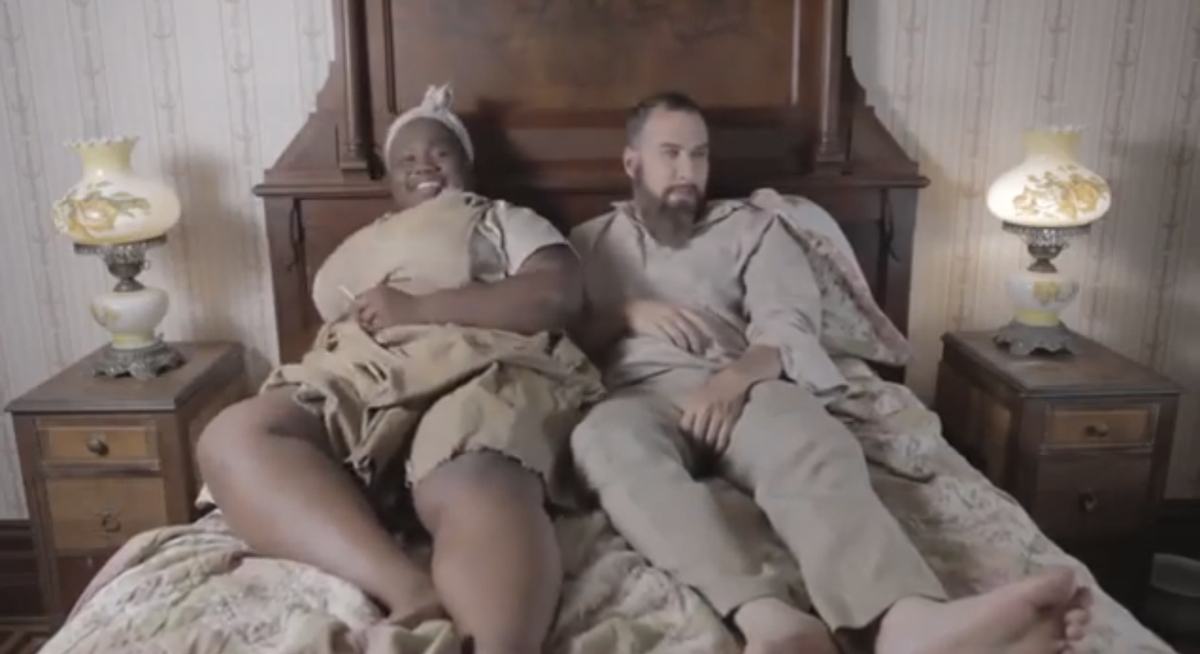 The video desecrates the memory of abolitionist icon Harriet Tubman, who in the clip attempts to achieve freedom by blackmailing a slave owner with their sex tape. Worse, still: It's suggested that the sex is actually rape: "All these years, I've been actin' like I didn't love our special time together. But tonight that's all gonna be different," Tubman tells the slave owner. The video is painful to watch, with Tubman screaming, "Who's the master now?" and "That's right, I'ma set you free," mid-coitus.

When it first appeared online, Simmons promoted the clip on Twitter, writing that it was the “funniest thing I’ve ever seen.” But after facing pressure from the NAACP, a Change.org petition and bloggers and celebs on Twitter, Simmons has issued an apology on GlobalGrind, writing:

In the whole history of Def Comedy Jam, I’ve never taken down a controversial comedian. When my buddies from the NAACP called and asked me to take down the Harriet Tubman video from the All Def Digital YouTube channel and apologize, I agreed.

I’m a very liberal person with thick skin and it’s hard to offend me. My first impression of the Harriet Tubman piece was that it was about what one of actors said in the video, that 162 years later, there’s still tremendous injustice. And Harriet Tubman outwitting the slave master, I thought it was politically correct. Silly me. I can now understand why so many people are upset. I have taken down the video. Lastly, I would never condone violence against women in any form, and for all of those I offended, I am sincerely sorry.

The Change.org petition calls the video "vulgar," "in extremely poor taste" and "dangerous."

"As an influential cultural producer, father and chairman of the board for the Foundation for Ethnic Understanding, Russell Simmons should not only remove the video but also apologize for ADD's role in dishonoring the memory of enslaved women throughout the African diaspora and contributing to rape culture."