West Virginia could be the next abortion battleground 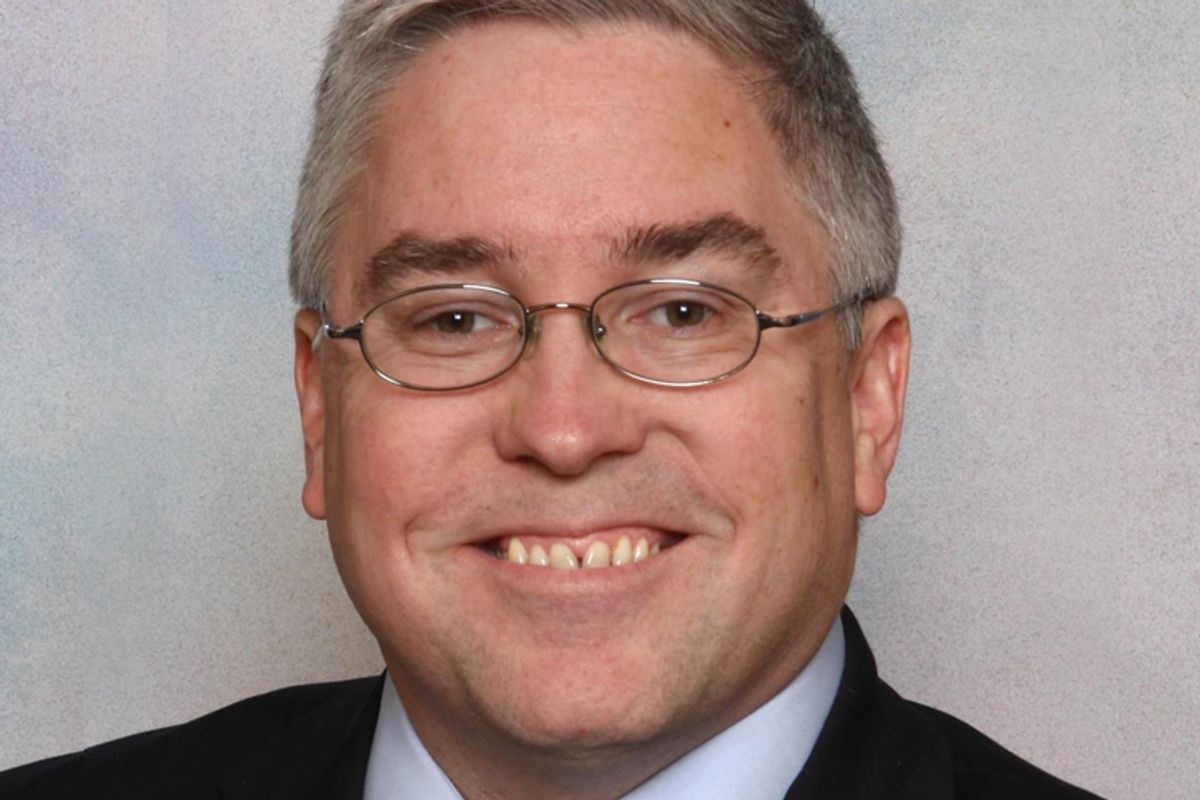 We've seen abortion rights challenged all over the country, and now West Virginia looks like the next battleground state. On June 17th, West Virginia Attorney General Patrick Morrisey sent letters to the state's two abortion clinics asking them to answer 17 questions about abortion regulation and medical procedures. The questions included:

The Women's Health Center and Surgicenter, both located in Charleston, submitted short responses to Morrisey's inquiry, but would not answer the attorney general's specific questions about medical procedures performed at the facilities.

And many reproductive rights organizations, health care professionals, and activists are criticizing  Morrisey for overstepping his boundaries as Attorney General with this measure -- they argue that he's prying into medical procedures that aren't part of his purview. “By launching an inquisition, the Attorney General is fulfilling a right wing campaign pledge to protect life,” says Margaret Chapman, executive director of West Virginia Free. “He promised to be a pro-life candidate, but that doesn't have a place in the Attorney General's office.”

Chapman says Morrisey's actions mirror those of Virginia's Attorney General Cuccinelli in his attempts to insert himself politically in the practice of medicine. Not only did he champion legislation to shut down Virginia's abortion clinics, Cuccinelli was also instrumental in the transvaginal ultrasound bill that was proposed and partially passed in Virginia last year.

Historically, West Virginia has been much more liberal than Virginia. The death penalty was outlawed in 1965 and their state constitution guarantees more rights to health and safety.  In 1993, abortion became covered by Medicaid as a result of Women's Health Center v. Panepinto ruling.

“We've been reminding Mr. Morrisey that we're different from Virginia,” says Chapman. “As the Attorney General, he either doesn't know the laws and regulations of our state or has launched an inquisition based on political agenda. Both answers are unsettling.”

Dr. Coy Flowers, president of Fairness-WV’s Board of Directors, responded to the Attorney General with a letter reminding him that all women’s health providers in West Virginia are subject to certification by the American Board of Obstetricians and Gynecologists. And the American Congress of Obstetricians and Gynecologists (a separate body) believes the government should not interfere with the patient-physician relationship without a substantial public health justification.

“A woman's health is not just vitally important to her, but to the sustainability of the community and family unit,” says Flowers. “For government officials to start the process of trying to intervene in her decisions for herself is not healthy for anyone. We know that these healthcare providers and regulated like all other healthcare providers in the state. This is misleading people of West Virginia and wasting tax payer money.”

Despite the advice from medical experts and general outcry from the community, the Attorney General does have many supporters. The anti-abortion group Family Policy Council of West Virginia recently started the Illuminate campaign, which the group calls an effort to ensure safety in the abortion industry. In West Virginia, Medicaid pays for abortion for low-income women and group is against both private and Medicaid-funded abortions.

Wanda Franz, president of West Virginians for Life, says her organization is not part of the campaign, but agrees with their work. “Our positions is that if you have a medical facility doing invasive medical procedures, there should be regulations that protect the people who are going to these places,” Franz says. “Everyone assumes that these facilities are being regulated. We don't know why this is causing such a fury.”

Lewis has been working closely with reproductive rights groups and other clergy members to prepare for a rally at the state capitol on August 20th. “It's hard to get religious people to speak out. Many are afraid because it's a hot-button issue. There are a lot of meetings behind the scenes. We have to find a way to mobilize,” he says.

College student and activist Katelyn Campbell has also been preparing for the rally using social media to recruit young people. She says she's been angry and upset about what is happening in her home state. “I'm West Virginian born and bred and I want to come back and raise my family," she says, "but I don't know if I can come back if this is how they're going to treat women.”

Correction: An earlier version of this article misstated the body that regulates women's health providers in West Virginia. It is the American Board of Obstetricians and Gynecologists.

Erika L. Sánchez is a poet and writer living in Chicago. Her work has been published in Cosmopolitan for Latinas, NBC Latino, The Guardian, Al Jazeera, Truthout, and other publications. She is a recipient of a Fulbright Scholarship and 2013 "Discovery"/Boston Review poetry prize. You can find her on Twitter @ErikaLSanchez, Facebook at https://www.facebook.com/writererikalsanchez, or www.erikalsanchez.com.