When wind power is too effective 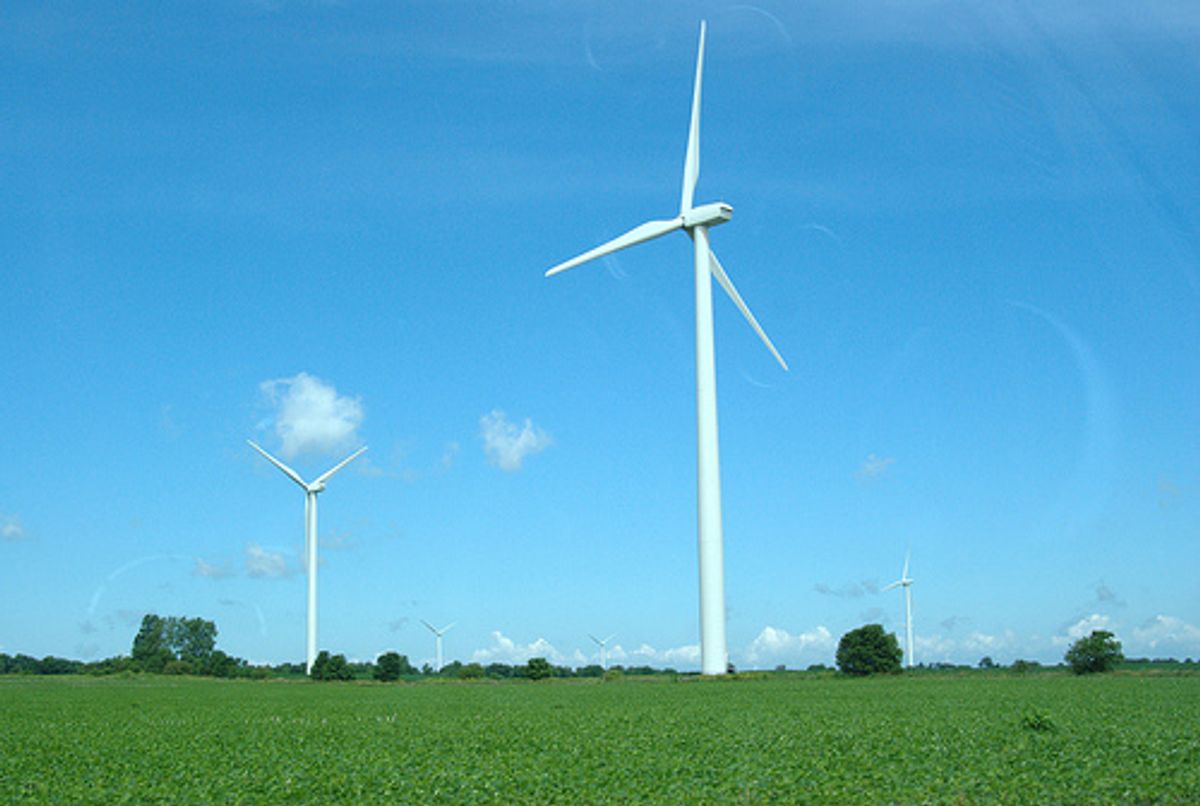 Why would a grid system operator limit the power produced by wind turbines to a third of their capacity? So-called curtailments, the New York Times reports, are occurring in Vermont, Maine, New Hampshire and throughout Texas and the Midwest even as the wind power industry surges.

While reducing damage to birds and bats that fly too close to the turbines is one explanation for the curtailments, often it's because the system isn't prepared to deal with the intermittently strong bursts of energy they produce:

Indeed, in New England in recent months, the grid system operator has cut back power from wind and hydroelectric plants several times, generally, its representatives say, because they were making too much electricity. New wind farms are frequently located in sparsely populated areas or along mountain ridges where there has not been a need for transmission lines with a robust carrying capacity, officials say.

In addition, it is more difficult to properly synchronize wind’s fluctuating power flow with a system built for the steadier electric stream that fossil fuel plants tend to produce.

Too big of a surge, a grid spokeswoman told the Times, "could overload and shut down the wires, leading to a drop in voltage on the system that could spread blackouts through the region and to other parts of the country." But wind power producers are angry that more isn't being done to promote renewable energy. They say they're being held back from reaching their full potential:

David Hallquist, chief executive of Vermont Electric Cooperative, which co-owns Kingdom Community Wind, has estimated that the curtailments cost the farm more than $1.5 million last winter. In New Hampshire, ISO New England allowed only about half of the potential power from the Granite Reliable Power wind farm into its system last year, leading the farm’s owner to temporarily withhold some of the payments it was supposed to make to Coos County, where it operates. David Blittersdorf, chief executive of AllEarth Renewables, which developed Georgia Mountain Community Wind in Vermont, said that at full operating capacity he can lose $1,000 an hour if the electricity is not sold.

It's past time, they say, that the system catch up.