Fracking stalls amid protests in England 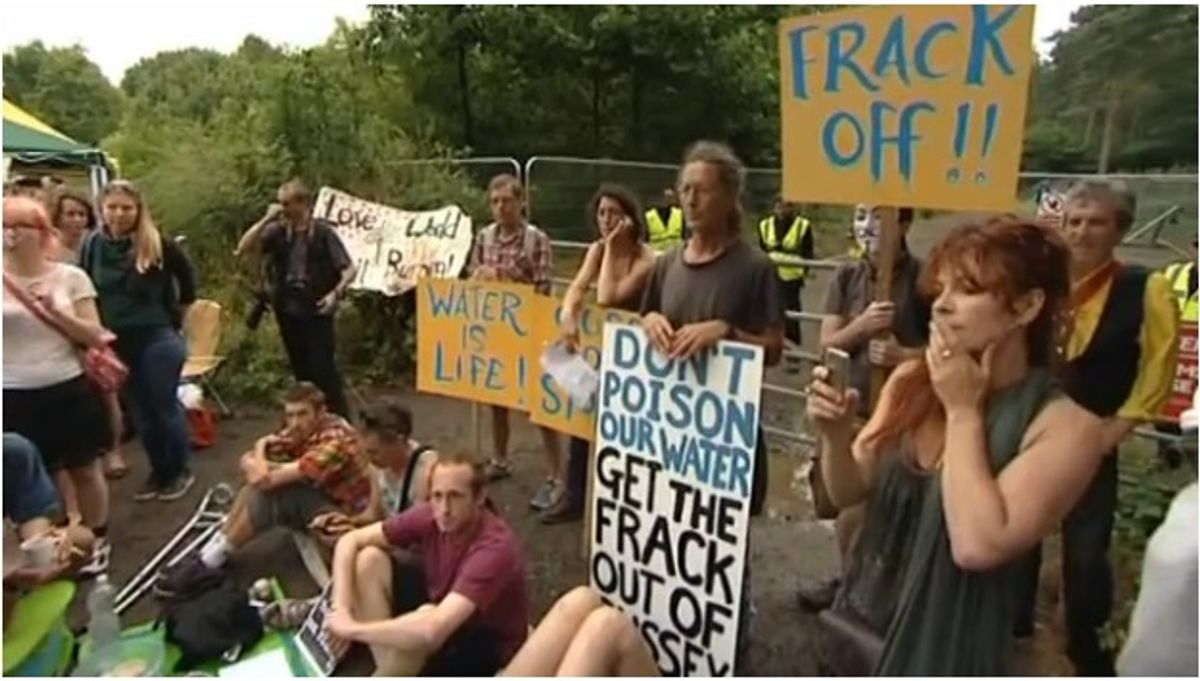 The push to tap Britain's underground gas reserves has had its work cut out for it ever since a Conservative party politician suggested fracking take place in the "desolate" North East, bruising egos and igniting a debate over where -- if anywhere -- to drill.

The North East out for the moment, the energy company Cuadrilla Resources Ltd. has been exploring sites in southern England. But they've temporarily halted drilling, the AP reports this morning, in the face of protests from both environmentalists and residents:

Demonstrators are planning to expand a protest camp Friday near the village of Balcombe.

"I'm quite worried about safety on the site," Cuadrilla chief executive Francis Egan told ITV News. "We have a group who are relocating a camp to the site, who have said publicly that they will be taking direct action against the site."

"Cuadrilla's announcement that they'll halt drilling is already a victory for us, but it's only a start," said one of the demonstrators, Luke Johnson. "We would like to make sure they don't frack in Balcombe, or anywhere else at all."

The company says it will resume drilling as soon as the police say it's safe to do so.