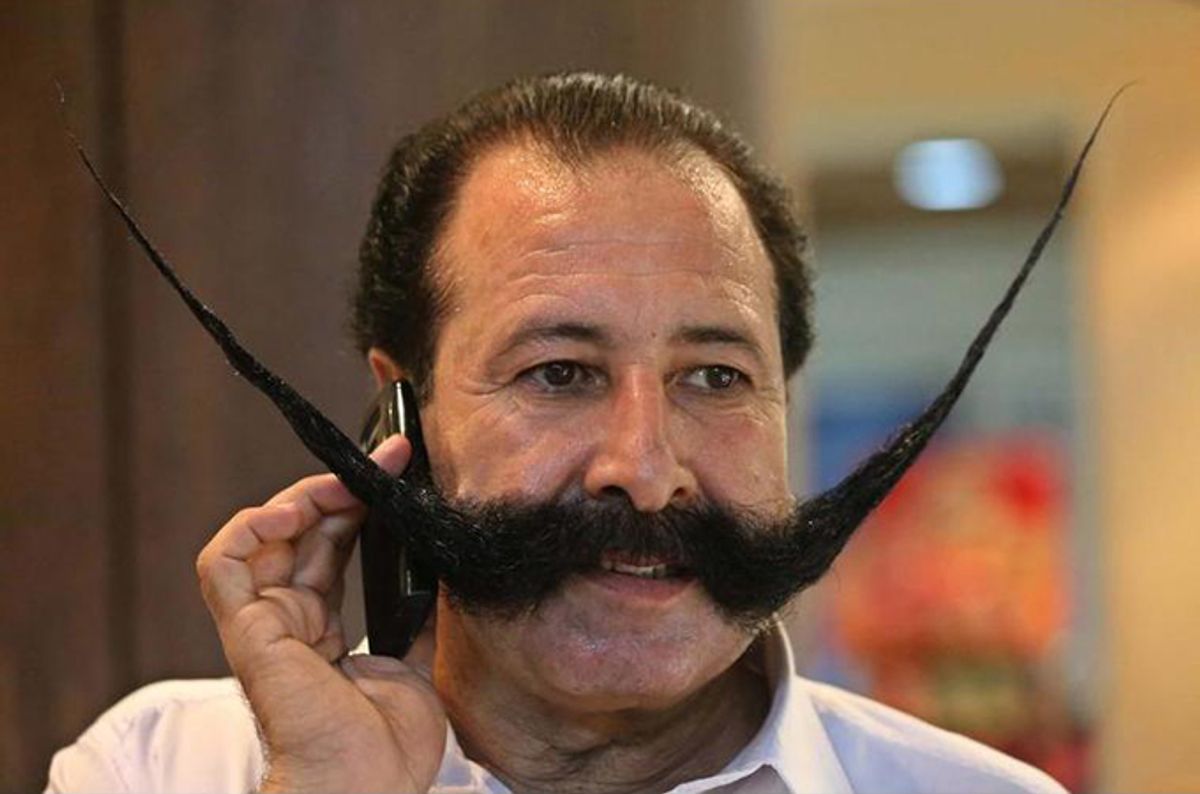 "I can leave my family, I can leave Pakistan, but I can never cut my mustache again," said Afridi [EPA]
--

This may be the mustache that launched a thousand death threats, yet a Pakistani man, Malik Amir Mohammad Khan Afridi, is still refusing to shave the 30-inch soup strainer that recently got him into trouble with some local militants.

According to Al Jazeera, militia group and Taliban ally Lashkar-e-Islam deemed Afridi's whiskers to be "un-Islamic" and demanded $500 in "protection money," which he refused to pay. The group then kidnapped the 48-year-old businessman and held him hostage in a cave for a month until he finally shaved.

Last year, Afridi, unafraid, grew it back -- spending up to 30 minutes a day waxing, combing and fortifying his facial furniture -- and the death threats began again. To keep his wife and ten children safe, he left his hometown and family behind, and once again took to the road. He now sees them only rarely.

The cocktail of oils, soaps and ointments he uses to keep his follicles fabulous cost around $150 a month -- but Afridi receives help from the Khyber-Pakhtunkhwa administration, which pays him a "moustache bursary" of $50 a month as a symbolic gesture of the state's appreciation for the bravery and virility supposedly associated with the manly growth.

Islamic teachings on facial hair are far from clear-cut, and the range of clean-shaven and beard-sporting Muslims indicates that texts on such matters are subject to cultural interpretation, just as wearing the hijab is also not universally accepted.

While his family is still waiting for him to return from exile, Afridi says his decision is about more than just keeping the luscious handlebars that would have made even Dalí jealous.

"I don't like smoking. I'm not fond of snuff, or drinking. This is the only choice in my life," he said. "I'd even sacrifice food, but not the mustache. It's my life. It's not part of my life. It is my life."