Proof that bike lanes are great for business 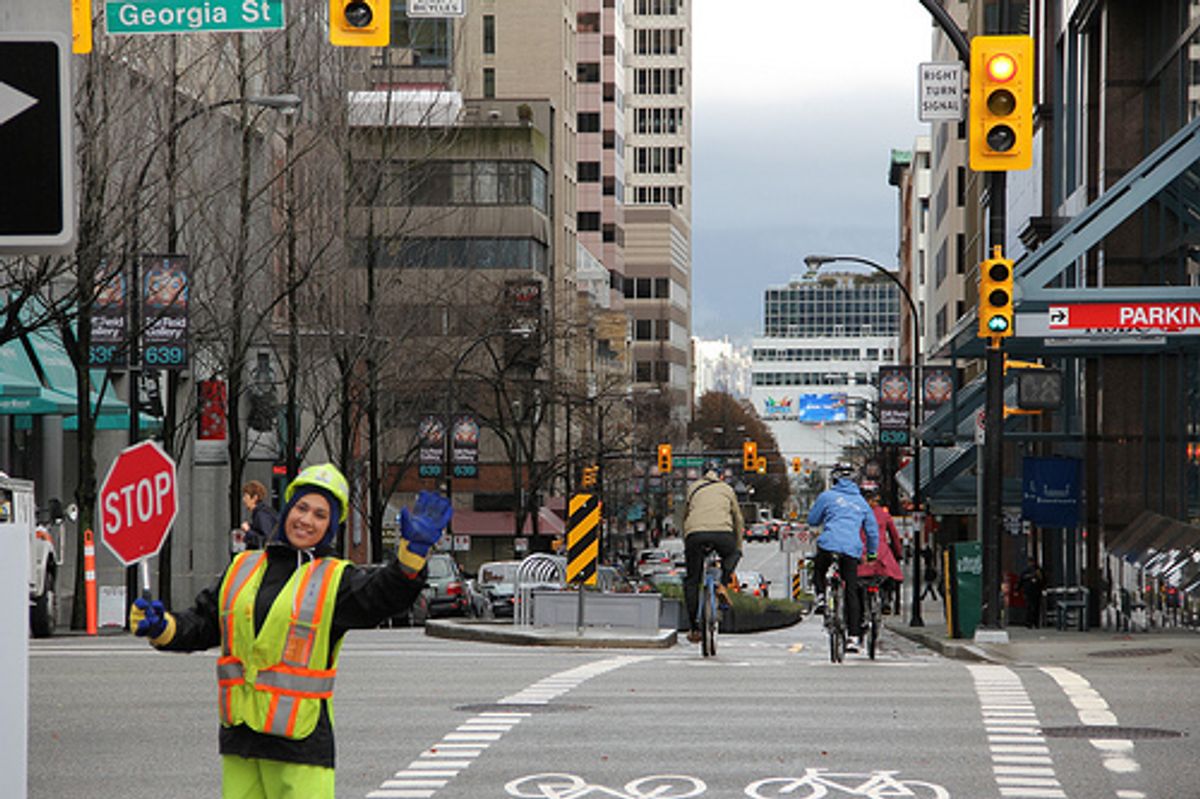 Bike lanes aren't always welcomed into commercial districts with great fanfare. When they made it to New York's Upper West Side back in 2011, for example, they reportedly "erased parking spots, squeezed motor vehicle lanes and eliminated curbside access for dozens of stores" -- three-quarters of business owners who were initially in support of the plan later claimed the lanes hurt their bottom line.

For a similar project in Seattle, businesses were less optimistic to begin with. At the Seattle Transit Blog, Kyle Rowe writes:

During the public comment period for the Bicycle Master Plan, numerous businesses wrote to the city in opposition to the new facilities planned on their streets. Rightfully so, these businesses are concerned about customers’ access to their storefront. With little data to show, planners are at a loss when trying to show that the proposed changes to the right-of-way will not hurt businesses.

So Rowe pulled together some stats. It turns out that in this case, things went a bit better than expected. Here's what happened to local businesses' revenue after a bike lane was installed: That's an increase in revenue, according to Rowe, of over 400 percent -- even though the lane eliminated 12 parking spots.True, there was no way to look at sales for individual businesses, so it's possible that what drove the increase was a really popular store opening. Another area of Seattle got a bike lane without the same incredible results, but there didn't seem to be any negative impact, either: Regardless of which more closely resembles the norm, they both help make the case for increasing two-wheeled traffic.