Conservatives freaked when they thought Reince Priebus called them racist, because being called racist is the worst 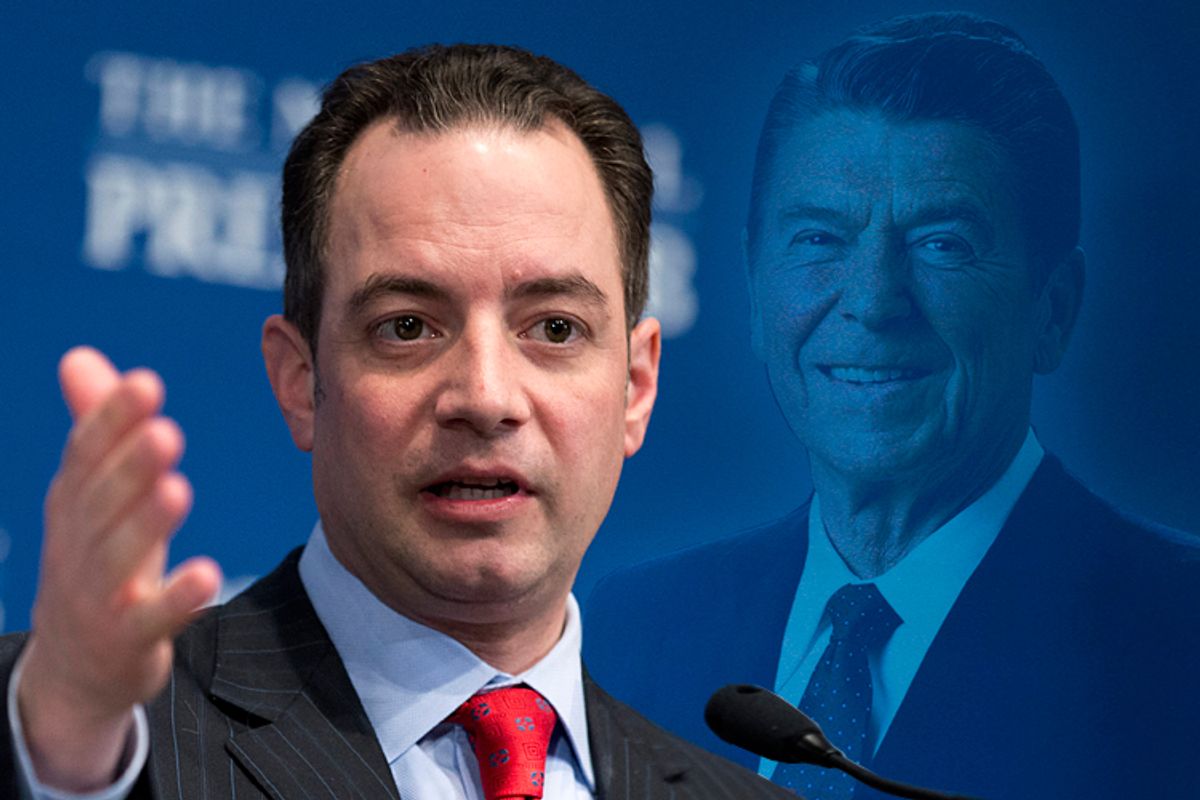 The big news out of the RNC meeting today is that chairman Reince Priebus didn't actually call Mitt Romney's endorsement of a "self-deportation" policy racist, as initially reported. It turns out he just said it's "horrific" and "hurts us," the latter of which kind of sounds like "racist" if you think about it.

He's right. It is horrific. It's also a little racist.

Which brings us to the revealing part about the whole imbroglio. Which is that the uproar in response to the initial report wasn't rooted in the idea that impolitic GOP comments about immigration and immigrants aren't racist. People flipped out because everyone knows that many conservatives think being called racist by anyone, let alone the chairman of the RNC, is far, far worse than supporting policies that make life harder for minorities.